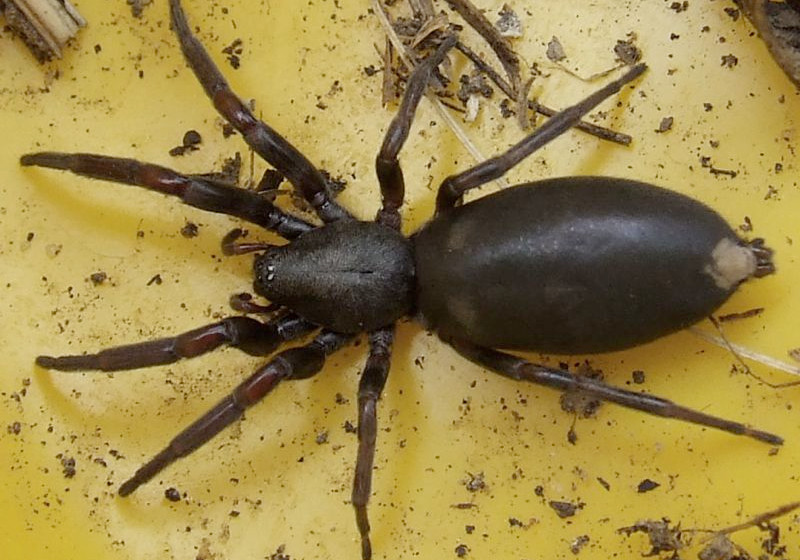 The first time I saw a white tailed spider I was in my late twenties living in Melbourne, I thought they looked mean. How was I to know their bites caused necrotic ulcers?

You’ve probably seen them in your Hobart home and likely also jumped well out of their way believing your flesh will rot if they bite you, most people do. According to Australian Geographic this is a 20-year-old urban myth. They’re not after your flesh, they’re actually after daddy-long-legs and black house spiders.

During a home school first-aid demonstration I attended last year the facilitator explained the spiders find old skin cells delicious. “So who here keeps their room tidy and hangs up their towel?” More kids from that group would put their hand up today than did in that session I am sure of it.

They love are warm, dark spots in which to live. You’ll find them in your sheets, under cushions and just yesterday I saw one run between the floorboards. Should you be worried about their presence? What happens if they bite you, and are they even Hobart natives?

Yes, they’re native. Being Tasmanian they enjoy a nice comfy home just as much as you do in the changeable warm/wet/cold/ sunny Tassie spring. That’s why you’ll be seeing more of them around now. White tailed spiders don’t spin webs, they patrol at night looking for their next meal. Living behind your lounge, in your wardrobe or under your bed gives them the perfect vantage point from which to emerge, hunt down black house spiders in your home and eat them.

White tailed spiders are found in the southern parts of Australia and up as far as Queensland, though less prevalent. They also live under bark in the garden and bushland along with living in the crevices of your home. Their presence is a sign of biodiver­sity in your area, this is a great thing.

If you are bitten by a white tailed spider the chances are you’ll feel pain on par with a bee sting. The area which is bitten will swell up and go red, if you have ice nearby put some on to reduce the pain and swelling. If not, no need to worry as it’s highly unlikely the situation will medically escalate. You’ll also want to make sure the bite site is clean.

A regular, fairly harmless, native resident of Tasmania their presence in your home fills the role of ‘pest man’.

With white tailed spiders in your home you can rest easy knowing that other house spiders’ numbers are kept in check. The next time you see one, rather than jumping three metres into the air to avoid a bite, give it a little smile because it’s not so mean after all.