Rolling on the River at Echuca 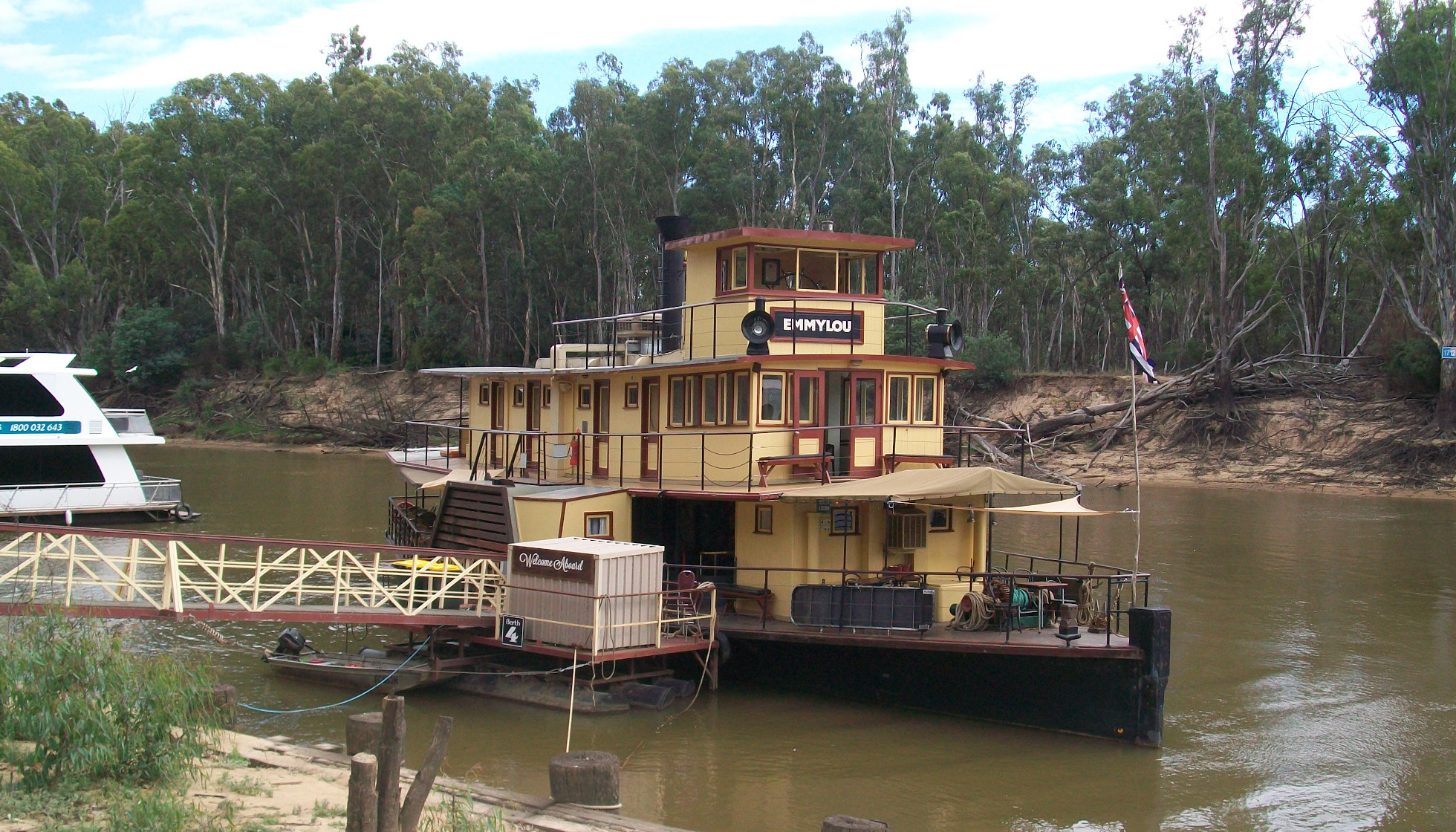 Our colonial history is a common motive for exploring our many regions. One Victorian town so committed to the special theme of the colonial river trade is Echuca.

Situated on the Murray River, 224 kilometres north of Mel­bourne, it has preserved the history of Australia’s early river trade; where paddle steamers made up the dominant transport between river settlements; enhanced by a rail link to Melbourne. Originally, it had over 70 licensed drinking houses; one of which, The Star, has a secret cellar where those engaging in questionable legal activities would hide in the event of a police raid. It continues to trade with an entrance off Murray Esplanade and coming up into their pizzeria.

A significant part of Echuca’s 1890s history was both the setting and shooting location of the 1983 ABC miniseries, All The Rivers Run featuring actors John Waters, Sigrid Thornton and Charles (Bud) Tingwell. Many locals are keen to boast the occasional visit from two actors in particular who are said to have developed a special affection for the locale and the career experience.

Today, you can walk through Murray Esplanade, preserved pretty much as it was, with a range of traders in crafts, clothing, hotels and even a cinema. One interesting modification was the replacement of the concrete kerbs and gutters with curbed redgum bark to enhance the authenticity of the 1890s temporal setting. It fascinated the locals so much that the gutters have remained ever since.

With so much to explore, the Port of Echuca Discovery Centre conducts walking tours around the wharves, explaining various features – a foundry, timber mill, and a railway station with a stationary locomotive sitting on a section of rail with point access to the main line which crosses the Murray River into the New South Wales town of Moama. It terminates ultimately in Deniliquin, approximately 50 kilometres to the north.

For those keen enough to explore beyond the river precinct, there is the 1869 heritage listed Echuca Police Station and Lockup complex in Dickson St with very rudimentary cells, also used as props in All The Rivers Run.

A special treat for the Holden enthusiasts, the National Holden Museum in Warren Street has preserved samples of most of the Holden models dating right back to the 48/215 model, popularly referred to as the FX. The Beechworth Bakery, one of eight in Victoria, has an unbelievable range of bread and pastry treats to die for.

The highlight however is the fleet of paddle steamers which offer a range of cruises from an hour up to overnight, dinner and wineries options. Some notable examples include PS Canberra; PS Emmylou and PS Pride of the Murray. Having experienced one with my family, I can testify to an amazing experience which included views from the wheel house as other vessels passed in the opposite direction, the river banks flanked by redgums and a river view perspective of the wharf infrastructure which was a major triumph of engineering for 1890s Australia.

I recommend Echuca as a ‘must do’ in the bucket list for anyone fascinated with our colonial history. Moama boasts several modern cabin resorts on the river’s edge with a whole range of recreational amenities geared for family holidays. There are also a range of modern houseboats for hire.