What’s With The Weather? 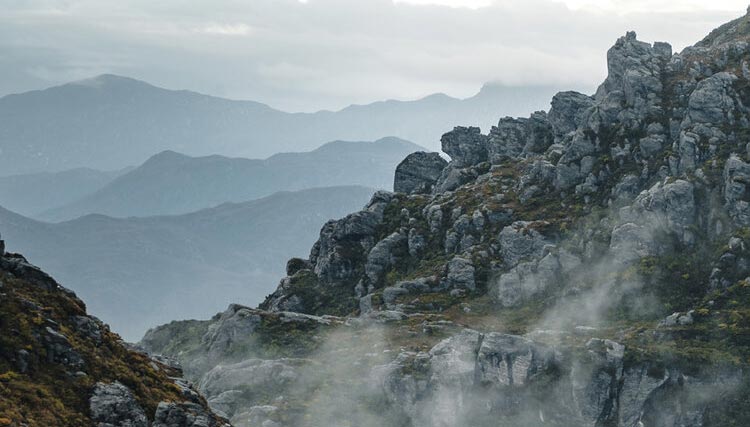 If you tend to say “what’s with this weather?” a fair bit, then read on my friend!

Q: Why do we get sunburnt easily?

A: Even though Tasmania is known for its mild summers, it doesn’t take much to get sunburnt. Tasmania experiences extreme ultraviolet (UV) levels, but contrary to popular belief this isn’t due to the hole in the ozone layer, which is actually south of the continent.While higher UV levels often occur at the same time as higher temperatures, the two are not linked. Instead, UV levels are determined by the angle of the sun in the sky: the higher the sun, the higher the UV. In December and January, the position of the sun over Tasmania gives the state a UV index of 11 or more on most days, which is classified as “extreme” on the UV index. Tasmania’s lack of humidity and generally clear skies contribute to the stinging feeling of the sun. UV can reflect off buildings and water, making it possible to get a higher dose of UV from these reflected rays, even in the shade.

Q: Why does being in the lee of kunanyi/ Mt Wellington make Hobart’s weather system different from the eastern shore’s?

A: In meteorology, “leeward” and “windward” are terms that indicate the direction of the wind with regard to a point of reference such as a mountain. The windward side faces the prevailing winds, while the leeward or “lee” side is sheltered from the wind. Being in the lee of Mt Wellington gives Hobart a relatively dry, warm climate. This is because by the time air rises up the windward side and reaches the summit most of the moisture has escaped. Then the dry air descends the lee.

Q: Why is the west coast so wet and the east coast is in drought?

A: The weather on Tasmania’s west and east coasts is very different, which can seem strange for a relatively small island. The west coast is notoriously lush and rainy, while drought is common on the east. This is due to Tasmania’s west coast mountains catching most of the rain, so by the time the air makes it to the east coast most of the precipitation has already fallen. On a smaller scale, this is also why the western side of Mount Wellington receives more rain than the city of Hobart.

Q: Why is it warmer up north?

A: The summers in Hobart are cooler than in Launceston because of the sea breeze off of the Derwent River. However, since Launceston is in a valley, winters there can get much colder than in Hobart.

If numbers aren’t your thing, Blue might be the weather app for you. Hourly weather is represented by colour in a gradient ranging from purple (extremely cold) to pink (extremely hot).

The SunSmart app is designed to protect Australians from the sun. It allows users to select their location and opt-in for UV index alerts. The app’s “Sunscreen Calculator” lets you know what the minimum sunscreen requirement is and gives the option to set reminders to reapply sunscreen every 2 hours.

Dr. Olivia Hasler is a doctor of green criminology and freelance writer in Hobart.