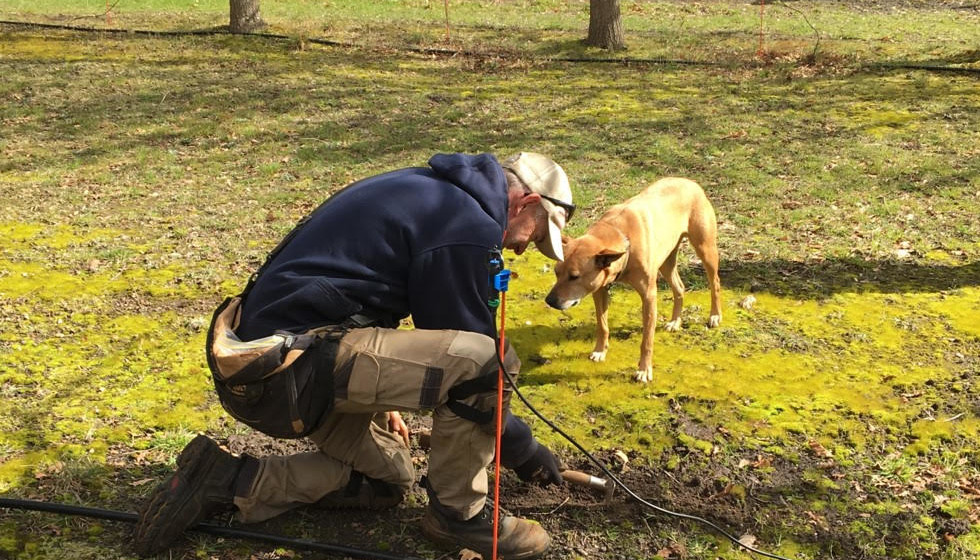 At the special Q&A launch screening of The Truffle Hunters documentary recently at Hobart’s State Cinema, welcome memories of truffle hunts flooded back.

Directors Michael Dweck and Gregory Kershaw, who were fascinated by a group of aging men in the Piedmont region of northern Italy who hunt deep in the forests for the rare white Alba truffles, have made a beautiful study of these men and their beloved companions, the clever truffle dogs so in­dispensable to this way of life.

This screening was enhanced by the presence of Ina and Timothy from Tasmanian truffle farm The Truffledore, and their own friendly truffle dog, Cody. It threw me back to August last year and my first excursion out of lock­down. Truffle hunting – not in Italy or France, but in Lower Barrington, near Sheffield, at The Truffledore where Ina and Tim farm Périgord black truffles – also known as Tuber melanosporum, or the “black diamond”.

Ina Ansmann (a marine biologist/zoologist by trade, originally from Germany) and Timothy Noonan (a Queenslander who has worked as a paramedic) took on this truffle farm and business in early 2019, after falling in love with it at first sight. In June last year, following lockdown easings, they were able to open their doors just in time for the winter truffle season from June to the end of August, for their four-hour Hunt and Harvest Tour.

Although their new life has been a bit of a learning curve for them both, they have rel­ished the challenge, and have been gradually training truffle dog Cody. For my tour, how­ever, Ina was accompanied by expert truffle harvester Adam and his seasoned truffle dog Trigger, while Tim was busy in the kitchen with prepara­tions for the four-course feast to follow.

Legendary French epicure and gastronome Jean Anthelme Brillat-Savarin (for whom a cheese was later named) called the truffle “the very diamond of gastronomy”. Presumably because of its incomparable aroma and taste, but also its rarity and expense.

Our small group gathered by the roaring fire for a fortifying mulled wine before donning a pair of gumboots from the huge house selection (worn to minimise soil biosecurity risk) and entering the truffière. Oak trees greeted us in neat rows, while we were introduced to the art of dog handling and harvesting. A good truffle dog is worth his weight in, well, truffles – needing not only a good nose, but also the ability to walk up and down rows of trees and ignore tempting distractions. And unlike the truffle pigs of old, these dogs don’t want to actually eat the truffles – just the food reward they get for each truffle they find.

Almost immediately, Trigger sniffed out a truffle buried in the soil just below the surface, not far from the roots of an oak tree. He started to scratch the earth gently, and Adam rewarded him while using a small pick and a gloved hand to ease out our first black truffle. At first glance it was an unprepossessing-looking little nugget, but we all took the chance to sniff it as it was passed around. I felt almost lightheaded.

For me, truffles have always evoked a sort of slow, sensual rapture. For a start, I adore their distinctive scent. And when I eat truffle in some delicious form, I feel like I’m chiefly devouring its scent. I am briefly transported. My partner, on the other hand, will admit only to mildly enjoying them as a not-too-heavy-handed component of a fine meal.

Trigger, nose down, found more and more truffles as we followed excitedly, thrilled when a couple of bigger specimens were unearthed. Sniffing the soil where a truffle had nested, we discovered that the pun­gent aroma remains for some time. The winter sun felt like a benevolent blessing as we meandered amongst the oak trees.

After a couple of hours it was time to head back to the Truffledore, for a long-table lunch to taste some of our freshly-harvested spoils. With impeccable timing, we were sitting cosily by the fire with a celebratory drink by the time the rain started.

Our four courses included asparagus topped with cured egg yolk (or feta if pre­ferred), truffle oil, and hazelnut dukkah; followed by a delectable soup of porcini and other mushrooms with truffle, and Ina’s potato bread; Tim’s homemade truf­fle pasta with crunchy hazelnut topping; and a truffle-flavoured creme brûlée for dessert. All delicious.

How to describe the distinctive truffle taste? According to writer Peter Mayle: “The flavour of a truffle is the continua­tion of its scent, complex and earthy, nei­ther mushroom nor meat, but something in between. It tastes, more than anything else I know, of the outdoors.” 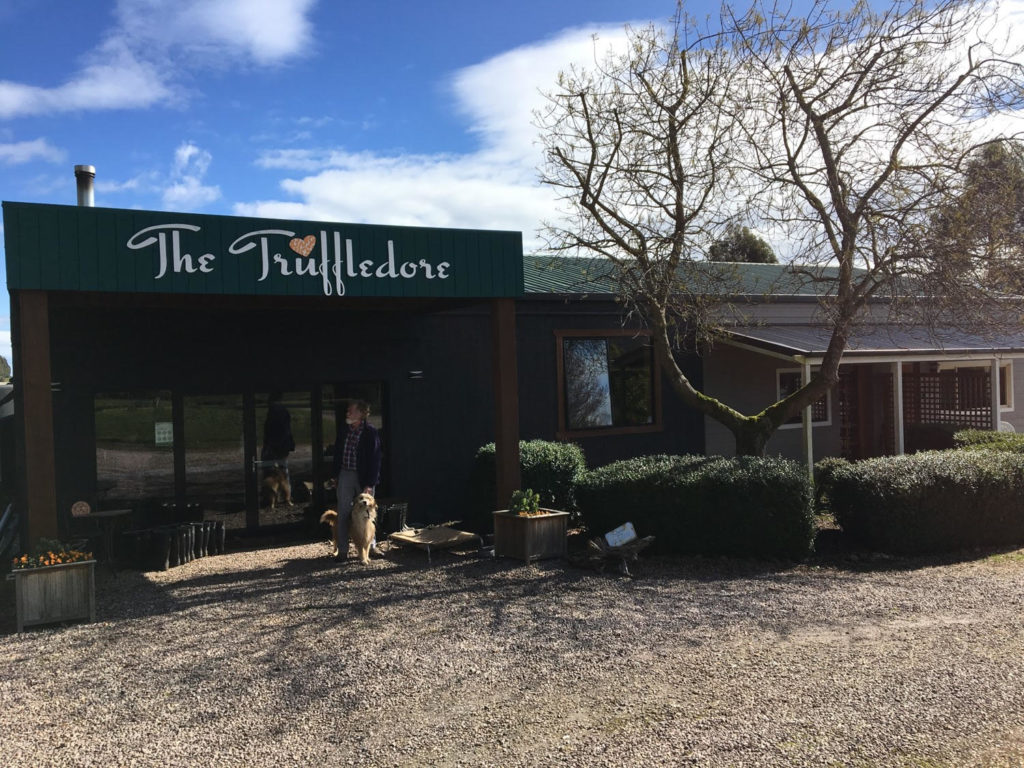 The Truffledore includes a Farmstay option with two cottages available, or you could stay at the Glencoe Country Bed and Breakfast nearby. After such a feast, all we wanted to do was fall into bed; dinner was definitely not required.

In this time of closed international bor­ders, we were once again reminded: the best adventures can often be had in our own backyard.