What’s up at the Skyline Servo? 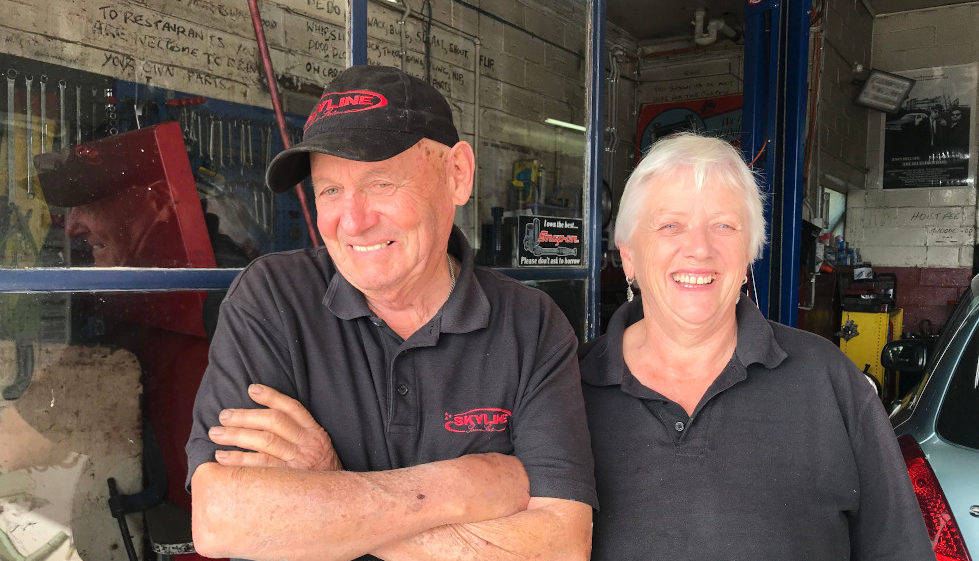 If you’ve ever driven up toward kunanyi/Mt Wellington from Hobart via Huon Road, you’ll have seen the iconic independent service station, Skyline.

If you’ve ever set foot inside you’ve probably received the old-school service that Lyn and Nev Rodman provide – they’ll have a friendly chat as they fill up the tank for you, and if you have a kiddo in the car it’s highly likely you’ll end up with a free lolly snake with your receipt.

They’re an institution in the area, having run the place since 1982. Over the past 39 years of running a business on the hill overlooking Hobart, Lyn and Nev have seen some changes. “I think the biggest, and the worst, is where the department stores moved into the city,” says Nev. “That’s where the action was and it completely destroyed the character of the city in the fifties”. “Then the University is ruining it too,” adds Lyn. “Although, I think the biggest change is the traffic, getting into the city from here.” 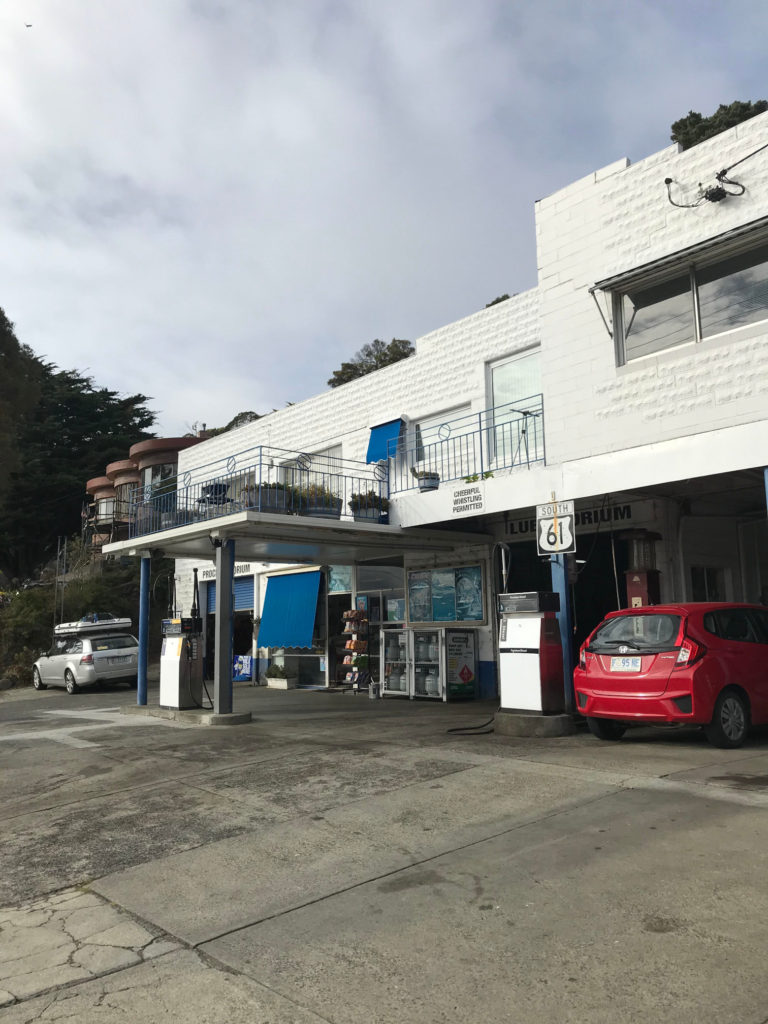 They’ve enjoyed the safety and stability of the area, raising their children in South Hobart and spending weekends off at their cottage in Dover. “It’s a fairly stable vibe up here, it’s a nice safe suburb,” says Nev. “And being up, looking down over the city has a nice feel.” Indeed, their workshop alone has one of the best outlooks of Tassie. “For me it’s all about family. And I like the people,” says Lyn. “We have people who come in here and run into someone they haven’t seen in ages and they talk, and it’s nice!”

“That’s the function of small business,” continues Nev. “To be that place where people can feel an identity rather than just some sort of number. More community. I think a lot of people would probably think of this place as ‘oh I’m glad they’re there, it’s good they’re there’ even if they haven’t supported us. That’s one of the reasons big business and big money have drawn people into their clothes, it’s because people are always chasing the dollar, chasing something a bit cheaper here, a bit cheaper there, and that’s winning out over the ethics of supporting small business,” he says.

All good things must come to an end and after nearly four decades in the game, they’re looking at what might come next. Lyn and Nev do not like to specify their ages, other than to say they are “definitely old enough to retire!”.

When asked how long they’ll keep working, Nev jokes “I dunno…a week?”. Lyn is a little more serious: “I reckon it’ll be this year. We’re not getting any younger and we want to do other things. We want to be grey nomads!”

The couple are unsure whether Skyline will continue as is once they are ready to move on. They have a few ideas, but in the meantime, they’re still here, Monday to Friday, chatting away as they serve customers and looking forward to the next adventure.