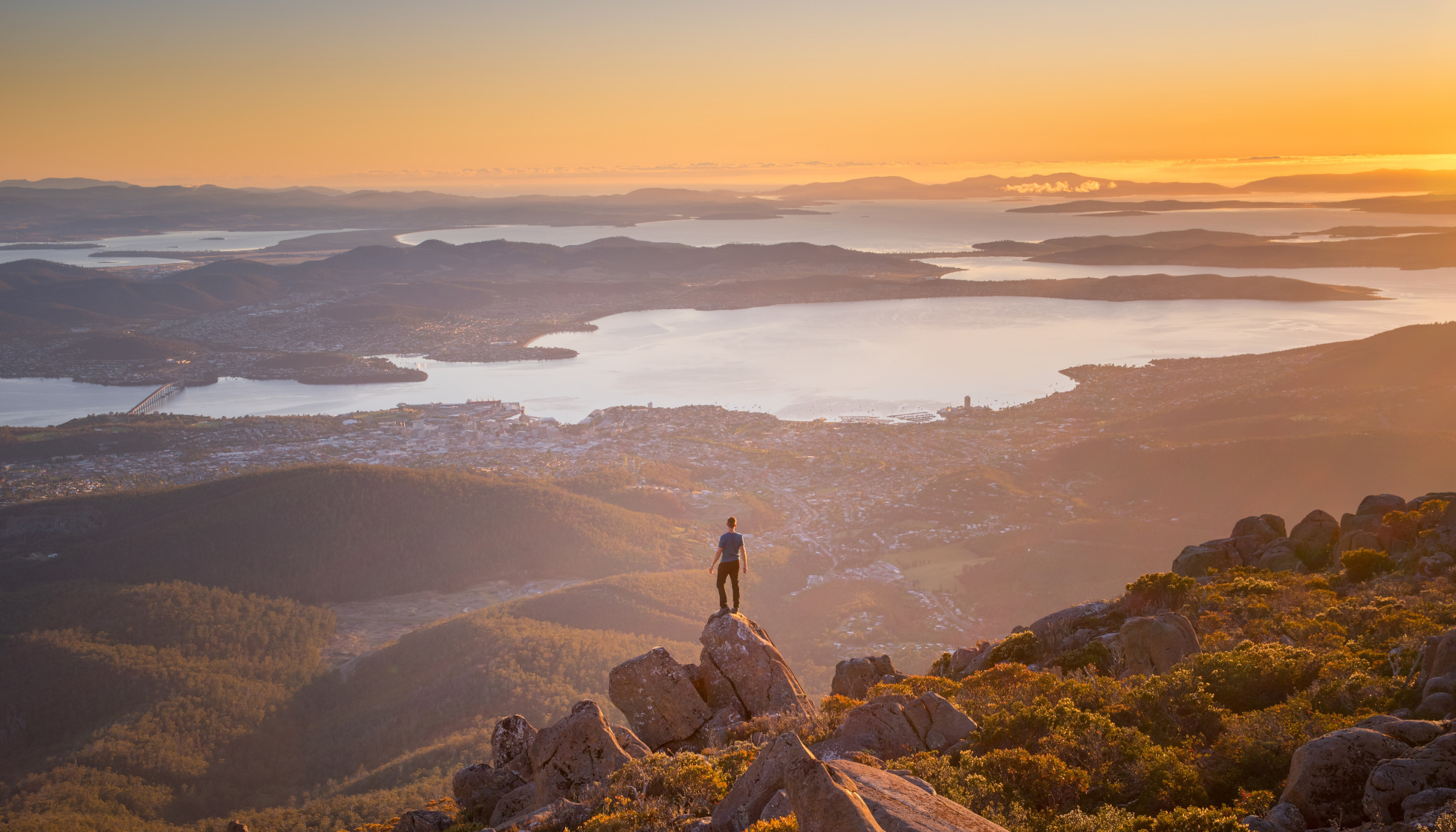 “kunanyi / Mount Wellington”. For most Hobartians, this dual place name is in common parlance and rolls off the tongue in such an easy and familiar way that it seems almost surprising to remind ourselves that it was officially gazetted as an Aboriginal dual place name by the Tasmanian government only in 2014.

On 26 March, 2021, a further 15 Tasmanian Aboriginal and dual place names from different Tasmanian language groups were officially assigned under the Aboriginal and Dual Naming Policy. This includes four stand-alone names (that is, without an English name attached).

These place names add to the list of 13 previously assigned (six on 19 December, 2013, and seven on 19 January, 2016), including two stand-alone names for unbounded localities. The earlier names appear with the initial letter in lower case, as they are in the palawa kani language revived and reconstructed by the Aboriginal community in the 1990s, and championed by the Tasmanian Aboriginal Centre (TAC).

There are now 28 names officially assigned under the Aboriginal and Dual Naming Policy. The TAC notes one other name on their website: Narawntapu National Park, which replaced the name “Asbestos Range National Park” in 2000, under the National Parks and Wildlife Act 1970.

The Aboriginal and Dual Naming Policy was first adopted in 2012, after years of lobbying. It was revised in 2019 amid some controversy, to encourage more Aboriginal and dual names for Tasmanian geographic features and places, and to try to improve the framework for nominating and assessing them by means of a Place Names Advisory Panel, which may seek advice or comment from an Aboriginal and Dual Naming Reference Group of experts, and with an annual calendar for submission of proposals.

The latest tranche of proposed names cur­rently features on Placenames Tasmania’s website for advertisement in October and November, calling for submissions stating the reasoning for support or the nature of any objections. These will be included with the proposal when referred for delib­eration to the Advisory Panel.

It also notes that research into Tasmanian Aboriginal languages and place names is ongoing, and made more complex by “the limited information available on recorded pronunciations and interpre­tative European spelling [which] may result in assigned Aboriginal and dual names for geographical features or places being derived from different languages, adopting different spelling systems, pro­nunciations and syntaxes sitting alongside each other.”

The Policy also advises that: “Both parts of a dual name are to be shown on all official signage, directories, maps and all official documents and publications without any distinction between the two, other than the sequence. The Aboriginal name will appear first, separated by a solidus to be preceded, and followed by spaces.”

Restoring local Aboriginal names is an important part of acknowledging the Tasmanian Aboriginal people as the tra­ditional custodians of this place, helping to preserve language and embracing and celebrating their deep connection with ancestral lands and waters.

Full details (including pronunciation guides) can be found on the Department of Primary Industries, Parks, Water and Environment website www.dpipwe.tas. gov.au/

Information on the initial 13 names can also be found on the Tasmanian Aboriginal Centre website, with helpful audio clips for each: www.tacinc.com.au/official-aboriginal-and-dual-names/

Kaninerwidic – the inner island of The Doughboys

Karrernootong – the outer island of The Doughboys

larapuna – in the vicinity of and including the Bay of Fires

putalina – in the vicinity of Oyster Cove