How Hybrid Ducks are Threatening the Future of Native Ducks 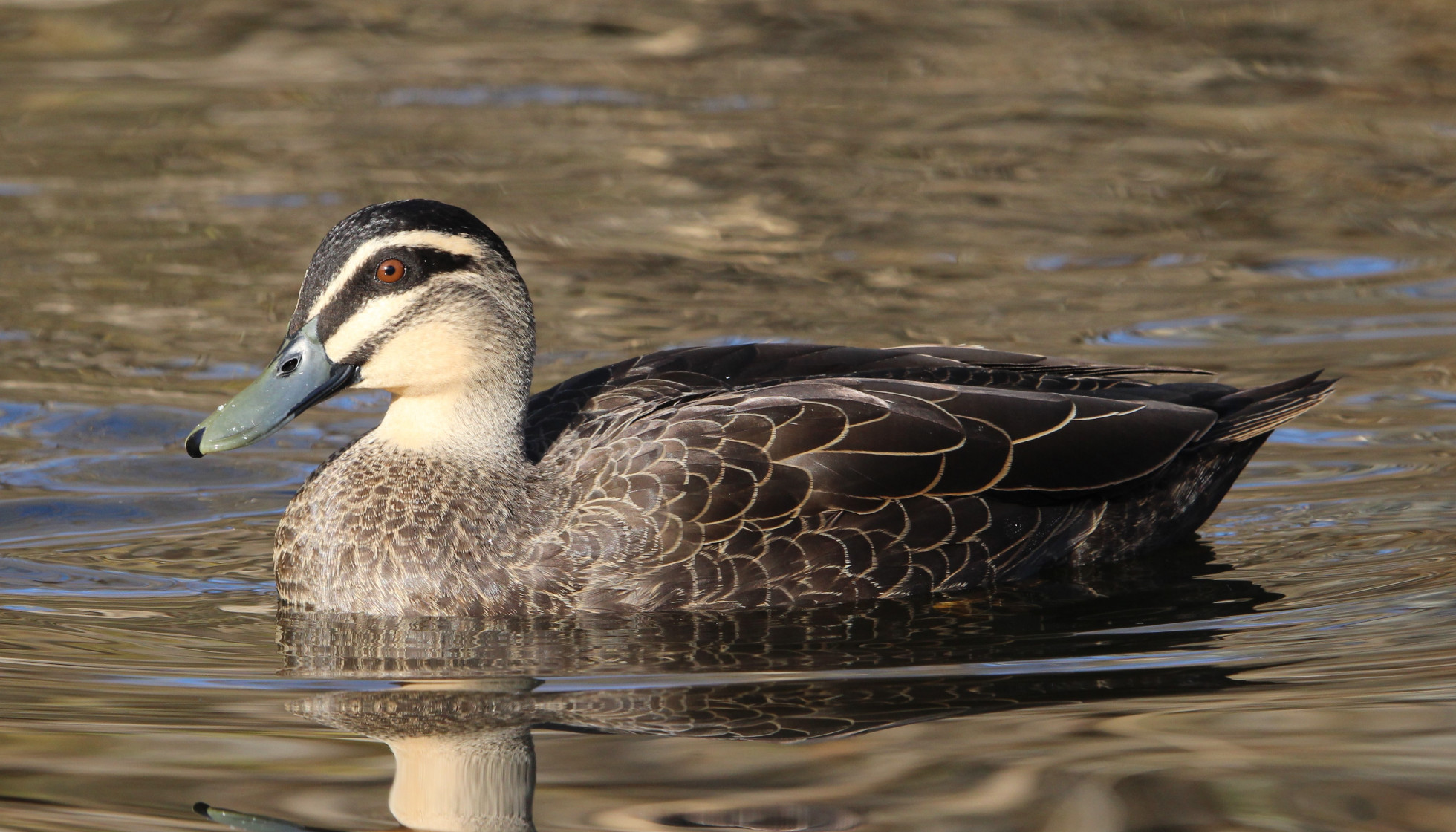 Everyone loves ducks, but how many people know what a “duck” actually is? In Tasmania, we have 11 species of native ducks, either full time residents or occasional visitors. Sadly for our ducks, they’re not as famous as a lot of our other native birds. A recent Victorian study found that only 1 in 6 Victorians can name a single native duck species, and Tasmanians, I imagine ,wouldn’t fare much better. The image of a local duck that you have in your head right now might not even be an Australian duck!

Around Hobart, we are lucky to have plenty of suitable habitat for some of the more common duck species, like the tree-nesting Australian Wood Duck, the elegant Pacific Black Duck and the handsome Chestnut Teal. Some are less common around Hobart, like the Australasian Shoveler with their massive bills, the very unique looking Musk Duck and the oddly-named Hardhead. Then there are the visitors to the Derwent Estuary, like Freckled and Pink-eared Ducks. Both of which look completely different from a standard “duck.”

When we picture ducks, it’s probably safe to say that most of us picture a webbed-footed water bird that’s either green and grey, light brown, all-white, or a combination. Maybe you don’t have a specific duck in your head right now, but rather the image of multiple yellow bills pecking at your hands for more bread. I, like most Tasmanians, have memories of feeding these ducks as a child (Richmond was our local), and many municipalities in Tasmania have their go-to spot for feeding tame ducks. These ducks have a name: Mallards.

Mallards are a Northern hemisphere species, and have been introduced to Australia and New Zealand. Feral duck populations in Tasmania are a mix of wild and domestic mallards (think white farm ducks). Mallards are bigger and more aggressive than natives, and when there is a stable food and water source (Bread, lettuce, tubs of water etc.), their numbers can explode! This is bad news for our smaller, more timid native ducks. It doesn’t take long for mallards to push out the smaller natives, who just can’t compete with their numbers and size.

More and more people are becoming aware of the impacts of feeding bread to wildlife, which is fantastic. Feeding ducks bread leads to all kinds of health, behavioural and environmental issues. What is not often advertised, is that feeding ANY kind of food to ducks is harmful. No human food can beat the natural diet of insects and plants that ducks feed themselves on while dabbling or diving, and swapping bread for greens still supports populations of feral ducks. Even simply putting out a tub of water may seem like a harmless way to help ducks, but the only species who benefit from this are feral ducks, who prefer to stay in their local area and essentially take it over. Native ducks on the other hand simply fly away if they’re thirsty or hungry. The best way to help all Tasmanian ducks is to let them find their own food and water.

What concerns me the most about the number of mallards in Tasmania, is the hybridisation impact on native Pacific Black Ducks (PBD). Mallards and PBDs are closely related and can interbreed easily, which results in lots of fertile hybrid offspring. Crossbreeding is very common, with larger male mallards skipping the courtship rituals of PBDs and simply forcing themselves on native female PBDs. Some PBD x mallard hybrids are easily spotted by their bright orange legs, blotchy bills or larger bodies, but many of the traits are subtle and take practice to identify. Due to the success of these hybrids, it’s difficult to spot a genetically pure PBD in the Derwent Estuary and many other Tasmanian waterways. This hybridisation has resulted in the near-extinction of lots of duck species around the world. In New Zealand, the problem is so widespread that native PBDs have almost completely been replaced by hybrids! PBDs are now rare on Macquarie, Lord Howe and Norfolk Islands due to mallard cross-breeding. Around the world, the mallard hybridisation problem is always more severe on islands. The fact that Tasmania is smaller than New Zealand is very concerning for the future of our Pacific Black Duck.

To best look after our native Tasmanian ducks, we need to enjoy them by identifying them, learning about them, and by simply watching them going about their business. As a reformed duck feeder, I guarantee that this is much more educational, rewarding and fun. RPSCA Victoria and Birdlife Australia have created a great website that I encourage everyone to check out, all about our Australian ducks: www.discoverducks.org.au.