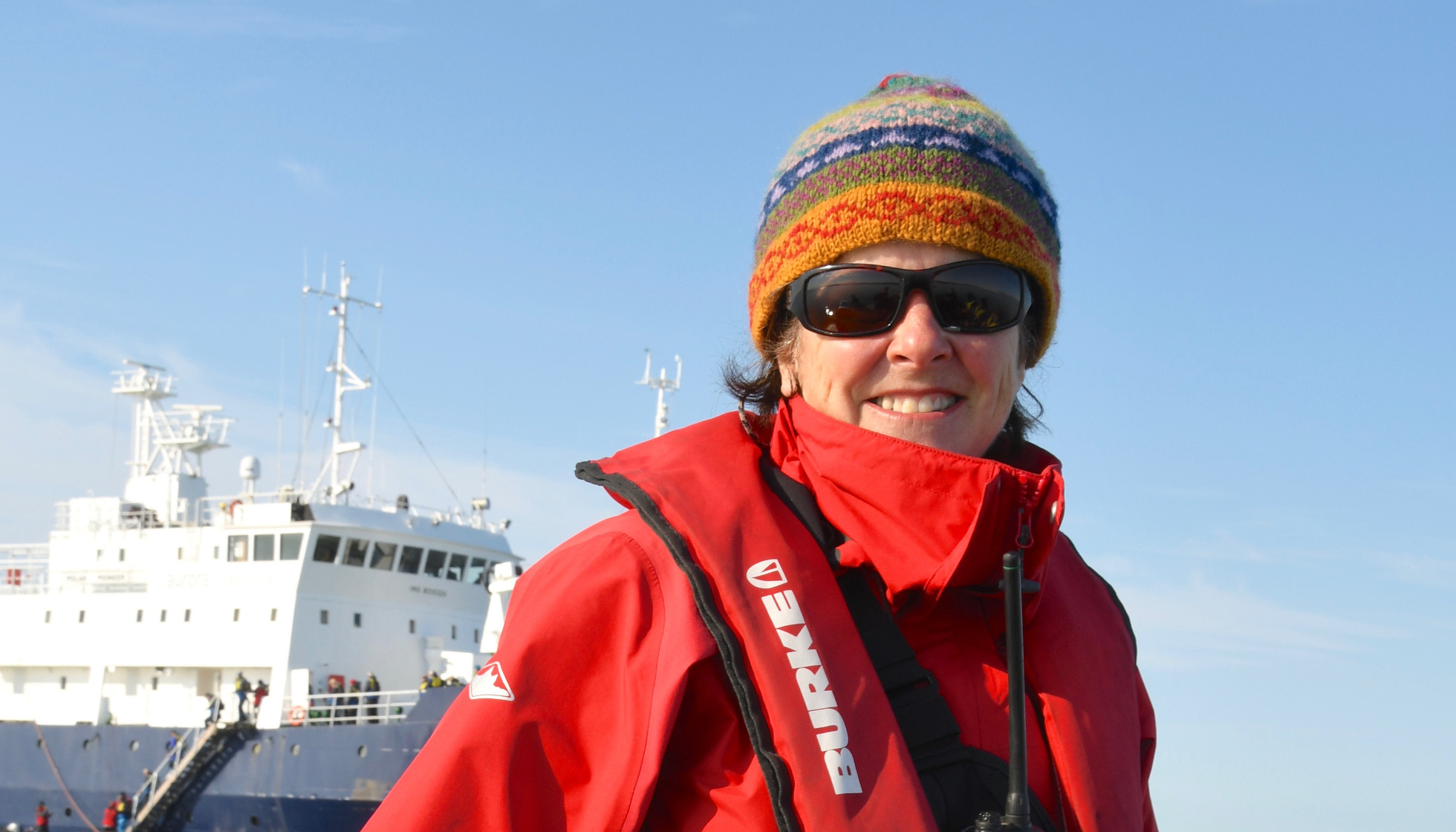 Based in Hobart for part of the year, author and adventurer Robyn Mundy lives a fascinating life of travel and exploration. Her new novel walks in the footsteps of Wanny Woldstad, a trapper and hunter from the early 1900’s.

You have a strong sense of adventure. Where does that come from? And how does Tasmania factor into that? Dad kept a letter I wrote to Santa Claus as a small girl, asking Santa for a TAA travel bag for Christmas. I guess the thirst for travel and adventure began early! I spent a good part of my growing up at our shack on Tasmania’s east coast, mucking around in boats and being on the water. From an early age I loved that uncomplicated way of living simply and being out in nature. Right back then I dreamt of travelling south to Antarctica, of living on Tasmania’s remote Maatsuyker Island on the edge of the Southern Ocean. I feel incredibly fortunate to have found a way as an adult to spend time in those very places, including a year in Antarctica working with emperor penguins out on the sea ice.

There are a few facets to your working life – can you talk us through what that looks like for you? My life feels compartmentalised, with several months of each year working on ship-based expeditions to the polar regions, and other wondrous places such as the wild islands of Scotland, the Faroes, and the Norwegian coast. On returning home, it takes less than a few days—a few loads of laundry, a trip to the supermarket—to slip back into domestic life. I cherish the pattern of reconnecting with friends, returning to the practice of writing, occasionally tutoring creative writing students and—since Covid put a stop to shipboard work—guiding short walking treks to beautiful parts of Tasmania such as Three Capes and Bay of Fires.

How did your new book Cold Coast come about? I first travelled to the archipelago of Svalbard (above Norway) in 2001 and have returned almost every year since. A favourite site I like to visit is Hornsund, in the south-west corner of Spitsbergen, Svalbard’s largest island. At the far end of Hornsund’s fjord sits a pint-sized trapper’s cabin at the foot of a mountain alive with the cries and shrieks of breeding seabirds. When I learned that the cabin was used by Wanny Woldstad (pronounced Vanny Voldstad) in the early 1930s, and that she was Svalbard’s first female trapper and hunter, I wanted to know more. How did a woman—a young widow—break into this fiercely guarded male domain? What was the experience of four months of Arctic winter darkness in bitterly cold conditions? Those questions set me on a course that led to the writing of Cold Coast.

You spent time in Svalbard, retracing Wanny’s steps. What was that like? I have a solid base of general knowledge from working in the High Arctic for two decades. Nevertheless, further research was vital to represent the story accurately. I spent time in Tromsø in northern Norway where Wanny lived and worked as the town’s first taxi driver. I walked the streets that she walked and caught a bus out to Sommarøy, an island fishing village where Wanny was born and spent her girlhood. I spent time in Tromsø’s famous pub —Mack Ølhallen—where Wanny would ferry trappers in her taxi when they returned from their season in Svalbard, inspired by the stories of adventure they shared with her. There was traditional research—books, memoirs, field guides, interviews, translations—and equally important, days spent in Tromsø’s excellent polar museum, with rooms and exhibitions dedicated to trapping and trappers, one to Wanny in particular. Just as importantly were the months of working on the ship, out amongst icebergs driving Zodiacs and guiding walks ashore, all the time soaking up Svalbard’s moun­tains and glaciers and imagining Wanny’s world.

What does life look like for a novelist? I am not sure I could dedicate every day of my life to writing. I regard it as a deep passion, among other passions. Life for a professional writer can be lonely; it is often solitary and unhealthily sed­entary. In honesty, most writers will tell you that there is very little chance of real financial reward. Those of us who write do it because we love the creative process of developing a story, making something that matters, something bigger than ourselves. All that creativity amounts to hard, constant work, to weeks, months and years of tinkering away at writing and editing, regardless of inspiration. I am not a speedy writer; it takes me two or three years to produce a novel (Cold Coast is my third novel). I confess to envying those talented, hard-working authors who regularly produce a body of work each year or so.

What can readers expect from Cold Coast, in compar­ison to your other books? I hesitate to say that a reader may need to brace him or herself. A story that involves trapping and hunting has its inevitable moments of…well, killing, a subject that posed the greatest moral dilemma: I was determined to be true to a 1930s mindset toward taking Arctic foxes and polar bears at a time when their pelts were commercially valued, knowing that a contemporary readership would likely find those values repugnant. Nevertheless, I hope readers will admire Wanny—her courage and fortitude, the secrets and struggles she contended with in order to forge a wilder freedom for herself, at a time when women’s lives were circumscribed by their gender. I hope, like me, a reader will pay a nod to her trapping partner Anders Sæterdal who, despite his grave reservations about a woman trapper, afforded Wanny her chance to go north and follow her passion. If Cold Coast fuels awareness and regard for the Arctic— its austere, rugged beauty, its terrible fragility, if a reader feels that they are there on the scree slope beside Wanny, or crossing a glacier upon a dog-driven sledge, I will feel the novel stands for something.

Women today, like Wanny back then, are still having to prove themselves in certain domains. How do you think Wanny would react to that? In some ways, Wanny Woldstad would be astounded to see how far things have progressed since her day, and to know the choices and freedoms contemporary women have at their disposal. I believe Wanny would feel enor­mously gratified by women’s achievements in all walks of life, reconciled to understanding that discrepancies and inequities persist.

There are parallels between the wildness and isolation of Svalbard and Tasmania (and even Maatsuyker Island where your previous novel was set). What is compel­ling about these landscapes and lives for you? My novels to date have been forged by nature and wilderness, to the point that nature functions as a fickle, unforgiving character. I seem to favour placing human characters within such settings who are not altogether comfortable with their surrounds but who, in time, are transformed by the experience. It seems inevitable that part of each novel reflects my personal experiences in wild places: mighty surrounds command a sense of awe.