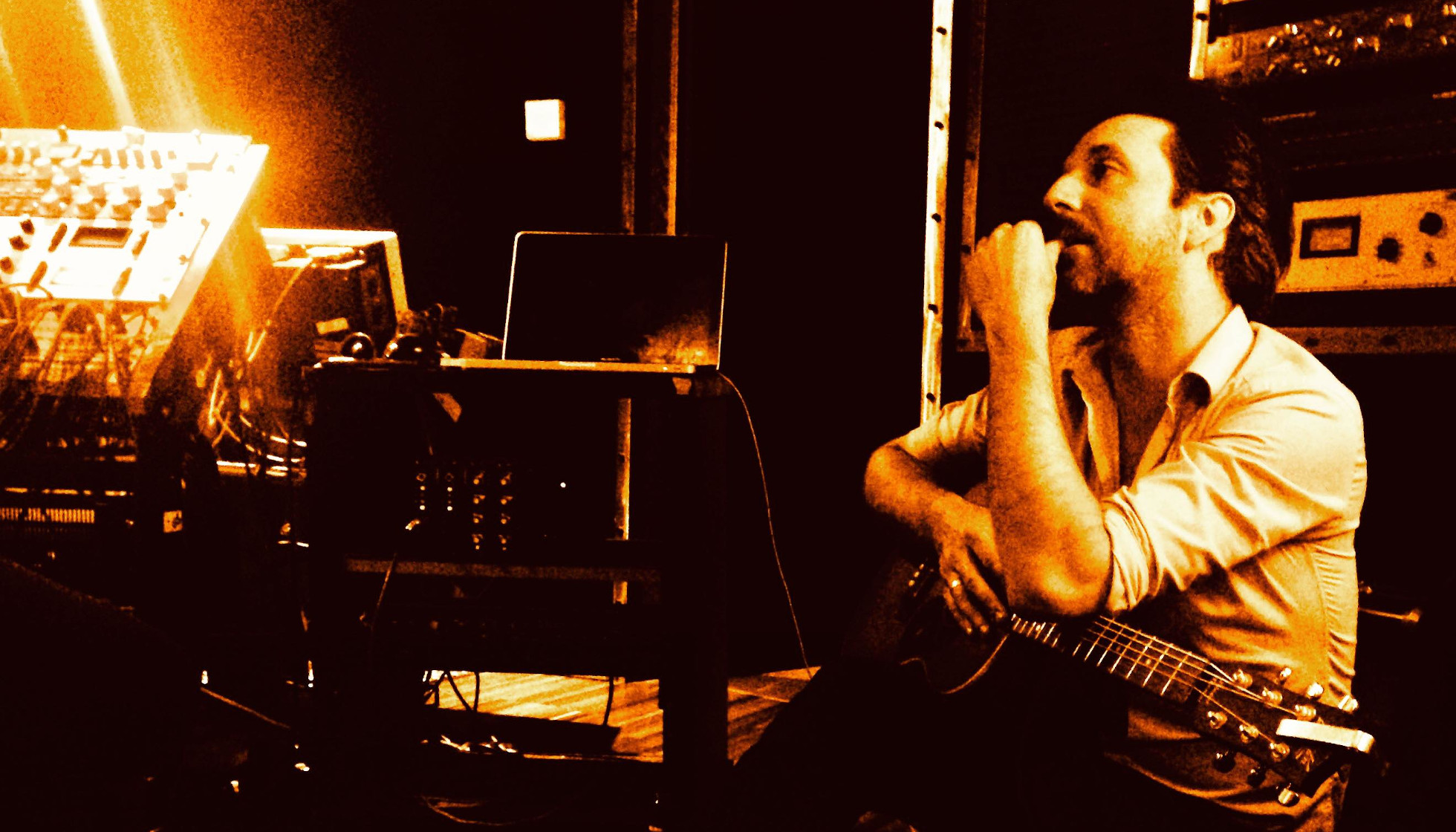 The last time we spoke with Mike Noga he told us he was putting the finishing touches to the follow up to his 2016 album King. On Friday 8 October, Part Time Records will release this album, Mike’s fourth, Open Fire. Sadly Mike passed away on 26 August 2020. His death was accidental and attributed to a rare condition which caused a cerebral haemorrhage, a condition exacerbated by bouts of heavy drinking. Mike had a life­long struggle with anxiety and depression which became particularly difficult in the last three years of his life. His family are incredibly proud of Open Fire, which was recorded in August 2019 in Duluth, Minnesota. Mike’s sister Ali Noga shared, “The album was pretty much completed when Mike passed and there was no doubt that it needed to be released in order to honour Mike. I may be biased but I really do think it’s his best work yet.” Here, Ali has shared more about the album and Mike’s work.

As a musician, Mike’s career has been enduring, he has entertained on stages all over the world. How do you think his fans will receive this album? Mike’s music has evolved so much during his career. This album was somewhat of a rebrand for him and is a kind of fusion of new territory and experimental sounds that gel really well with Mike’s raw honesty and purity that is present in all his song writing. I think his fans will love it, it’s undeniably Mike but just taken further.

How did the production of the album work? Mike flew to Duluth, Minnesota in August 2019 to record the album at Sacred Heart Recording Studio with Alan Sparkhawk from Low in the producer’s seat and both Alan and Mimi (Low) contributing to perfor­mance on the album. It was recorded during an intense week by Jake Larson who also did the mixing. There were some tweaks to be made once Mike was back in Australia and Glenn Richards (Augie March) stepped in to record some additional vocals and guitars at the Dark Satanic Mill Studio in Hobart. Post Mike’s death, I worked closely with Part Time Records and Paul Dempsey to make sure the final version was where it should be. Paul recorded and produced King with Mike and he was an invaluable sounding board for me from a technical standpoint. Finally, Carl Breitkreuz who did the artwork on Mike’s previous three albums was a logical choice to do the artwork on Open Fire. Carl and Mike were good friends and Carl already had a feel for what Mike liked and didn’t like stylistically. I also know Carl and it was a pleasure to work with him to complete the artwork.

As his sister, how does this record feel to you, compared to his other work? To be honest, it feels heavy and it’s a hard listen, not because musi­cally and lyrically it’s bad but because it feels almost like a prediction. Mike had a penchant for writing catchy tunes with dark lyrics. I think the album is a raw, honest reflection of his innermost feelings at the time. He had sent me the album before he died and I thought it was amazing, however the lyrics have taken on a whole different meaning now. The first song on the album, Covered, isn’t a particularly easy listen, but I think he wanted it that way, to set the tone. He loved the way the song uses compression to the point where by the end the whole song is folding in on itself. There’s also a lot of wanting on the album, and fear, and a fair bit of looking back at the past.

What do you think Mike would think of the album? Mike sent an email to one of his best mates before he died which he kindly shared with me in which Mike states “It was a long, and at times difficult, process this one. I’m actually just proud of myself for being able to write another album’s worth of material, even if it did take years! I’m super proud of this album. I think it’s the best I’ve ever done. My global warming, apocalyptic, mid-life crisis album. Wooo!”. Those words pretty much sum up how he felt about the album. He was so excited to get this out to the world and I know he’d be chuffed that it’s being released and that it’s me steering the boat. We were exceptionally close. I’ve made a point of honouring Mike’s wishes first and foremost always when making choices with the family about the album. As he was so far into the process he left a lot of clues about how the finished product should be so I think he’d be happy with the choices we’ve made.

Where can people listen to the album? Open Fire is being launched Friday 8 October at the Hobart Brewing Co. While the event is sold out (numbers were restricted due to covid) we will be broadcasting the event into the Hobart Brewing Co beer garden. The launch is a listening party accompanied by a beautiful film and then some well known musos will be performing some of Mike’s songs live. Anyone is welcome, gather your mates, grab a brew and be the first to hear the album. It’s also like a memorial of sorts for Mike as his funeral service was very restricted in numbers as we’d just come out of lockdown. More details can be found on Mike’s Facebook music page or the Hobart Brewing Co website. Otherwise, you can order a vinyl copy of the album direct from Part Time Records or buy online.