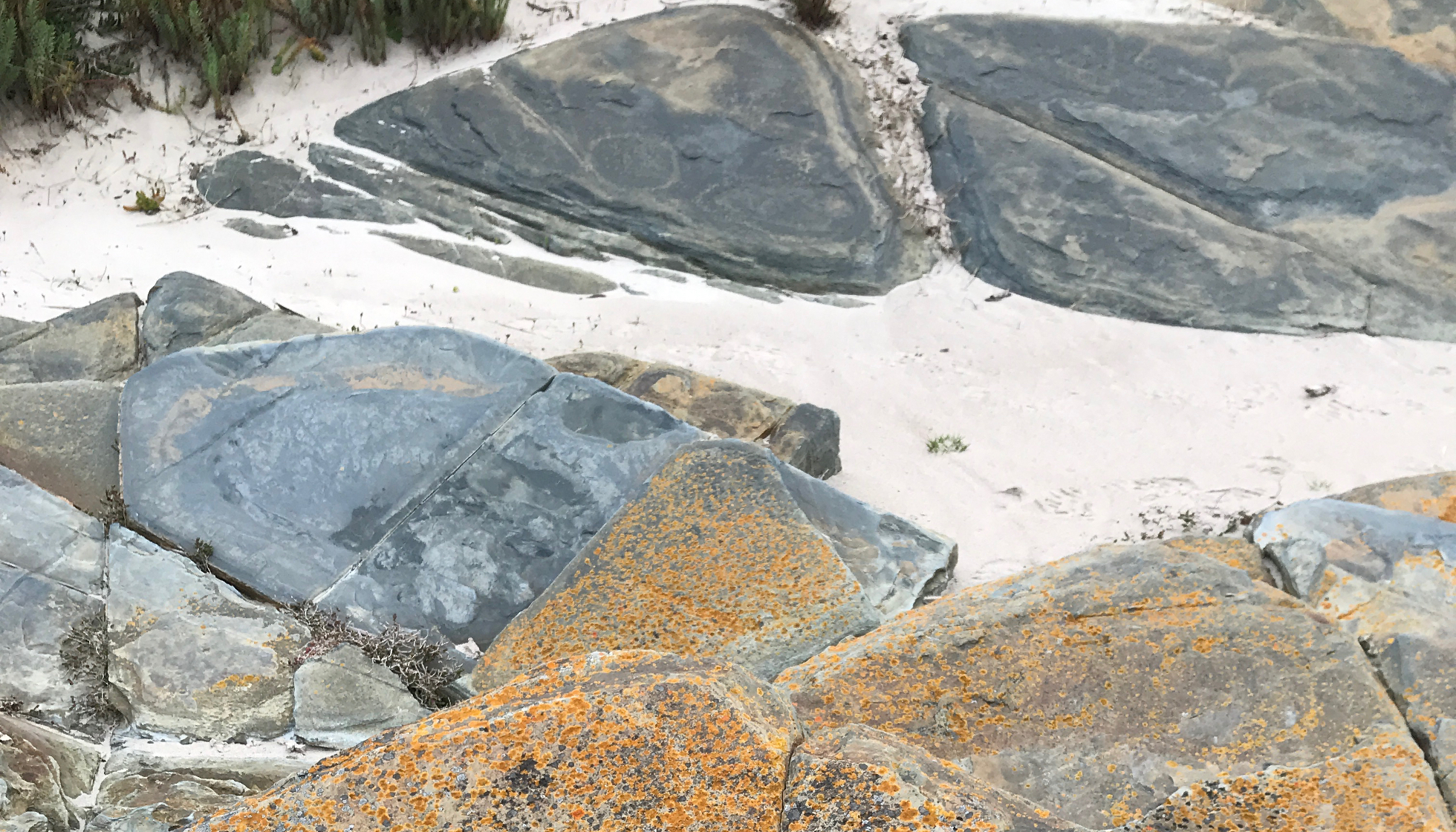 In 1962, archaeologists removed slabs of rock featuring ancient Aboriginal petroglyphs from Preminghana, on the north west coast, and took them to the Tasmanian Museum and Art Gallery. The enormous cultural artefacts were finally due to be returned to Country in March this year, but they’re still not home, nor are countless other examples of Aboriginal cultural material and, sadly, many Ancestors’ remains.

Zoe Rimmer is a proud Pakana woman studying the Tasmanian Aboriginal community’s campaign for repatriation of these and other items. She spoke to us about the place of museums today and the community’s right to pieces of cultural history.

When do you think the petroglyphs will be returned to Country?

We don’t have a timeline but it should be months, not years. Legally they have been returned to the community but we’re currently working on the strategy of how to get them back on Country. Preminghana is a remote location, it’s a long way from Hobart, so they remain at TMAG for now. There are issues around the big piece because when the museum took it out of the site they cut it in half, then craned it into the building and glued it back together with cement, so there are some conservation issues we are working through, reversing what the museum did to make it a displayable piece.

Are you worried about their safety once they are returned?

Well, Preminghana is Aboriginal land, and it’s pretty remote. There are land managers down there and I think if you don’t know where it is it’ll be hard to find. With sand shifting, a lot of the site is not even accessible.

There must be countless other sacred sites across Tasmania that aren’t particularly protected.

There are quite a number of Aboriginal heritage sites and art sites that are supposed to be protected under the Aboriginal Heritage Act now but we know that’s incredibly outdated and not as strong as we would like. Basically, a lot of those sites are protected because they are in remote locations and people just don’t know where they are.

There are sites that are rediscovered all the time. Unfortunately a lot of those sites are rediscovered because of some kind of devel­opment happening. There have been instances of people going and vandalising rock art sites or taking pieces, there is a bit of a black market for those things.

What is unique about the local campaign for returning Aboriginal ancestors and cultural items?

What a lot of people don’t realise is it was the Tasmanian Ab­original community that instigated the repatriation movement on a global scale. It really started with the return of Truganini’s re­mains in 1976 and then following that there was a big campaign for the return of what was known as the Crowther Collection, which was human remains that were dug up from the Oyster Cove settlement. Then the community – Michael Mansell and other activists – went overseas and campaigned against museums over there that held human remains.

Are there still Aboriginal ancestral remains in museums?

Yeah, there are unfortunately. Back in the 70s and 80s TMAG did return most of the provenanced ancestral remains to the com­munity, but there are quite a number of poorly provenanced an­cestors in museums all over Australia. It’s complicated because we don’t necessarily know who that person is, what family they belong to – sometimes we might only have a state or a region. It’s about trying to do that provenance research as best we can, and communities being ready to take back those ancestors.

There have been a lot of discussions about the need for a national resting place, so these ancestors can at least leave museum storage and be in a place that is controlled and run in a culturally appropriate way by Aboriginal and Torres Strait Islander people. So they can be put at rest, or wait until the infor­mation is available for them to go home eventually. It makes sense, the plan is there, the community support is there, it’s the funding where these things get stalled.

What about in overseas museums?

There’s a LOT of ancestral remains still overseas from all over Australia, and again the only information available might be that they’re from Australia. So who do you return that person to? Where does that person go?

You work at TMAG, so I imagine you do see some value in museums?

I do work at the museum – it’s the collection I am there for, that feeling of responsibility to care for it. Definitely, the museum is making so much progress in the relationship with communities and being respectful and culturally appropriate. But for me, the ultimate goal would be for the community to have our own space, to care for and own our own heritage.

Do you envision that as a space where all would be welcome, or just for the Aboriginal community?

There are a lot of things the community wants to share – it can be done in a way that the community wants to do it. With the dis­cussion happening with cultural material in museums overseas – we could bring that back home if we had somewhere for it to go. And we could exhibit and build that opportunity for the wider community to learn from our heritage.

Do you think that space might be built soon?

I think the opportunity is definitely there if the willingness and support of the government is there. I hope it happens in my career time!