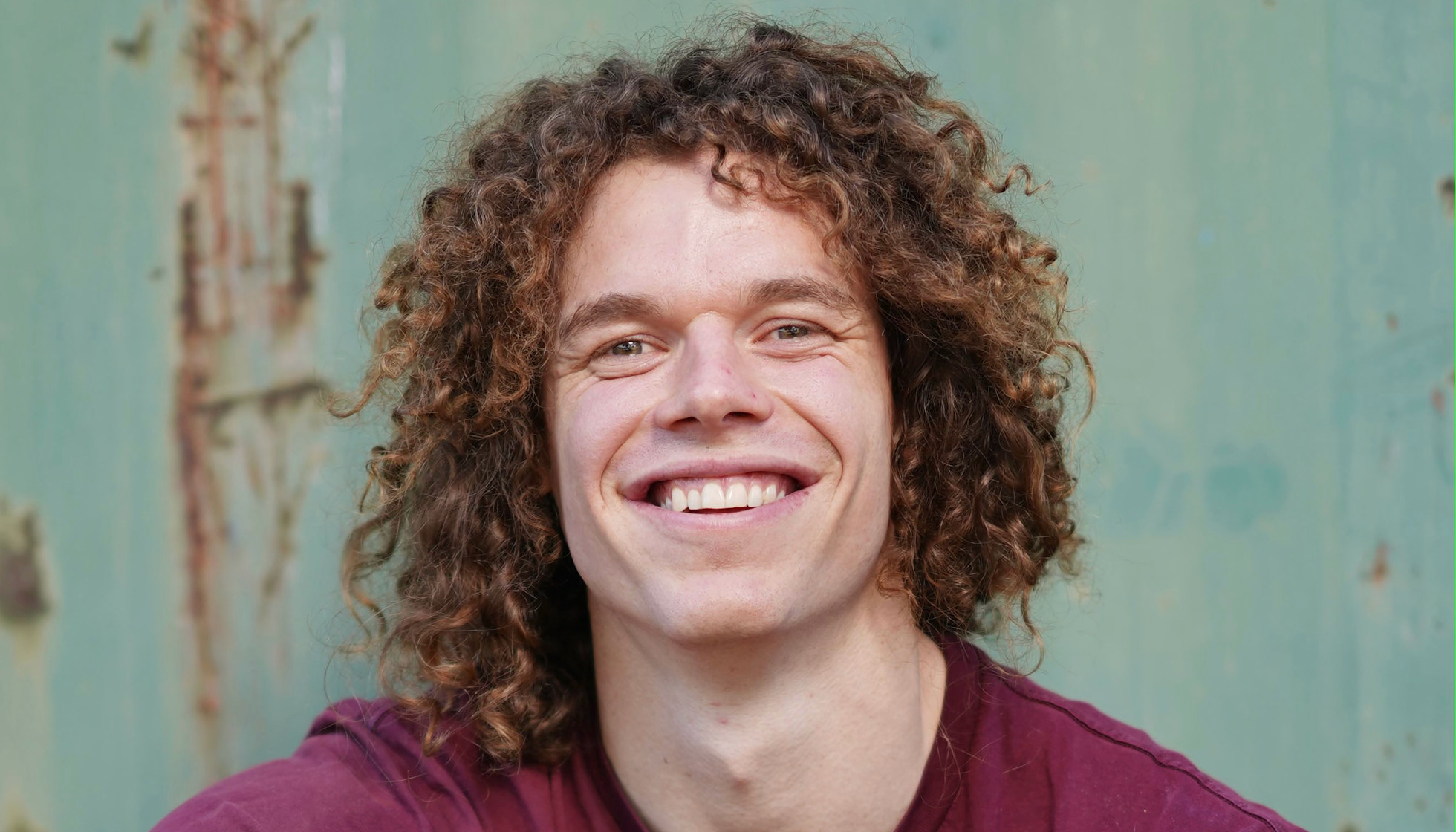 Growing up playing Australian Rules football in Tasmania held Ben Brown in good stead for when he hit his strides and joined the AFL competition. He now works hard to use his platform to advocate for a kinder and fairer world.

Where did you grow up in Tasmania? How has Tassie informed your adult life? I was born in Hobart, but grew up in Devonport. I loved growing up in Tasmania and love the state to this day. I love the laid back feel and strong feeling of community, as well as the state’s fierce pride and competitiveness – all qualities that I try to bring into my life now!

Who was your first AFL team here? I was a Fremantle supporter growing up! I remember travelling to York Park or Aurora Stadium, as it was called when I was young, to watch Freo play (and usually get well beaten) by St. Kilda or Hawthorn. I met Justin Koschitzke after one of these games, which was a great memory!

How did starting your playing career in Tasmania impact your approach to your game once you moved to Melbourne? By the time I had moved to Melbourne I had been playing Senior TSL football for a number of years, which I think made the move to the VFL and then the AFL a little easier. I knew my body could take the hits and I believed I was good enough to make it at the next level.

I am fortunate that I was welcomed into the Club straight away, and was trusted to get back to playing my best football for the team. I feel very fortunate to have won a Premiership in my first year – something not many are lucky enough to do!

You’re a father to two beautiful girls. What has surprised you most about being a parent? I love being a parent. I’m really enjoying watching my two daughters, Aila and Esme, grow up! Probably the thing that surprised me the most is the 24/7/365 commitment required to parent. Yes, I knew about it before becoming a parent – but I didn’t REALLY know. I’m sure the parents and carers of small children reading this will understand without any further explanation!

Are you raising future AFLW players? The girls will do whatever they want to do! We will try to expose them to a number of different activities and paths and see where the winds take them. In saying that, I’m a huge AFLW fan and enjoy my involvement with Melbourne’s AFLW team – so I’m sure they will get some exposure of women’s footy as they grow up.

You and your partner Hester work hard for a number of organisations and causes. Why is that important to you both? Hester and I are both passionate about equality and trying to make the world a kinder and safer place for everyone to live in. This approach guides the organisations and causes we give our time to, and we try to give as much of our time and energy as we can manage to them – around both of our jobs (Hester is a marriage celebrant) and raising our family. It’s one of the reasons I’m involved with AFLW, and why Hester and I are both ambassadors for Our Watch, the nation’s leading organisation attempting to curb Violence against women and children through primary prevention.

I have also given my time to Tassie charity Lend a Hand to Hugo, I was an ambassador for the Royal Children’s Hospital Good Friday Appeal this year, and I am also an ambassador for Stand Up Events as an ally to the LGBTIQ+ community.

You live with Coeliac Disease. How does this extra layer work in your life? I was diagnosed with Coeliac Disease around 5 years ago, so I’m pretty used to eating gluten free now. I’m also vegan, which can make eating out a challenge at times! But as I said, I’m very used to my diet now, as are the football club, who are great at catering to my requirements (as much as I’m aware I can be a pain to cater for haha). I know the importance of maintaining a gluten free diet, as a Coeliac, given the long term health risks if I don’t, so that’s a no-brainer. Veganism is a choice I’ve made to live by my values, as I’ve alluded to above. It works for me!

What are your favourite things to do when you’re back in Tasmania? I love hanging out with my family in Tassie – my family live in Hobart now, and Hester loves it in Tassie too – so we try to get down as regularly as we can. We love seeing our Tassie friends, getting out into nature with the kids and just enjoying the fresh air! And having Grandma and Grandad take the kids for a bit is a nice bonus too 😉

What do you wish you could take back to Melbourne with you when you visit? My Tassie family!!

What are your thoughts on the Tasmania AFL/AFLW teams? I would love to see Tassie get their own team – I think it is deserved, given Tassie is such a footy heartland. I also think Tassie needs a team, to get people more engaged with the great game of football again. I’d love to see it!

Any parting words for young AFL/AFLW players? Enjoy your sport. Even at the top level, where pressure to perform, team structures and everything else involved with being a professional athlete entails, if you’re not enjoying it, it will be tough going!