What Is Hydrogen Power? 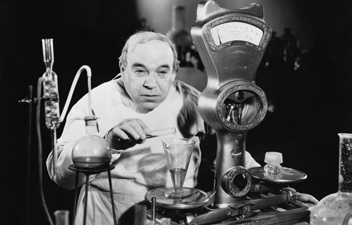 Fires, climate change, water shortages, wildlife apocalypse…I don’t know about you, but from where I sit, things are feeling pretty bleak right now.

In light of this, I wanted to investigate alternatives that may make positive change in this world. I spoke to Krystina Lamb, postdoctoral fellow at Griffith University for the low-down on hydrogen energy.

So what’s all the fuss? Well, put simply, you can make a “battery” (fuel cell) by putting hydrogen and oxygen on either side of a permeable membrane. The hydrogen proton slips through the membrane, in the process creating electricity, and the oh-so environmentally-friendly byproduct, water! Much nicer than a coal fired power plant, isn’t it? Yes, in principal, but unfortunately it’s not that simple. It turns out hydrogen isn’t that easy to obtain. For the most part, it’s so reactive that it doesn’t occur naturally on its own, and is usually bound to other elements. So to get pure hydrogen, you have to make it. Right now, most hydrogen is made from methane (CH4). Only problem with that is, making the hydrogen releases that pesky carbon molecule, and voila, greenhouse gas.

Fortunately, there’s a more climate-friendly solution out there. Hydrogen can also be made by electrolysis, passing electricity through water. But hang on, where is that electricity coming from? Krystina shared, “Because of the way our electricity grid is structured, when we have excess renewable energy (like at noon when solar panels are working hard), it’s easiest for the grid to dump it. But if that energy was used to make hydrogen instead, we’d have a means of storing it to create clean energy at a different time or place.” With our solar potential, places like the Pilbara could become mass hydrogen generators, creating hydrogen to fuel places like Japan. As part of Japan’s pledge to become climate neutral by 2050, they’ve spearheaded a drive to introduce 10 million hydrogen fuel cell electric vehicles (FCEVs) in the next 10 years.

But getting hydrogen to Japan (or elsewhere) is another challenge. Hydrogen is the lightest and smallest element. So light that to turn it into a liquid you have to chill it to colder than liquid nitrogen! But even once you get it to a liquid state, the molecules are so small they leak out of any container. It’s a slow leak, not enough to be dangerous, but enough to be inefficient.

That’s where Krystina’s research comes in. She studies alternative ways to store and transport hydrogen. “I hope hydrogen energy will help wean us off of our fossil fuel dependency, but it’s critical to ensure any solutions we implement aren’t worse than the ones they replace,” she said.

Pure hydrogen is flammable and safety concerns have been a perceptual barrier to increased uptake of FCEVs, especially after a recent explosion at a hydrogen refuelling station in Norway. Krystina acknowledges its critical safety standards are rigorous and enforced, but hydrogen isn’t necessarily any more risky than other materials we handle every day. “You can go to Bunnings, buy an oxyacetylene kit, and chuck it in the back of your ute, and it’s FAR more explosive than hydrogen.” It’s perhaps because of this mix of investment from places like Japan and Norway, combined with public perception of risk and infrastructure obstacles to surmount, that the response from car manufacturers has been mixed. China, Japan, and South Korea are heavily backing hydrogen, and Toyota, Honda, and Hyundai have all developed passenger FCEVs. Luxury car manufacturers Tesla and BMW have focused more on conventional battery style electric vehicles, while other companies are waiting for the infrastructure to catch up. All in all I’m left with a bit of hope. We’re rooting for you, hydrogen! ■