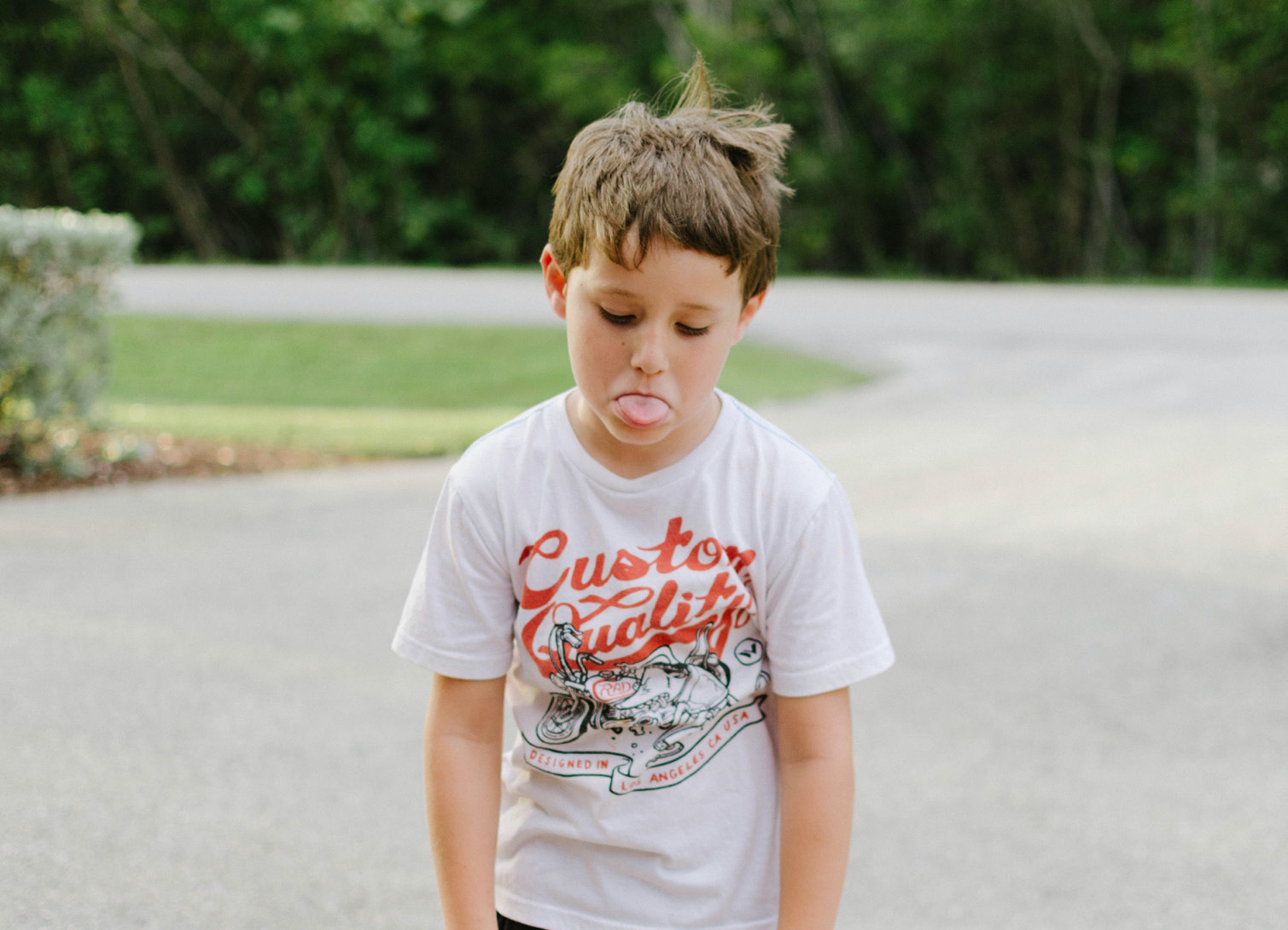 Hey parents! Happy first anniversary of sending the kids back to school after Covid-induced home-learning! Did you, like many, rejoice when the school gates reopened in May last year? Or did you consider ongoing homeschool? Sarah Aitken meets a family who never got the school uniforms back out.

In early May 2020, after weeks of scrambling to find enough hours in the day into which to squeeze work, home-learning, housework and everything else, Tasmanian parents finally caught a bit of a break.

Editor Steph was amongst those letting out one hell of an exhale. “On our first day of homeschool Jack (now 6) said to me “Mummy you’re not my teacher, I’m not doing what you say!” And he went outside to the trampoline and announced, “I’m doing sport all day!” she laughed. “Great start there!” Add Jack’s lack of enthusiasm to the practical issues of not having enough technology to go around and both parents working every day, and Steph sums up the time succinctly: “it was a horror, basically. Never to be done again!”.

Anecdotal evidence (i.e. school gate chats) leads us to believe most parents felt the same way. Some families, however, found a wonderful new normal within the chaos and haven’t sent the kids back.

Rachel’s* family, of Lenah Valley, is one of them. They’d never considered home­schooling until last year’s pandemic gave them a glimpse of how it could work for them. A year later she’s still homeschool­ing her daughters in grade 7 and grade 2. Her son, in grade 1, is back at his school.

They pulled all three kids out of school a week before schools officially asked parents to keep kids home. So Rachel hit the ground running with her own version of homeschooling, covering topics and texts that suited the kids’ interests and levels.

Then the school began to dictate online learning, and as Rachel said, “that’s when it all went pear shaped!”. The incon­gruence between what the school was providing for the kids and what their kids required inspired Rachel and her husband to keep going in their own way. Their son has since returned to school, as they felt his needs were being met there, but the girls are thriving at home.

Reactions from friends and family were almost entirely negative. “Everyone was really surprised. People said ‘what are you doing!?’ And ‘You’re destroy­ing their lives!’. I only had one friend, who has grown up children, say “That’s fantastic!”.

“Now, twelve months down the track, all of my friends and family have a totally different perspective and say ‘I wish I could do that!’.”

Rachel said she hasn’t found it all that hard. She’s found plenty of government curriculum resources available online, and a supportive local homeschooling com­munity. She and her husband work for themselves from home, and shuffle things around so that they sometimes work into the night. It’s tiring, but they’re happy. “My kids talk about how great and fun it is,” she said.

The question she has heard most over the past year is how her kids manage to socialise.

“My kids do say they miss lunchtime at school – that forty minutes of play – and I get that. But if you look at the contact hours of social time they get – it’s a lot more now,” Rachel said. She also said they’ve found the homeschooled kids to be less judgmental than some of the kids they encountered at school, and that it’s refreshing that age doesn’t come into it – kids of all ages will get together and play happily.

The family are anticipating that the girls will likely return to school for the upper high school years, but they’ll make that call when they get to that point. In the meantime, they’re enjoying their new way of life one year on.