Twice As Big … Twice As Much Damage? 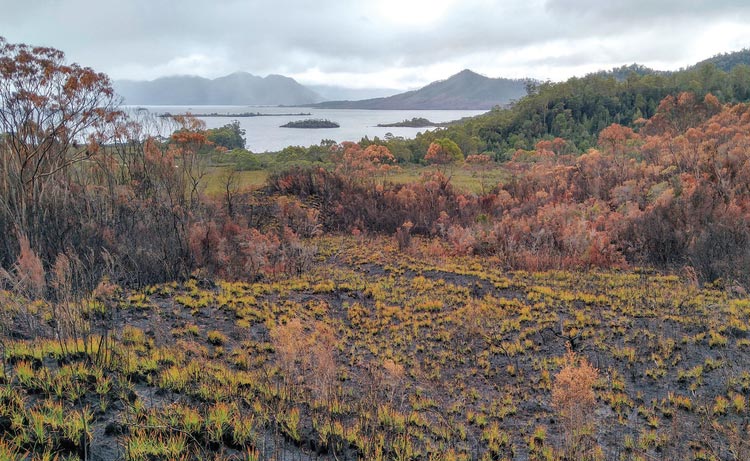 The fires that swept through remote (and not-so-remote) areas of the Tasmanian bush earlier this year were estimated to have burned close to 200,000 hectares, about twice as much area as was burned in the last major fires, in 2016.

Fortunately no lives were lost, and very few structures, but obviously the damage to the ecosystem must have been twice as bad this year as in 2016. Or…was it? To get the scoop, I spoke to Jamey Furlaud, a PhD student at UTAS, who studies fire behaviour in wet eucalpyt forests.

Like all eucalypts, wet eucalpyt forests are firedependent. This means that they actually need to burn in order to regenerate. Sounds counter-intuitive, doesn’t it? But not only do the seed pods need fire to open, the fires also create favourable conditions for them to grow; fewer herbivorous mammals and insects, no understory to compete for light and water, and a nutrient-rich ash bed. Even the adults have adaptations to help them survive fire. Large eucalypts that survive fires develop hollows that prove to be vital habitat for native wildlife. So while the recent fires destroyed many eucalypts, they will recover, and indeed, thrive from the experience. 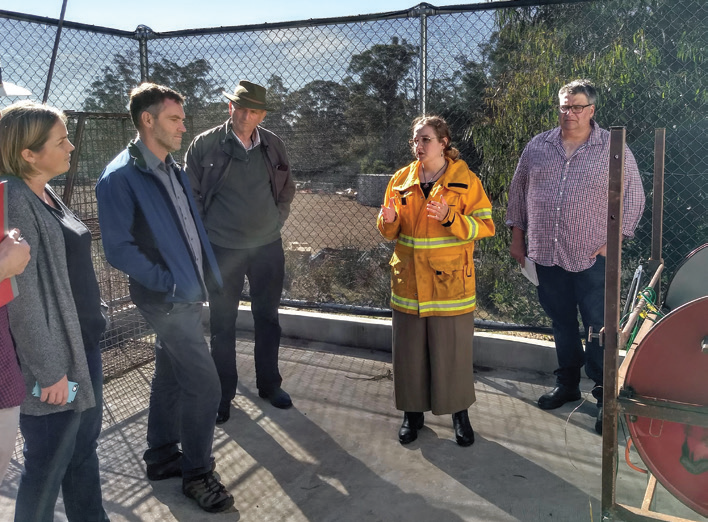 The same is not true, however, for many of Tasmania’s iconic species, notably including the Pencil Pine, King Billy Pine, and the Nothofagus trees. Many of these fire sensitive species are Gondwanan relics; trees that have been around for millions of years, since Australia was part of the Gondwanan super-continent. The climate then was significantly wetter than it is now, and fire simply didn’t form a part of the evolution of these plants.

In Tasmania, fire was virtually unknown in these ecosystems before colonisation. These species are extremely fire sensitive, especially the pines, and when burned, do not return to the ecosystem.

How did these plants fare in the most recent fires? While the impacts from the fires are still being studied, initial geospatial analysis indicate that there was minimal damage to these sensitive ecosystems, with only 3% of the fires burning in rainforest, and less than 0.002% percent in Tasmania’s native pines. That’s great news for anyone concerned about Tasmania’s rich World Heritage areas. However, this time we’ve been lucky. In the 2016 fires, a significantly larger proportion of sensitive ecosystems did go up in flames, despite the smaller overall footprint of the fires.

The big question is, what is the future for these plants? Unfortunately, a few things we humans have done have dramatically increased their chances of succumbing to future burns. First, of course, there is climate change. Climate change creates more hot fire-prone days, a generally drier landscape, and importantly, a shorter time in between fire seasons when managers can conduct fire prevention activities like controlled burns. But not only that, a hotter climate also leads to an increase in dry lightning, when lightning occurs in the absence of rain. That is what ignited the 2016 and 2019 wildfires, as well as many other smaller fires over the past two decades. Before the year 2000, however, fires caused by lightning were extremely rare in Tasmania. 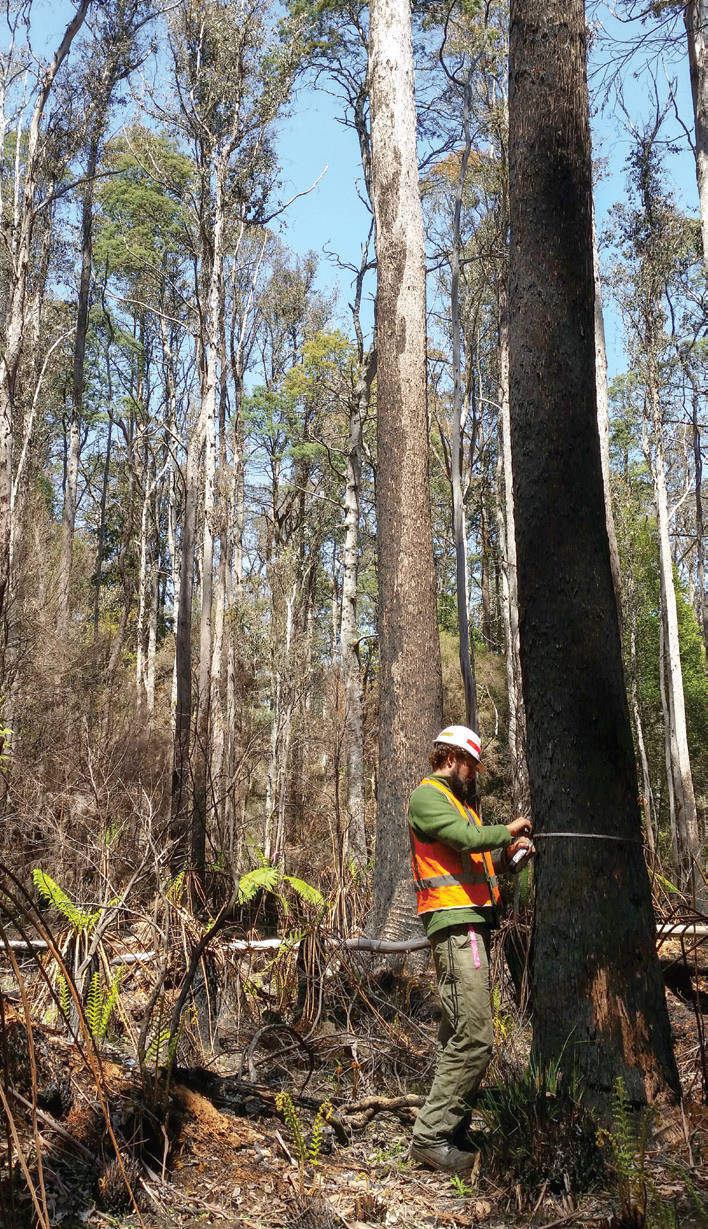 Climate change is not the only human factor in increasing fire danger. Surprisingly, the other factor relates not so much to what we’ve done, but what we have stopped doing. In other parts of the country, Aboriginal Australians conducted carefully planned burning, which resulted not only in fewer large fires, but also created grassy habitat for game species, such as wallabies. However, with European colonisation, cultural burning ceased across large areas of the continent, and fire danger correspondingly increased. Unfortunately the history of Aboriginal fire control in southwest Tasmania is virtually undocumented, which makes it hard to learn from millennia of experience.

So where to from here? Last year, the Fire Centre Research Hub was founded at UTAS, bringing together diverse researchers from around Tasmania.

This hub has hosted numerous public seminars and workshops, including one where Jamey recently met with a group of researchers from Victoria and New Zealand who have been experimenting with green fire breaks. In these fire breaks, only smaller understorey trees are removed, leaving a tall canopy with a grassy lawn underneath. To preserve the ecology of the Tasmanian ecosystem, the fire toolbox will have to include a variety of approaches, all subject to considerations such as cost, aesthetics, ecological impact, and effectiveness. Organisations driving multidisciplinary, international collaborative research, such as the Fire Centre, will be crucial to manage and protect Tasmania’s ecosystem while we navigate a changing world climate.

This article is part of a series featuring early career researchers; scientists in the beginning phase of their careers.