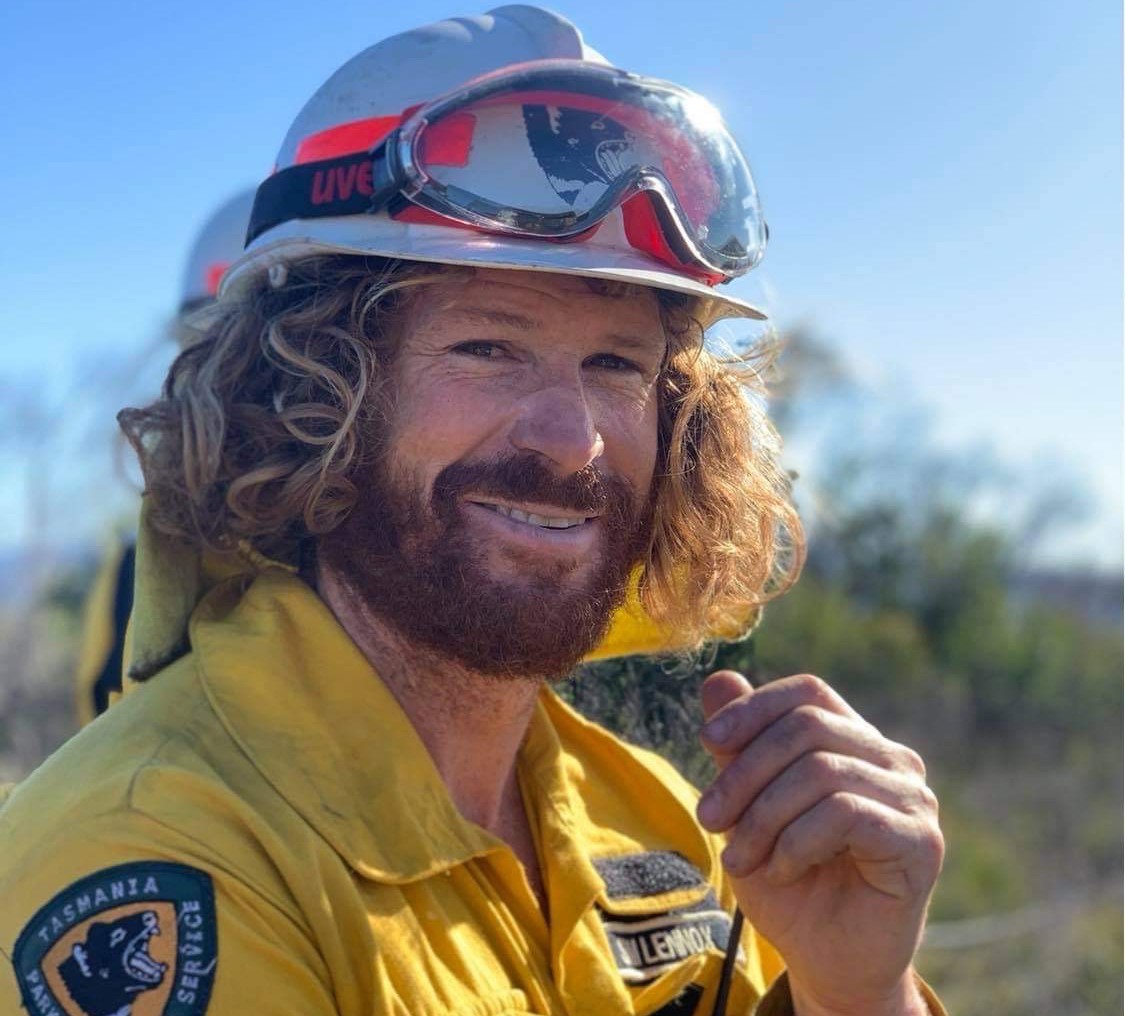 Tasmanian surfer, Sam Lennox may be on the brink of winning $30,000 after a video of him riding a gargantuan wave at Shipstern Bluff has progressed to the finals of an online competition.

Shipstern Bluff, or ‘Shippies’, is globally renowned as one of the wildest and most dangerous big-wave surf locations with waves spanning up to 10 metres in height. Lennox first started surfing there in 2005 when he was 17 years old, and since then has been a regular fixture at Shippies and an early pioneer of body-boarding at the site.

“Shippies has always been an exciting place to come and surf, I love the raw energy of the wave and the unbelievable backdrop of the towering sea cliffs,” said Lennox. “Shippies is a high-risk and high-rewards wave, that’s what I love about it. I’ve had many a beatdown out there, but also the best wave of my life quite a few times.”

Lennox is often found surfing in the predawn hours, as once the sun rises he must return to his day job as a park ranger for the Tasman National Park, where he is responsible for managing the area around Shipstern Bluff. Previously Lennox worked on creating the walking trails on the Three Capes Track and Shipstern Bluff often camping along them overnight instead of going home. Lennox knows the coastline and sea cliffs of Shipsterns Bluff like the back of his hand and loves them like the Southern Bluefin Tuna loves the cold coastal waters of Tasmania in the wintertime (Lennox is also a keen fisherman). 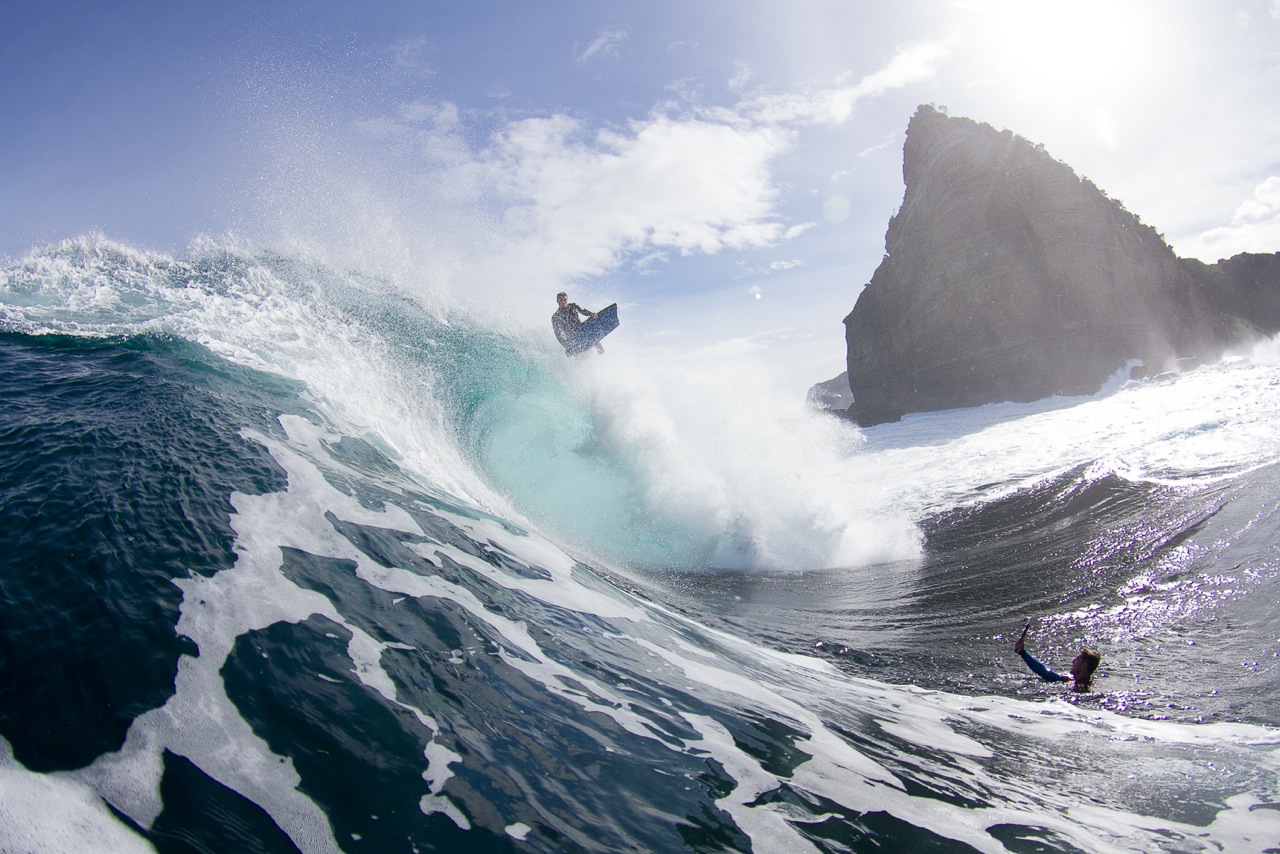 Clockwise from far left: Sam getting his fins out; Sam at work with Tasmania Parks and Wildlife; Barrels for days; Sam during the build phase of the Three Capes track; Dude, where’s my board? 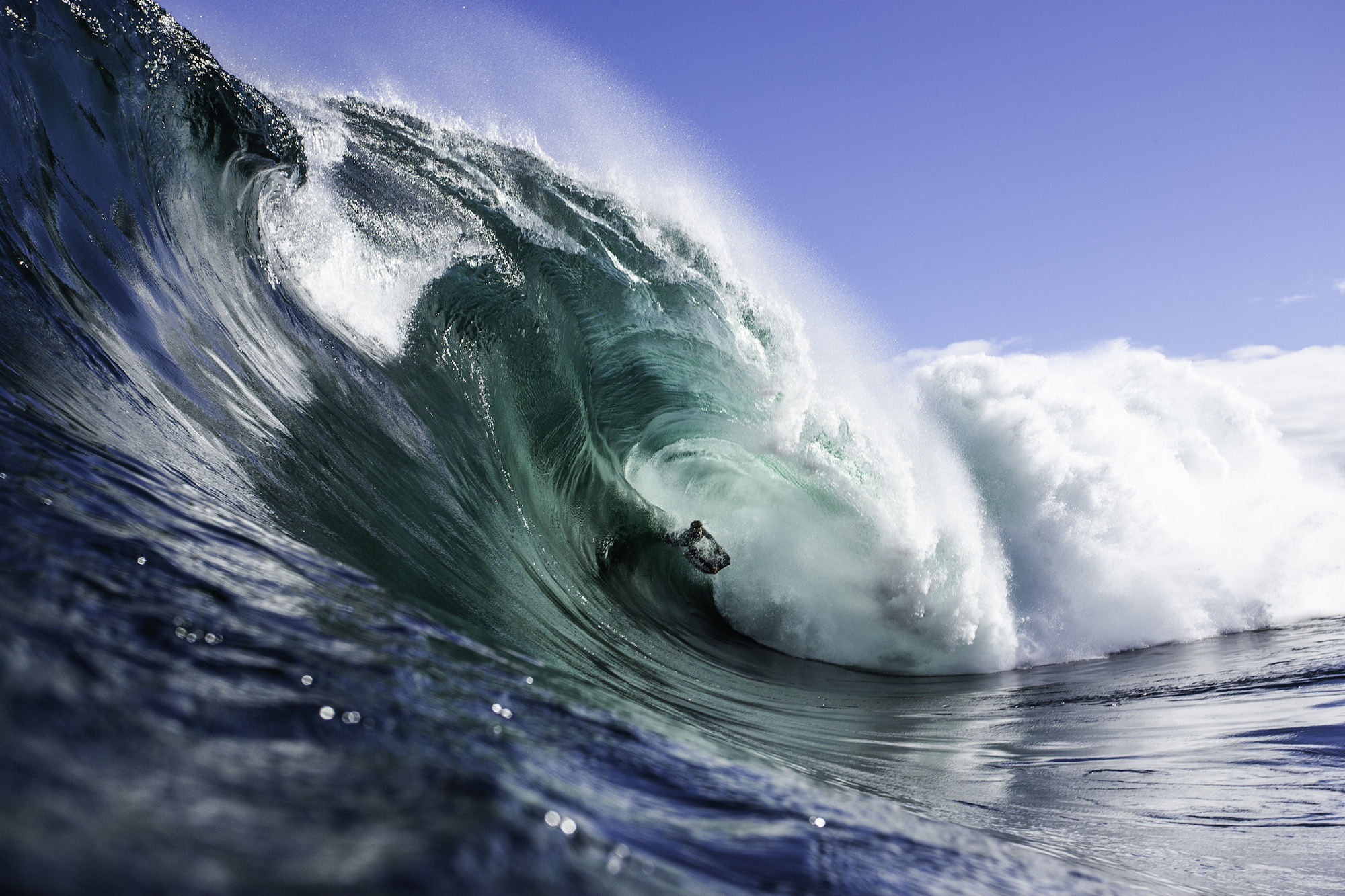 Lennox is a finalist in the Short Circuit competition, an international online event run by Movement Magazine offering the largest ever cash prize awarded for a bodyboard video competition. First Prize is a whopping $30,000 for the best single wave ridden.

Lennox’s wave occurred early in the morning of September this year. Few other surfers were even awake yet, let alone ready to head out into the eight metre and higher waves being tossed up. “I had missed a few swells previously so I was excited to get in the water this day. Especially seeing the swell was big and clean. After about an hour waiting in the cold September water, a large set rolled in. I took off late and under the lip the wave opened nicely and from there. I just held on through the slippery slide. The crew on the boats were screaming, so I assumed it must have been ok. It felt pretty good. Definitely not the biggest or best wave I have had out there, but an epic ride none the less,” said Lennox.

Breathtaking video of the stunt was captured by professional photographer Stuart Gibson, who has known Lennox for over 15 years. Lennox’s entry can be viewed on the Short Circuit video competition website. The winner is to be determined by an online vote, open to all. But even with one of the largest waves entered in the competition to his name, Lennox is still a small fish in the big ocean in this arena. Many of his opponents are professional surfers with large social media followings and professional publicists, while Lennox is an unsponsored, small time, local lad surfing for the joy of it.

“Winning this competition would be an amazing opportunity,” Lennox said, “But I need the support of the Tasmanian public to look at the competition and vote for my wave if they agree it’s worthy of their vote!” 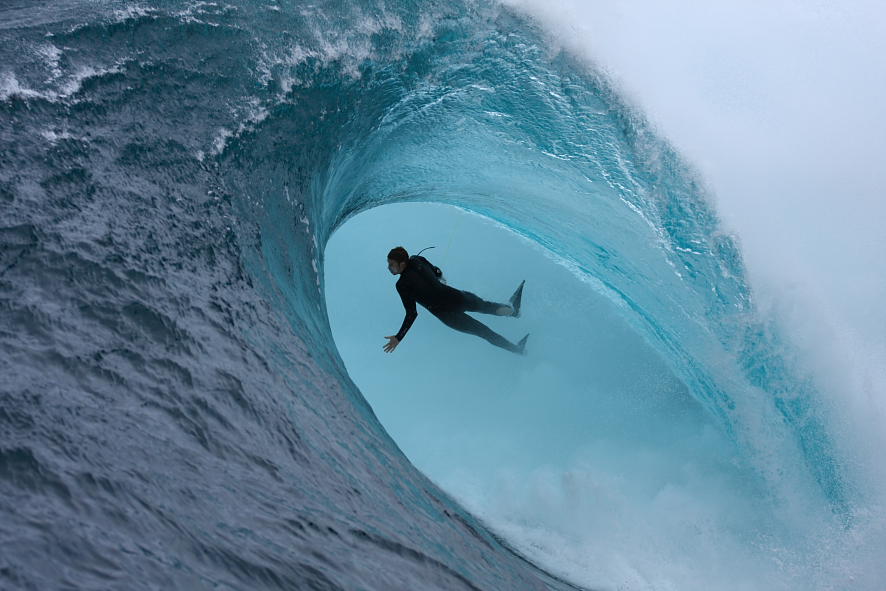