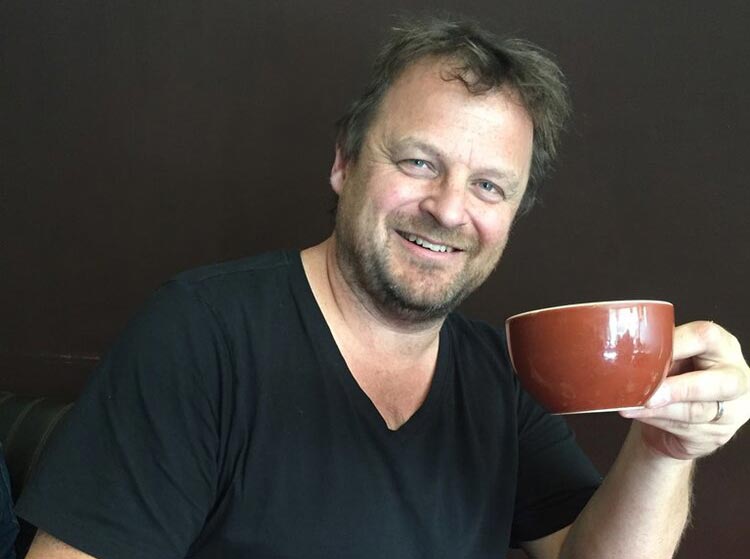 Award-winning Tasmanian cartoonist Jon Kudelka is passionate about conservation, caricature and NOT falling off his bike before a deadline. Every now and then he cracks himself up.

What are the challenges and benefits of working in Hobart?

I’ve always found it’s a lot easier to be a rank outsider to do my job. Being “in the know” is not terribly useful for getting a feel for what might be funny to people who aren’t. It’s usually better to keep your ears open and draw your own conclusions and that’s a lot easier to do from Hobart.

You recently opened your own gallery Kudelka & Co in the CBD, has this been a long standing dream?

Actually, I spotted the space in Liverpool St for rent and applied for it on the spur of the moment. I’ve been doing quite a bit of non-newspaper art for some time and it’s nice to have somewhere to hang it.

Is it true you rode your bike into a telephone pole during the making of the book The Wonks Dictionary?

I often go for a ride when I’m trying to come up with an idea for a cartoon. One evening the deadline for The Australian and the deadline for the book were both becoming a little too imminent so I hopped on my bike and realised that I can ride a bike and think of one other thing and not ride into a pole. But the not-riding-into-a-pole skill is reduced considerably when trying to think of two cartoons. It made a very loud clang and I fell off in a very comical fashion which would definitely have looked hilarious to anyone watching.

Name one person who makes your job easy?

Barnaby Joyce. If he didn’t exist, it would be necessary for cartoonists to invent a hat-wearing beetroot with an overinflated sense of self-importance only exceeded by its lack of self-awareness. The cartoonists of Australia thank you Barnaby, even if any remaining fish in the Murray-Darling do not.

When do your best ideas come?

All of my ideas come from that special place known as ‘Last Minute Panic’. After I’ve read everything in sight, the trick for me is like with those 3D images where you have to unfocus your eyes to make it jump out at you. As soon as something occurs to me, I try and write it down because the good ideas can be surprisingly elusive.

Reading everything. Shouting at my computer. Making snacks. Sobbing in a corner. Pulling something out of the fire at the last minute.

I’ve always felt the cable car proposal was mostly a stalking horse for plonking a wildly inappropriate tourist trap on the summit. People seem to forget that the summit is pretty much inimical to human life until they’re standing in a howling southerly coming straight from the Antarctic, and I expect the poor tourists will be quickly herded inside the Disneymountain complex for wildly overpriced coffee and cake and Mount Wellington snow domes. It’s a real shame, because a sensitive development at The Springs could be an amazing development for locals and tourists alike.

Do you crack yourself up?

I have been known to giggle evilly whilst sketching up one I particularly like. I also have a habit of adopting the expressions of the people I’m drawing at the time, which can look a little weird. ■