How Endo Sparked a Film Career 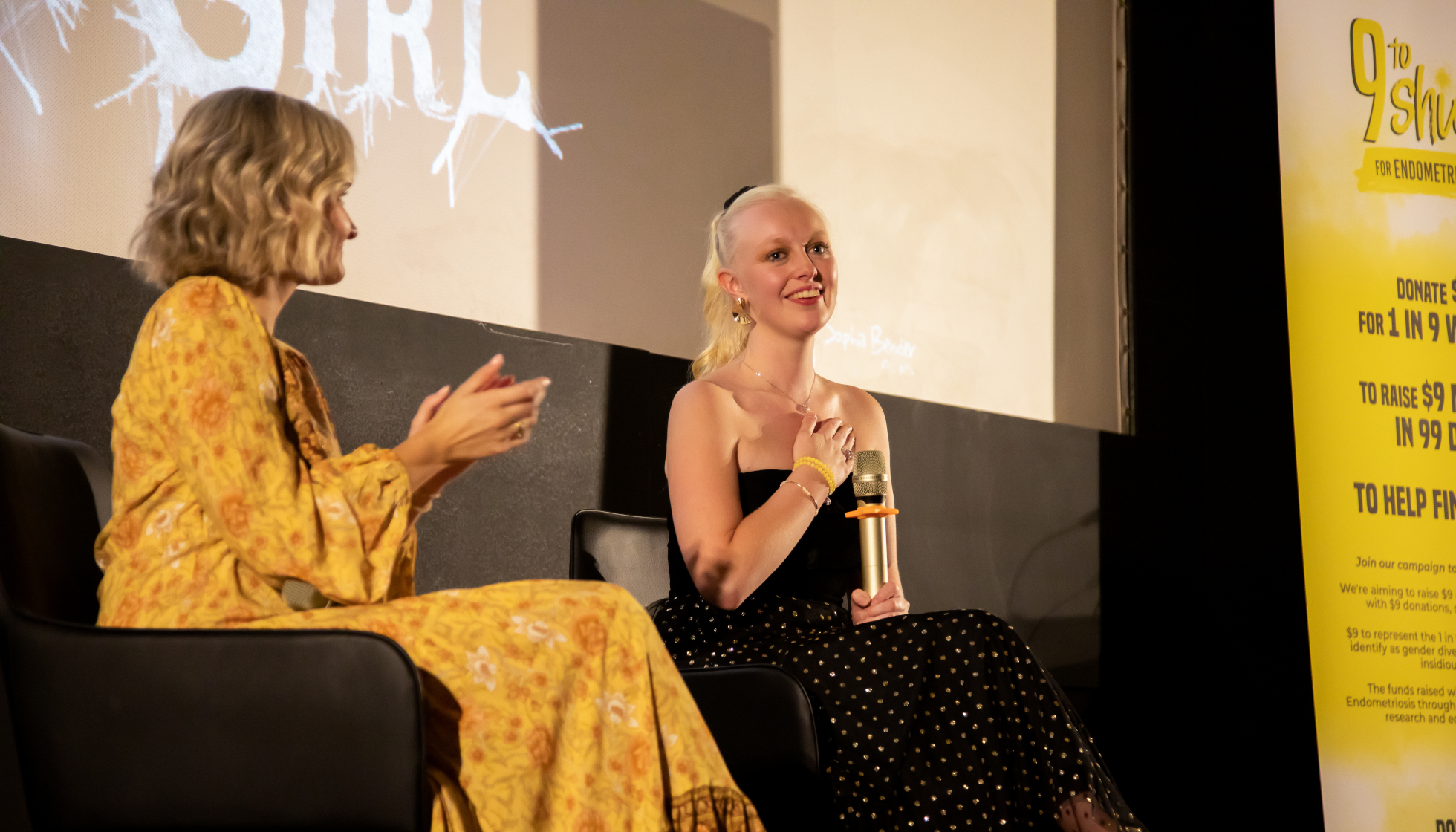 Sophia Bender is a Tasmanian filmmaker and recently released a short film, Endo Girl, about living with endometriosis.

What drove you to make Endo Girl? There’s a lot that endometriosis has taken from my life. It’s affected my intimate re­lationships, my body image, my ability to work, to attend university and the general fear I have for the future about my ability to have children. It’s a lot to take on board, especially knowing there’s no easy answer, how unpredictable the disease is and of course that there is no cure. But my story is just the same as one in nine women and those that identify as gender diverse worldwide. That’s about 200 million women. It takes on average 7-12 years to diagnose, can only be diagnosed through an invasive laparoscopy surgery, and costs the Australian society 9.7 billion dollars annually. Three years ago, feeling completely helpless about the situation, I decided it was time to do something about it.

As a filmmaker I believe I have the power to make a difference through using my voice through the power medium of film. I don’t want us to suffer in silence anymore, I don’t want us to feel alone, and I don’t want to have to explain my disease to on average 50 percent of people I tell. I’m sure a lot of you out there today can relate! I didn’t want to feel guilt and shame about something that was out of my control, but most importantly I wanted to start a conversation, to give myself and the other 200 million women worldwide a voice. This is where Endo Girl began. Whilst endometriosis has taken so much from my life, this film has given me more back than I could have ever imagined.

Why do you think it’s still so challenging for women to get a diagnosis? There are many factors that contribute toward the delayed diagnosis of endometrio­sis. The first one being the wide range of symptoms that endometriosis can cause and vastly differ from patient to patient. With me for example, my main areas that are affected are my bowel, bladder and fatigue meaning that a lot of my symptoms don’t always correlate to my period itself. I was misdiagnosed for many years with irritable bowel syndrome. Many patients’ mothers also experienced undiagnosed endometriosis themselves and were taught from earlier generations that period pain was normal, not talk about it and it’s something you simply had to endure. There’s also not enough education in schools teaching students that period pain is not normal and if they are suffering they should seek medical advice. Many patients are often told that the pain is all in their heads, because the disease is invisible to scans (unless you are presenting with an extreme endometriosis which can some­times be picked up on an ultrasound).

So there is this feeling of constantly being turned away saying there is nothing med­ically wrong with you and all your test results are presenting perfectly. This also has a huge affect on your mental health.

The only way to have an official diag­nosis is to have an invasive laparoscopy surgery, which for many people is out of reach due to the financial burden through both the surgery cost and the loss of pro­ductivity that follows from surgery.

Are you a filmmaker by trade or is this new for you? I have been creating films for the last 9 years. I turned to filmmaking when I was studying ballet at the Western Australian Academy of Performing Arts (WAAPA). I was suffering from many injuries alongside undiagnosed endome­triosis at the time when I discovered film as a creative outlet through my choreogra­phy classes while I was injured.

My career path changed very dramatically when the head of WAAPA dance at the time, Nanette Hassall, told me I should audition for film schools. At the time this seemed bizarre having dedicated my entire life to achieving the goal of being a professional ballet dancer. I was lucky enough to then be one of 17 people accepted into The Victorian College of the Arts for Film and TV the following year, this then led me onto working with The Australian Ballet as one of their film­makers for three years upon graduating. I think it’s safe to say transitioning to film was the best decision I’ve ever made and I’m forever grateful to Nanette’s advice who changed the course of my life for the better.

What is your goal for Endo Girl? For me success looks like a day when everyone knows what endometriosis is. I want Endo Warriors to feel empowered by the film and know that they’re not alone, there are in fact 200 million women like them and we are all fighting the same battle.

It’s been so overwhelming and exciting to see how many women are coming forward and speaking up since watching the film. They have been messaging me their stories as well as sharing them online after watching the film. During the Q&A session at the premiere at the State Cinema, we had a number of women who felt empowered enough to share their stories through sobbing tears in a room of 150 people. For me this was not only overwhelming but incredibly validating that the impact the film has on these women made them feel brave enough to do this. It meant we had in many ways achieved what the film had set out to do.

I always knew when I created Endo Girl I wanted to create awareness for this insidious disease, help educate society and show the one in nine women and those that identify as gender diverse world wide that they are not alone. However, in the last few weeks leading up to the release of the film I realised that my journey was not over yet.

Alongside the release of the film we have launched a campaign called 9 to Shine for Endometriosis. We have a very ambitious goal of aiming to raise $9 Million dollars in 99 days through $9 donations, with the money raised going to Endometriosis Australia going towards medical research and education. We have chosen the number nine for the one in nine women and those that identify as gender diverse who suffer with Endometriosis.