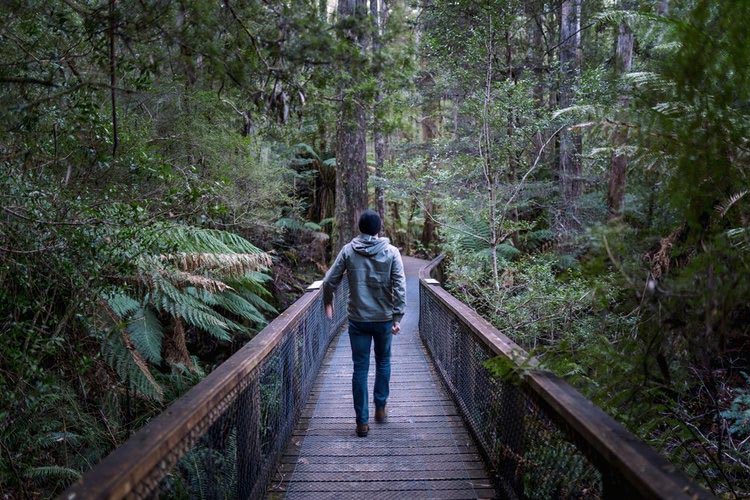 TACKLING HOMELESSNESS ON THE BIG SCREEN

A new short film is tackling the Tasmanian homelessness and housing affordability crisis. Tabernacle, produced entirely in Tasmania and by Tasmanians, is a satirical drama that examines class anxiety, social responsibility, and human responses to being confronted by this topic that has been at the forefront of Hobart’s consciousness for several years now. The film’s producer, writer, and director is Alex Laird, who works as the Lead Editor for Moving Image at MONA. “It’s a labour of love from more than fifty locals who want to bring more awareness and start more conversations about the social problem facing our community.” The public premiere screening is on Friday 4 October at 7pm at Moonah Arts Centre. Doors and bar open at 6.30pm. Andrew McPhail from Screen Tasmania and Holly Ewin from the Hobart City Council will be speaking, as well as a Q&A after the free screening. Check their Facebook page @TabernacleMovie for more details.

Four years ago Richard Jones was involved in a tree-felling accident that resulted in his spinal cord being severed. The 33-year-old father has been a wheelchair user since the accident. After trying a few new career options Richard is now employed by ParaQuad Tasmania, a not-forprofit organisation dedicated to people living with spinal cord injury and physical disability. Richard is an avid sportsman so he was the perfect person to trial the City of Hobart’s new TrailRider, a purpose-built, rough terrain wheelchair designed to handle bushland tracks. “The balance is really good, it didn’t feel unstable and I always felt safe. It was so good to be back on walking tracks I used to explore before my accident. It can handle single walking tracks and difficult terrain, which will be huge for getting people with physical disabilities out into Hobart’s bushland reserves,” Richard said. The TrailRider has been approved for particular bushland tracks inW aterworks Reserve, Knocklofty Reserve, Hobart Rivulet Park, the Soldiers Memorial Avenue and Wellington Park. The TrailRider is free and can be booked online at www.hobartcity.com.au/trailrider. 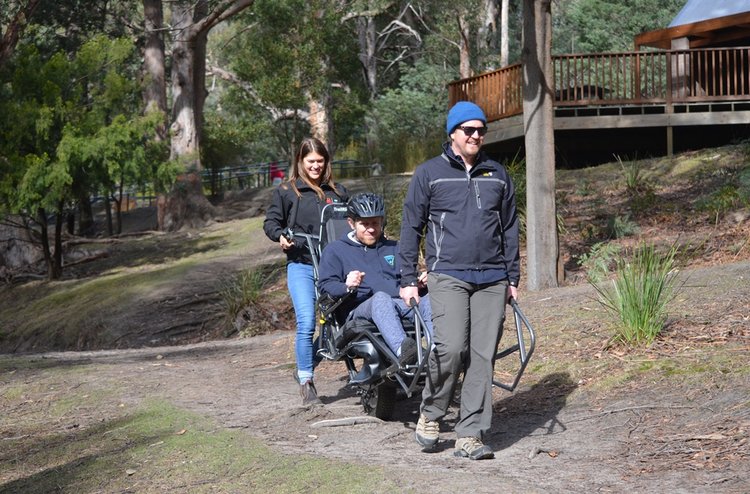 Landcare Tasmania is turning 25 this year and their biennial conference is on in Hobart from the 25–27 October. You can connect with Tino from ABC’s Gardening Australia, learn about dungbeetles with Graeme Stevenson, listen to Shasta Henry discuss insects and hear from national treasure FirstDogOnTheMoon! The program is focused on topic discussions, case studies, workshops and field trips that will grow and nurture the people working on land and waterways statewide. Anyone and everyone is invited and you can grab a whole weekend pass or buy a ticket to just one event. www.landcaretas.org.au

GET ON YER BIKE FOR MTB MOWIES

To help raise funds for men’s health through the Movember Foundation, solo riders, groups and families are invited to head out on a ride. MTB Mowies is open to all ages, all sexes, all abilities, all you need to do is choose how long you want to ride for. You can tailor your MTB Mowies ride to trails near you. Organiser, Andrew Wilson shared, “A friend of mine, Pete, tragically committed suicide some years ago which was very upsetting for all who knew him. Unknown to us, Pete was suffering from mental health issues and his passing was a very sad loss. I’ve created MTB Mowies out of respect for Pete’s memory and for other men in our community who are also suffering from mental health issues, hoping the funds raised through the event may help prevent other men from dying too young.” Registration is now open and only costs what you can afford to donate. Register today at www.mtbmowies.com

Electric vehicles will soon be able to plug into a new fast-charging station in the city, courtesy of a $50,000 ChargeSmart Grant from the Tasmanian Government. In the near future, electric car owners can use the new 60kW DC electric charging station with two connection points at the Dunn Street carpark. The infrastructure being installed will be able to support more connections in the future too as demand increases. The ChargeSmart grant will go toward the estimated $190 000 cost of installing the charging station and upgrading electrical infrastructure to support its use, with the City of Hobart chipping in the rest. The new fast-charger is expected to be available for use by mid-2020. It’s in addition to two free AC electric vehicle trickle-chargers located at Hobart Central.