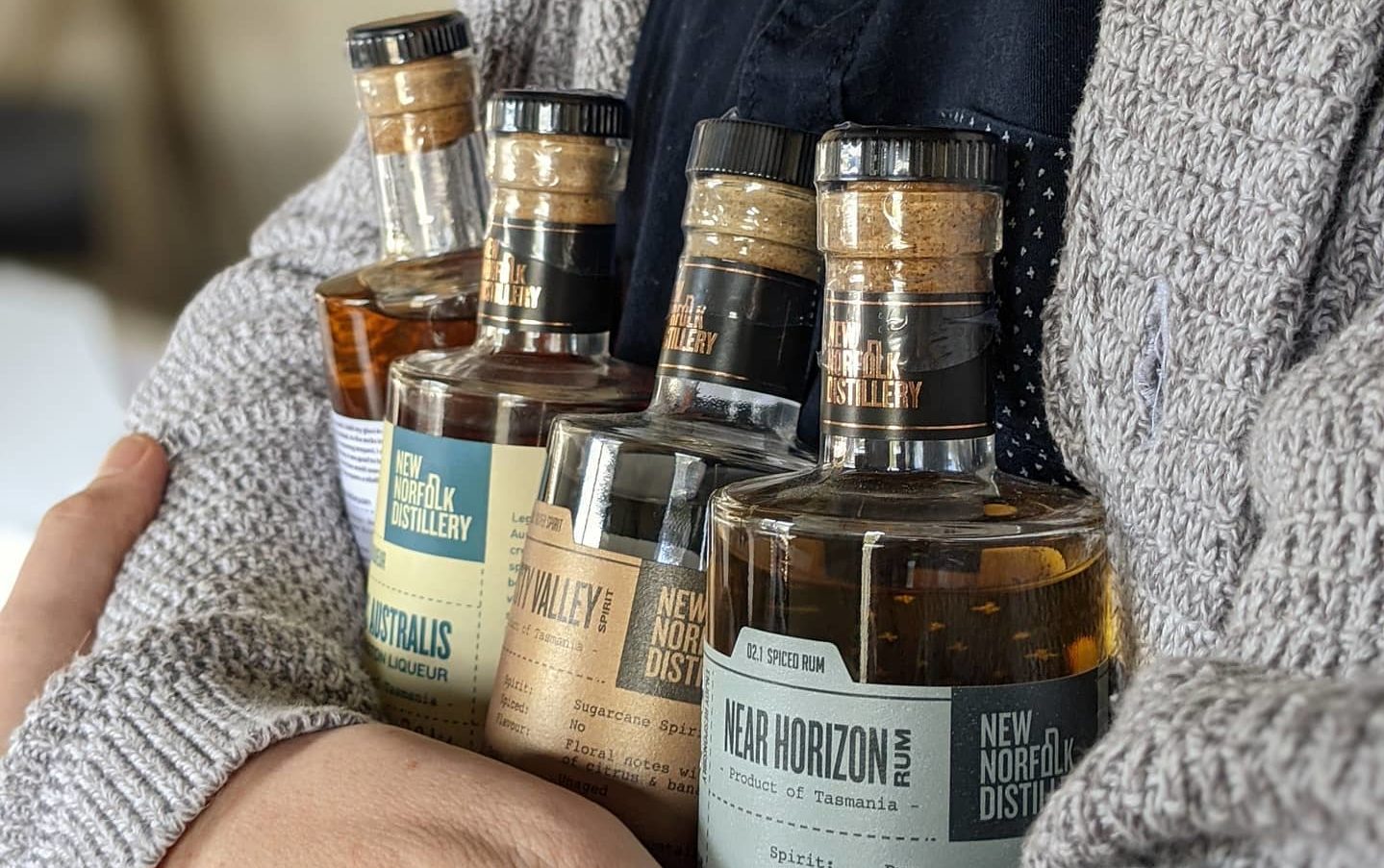 It’s not news that Tasmania is home to some of the country’s best distilleries. But while gin and whisky are the usual fare, some bold spirit makers are creating a more seductive drop – absinthe.

The mere mention of the anise-flavoured spirit absinthe is enough to conjure up images of bohemian parties in 19th century French bordellos.

“There are too many brilliant gins on the market for us to add to the competition, so we had a bit of a think about an alternative product,” Jack said.

“Absinthe is an incredibly fun and versatile drink with a rich history. The Tasmanian spirits industry is incredibly encouraging to new producers and I think people are genuinely interested in our absinthe.”

The duo’s absinthe-making process is based on the traditional method for maceration (the soaking of ground barley) with a “holy trinity” of aniseed, fennel and wormwood added.

“Then we do a final maceration with a secret combination of botanicals that add flavour and the famous green hue,” Jack said.

Working with a 60 per cent alcohol by volume spirit meant the distillers were probably among Tasmania’s safest residents during the pandemic, though coronavirus has still presented some challenges.

“We plan on selling to lots of local bars and Covid-19 sadly meant they had to shut down for a while,” Jack said.

Jack and Louis aren’t the only Tasmanian spirit producers thinking outside the box. On the grounds of Willow Court, a former asylum, Tarrant Derksen and Clara Ho have been turning molasses into rum.

New Norfolk Distillery events manager Clara said people may have only tried one rum, from one location, thinking they all tasted the same.

“Really rum can be very versatile,” she said. With native botanicals used in the distilling process the result is a uniquely Tassie-tasting rum.

But there have been fewer tastings in 2020. Like most distillers, Covid-19 saw New Norfolk Distillery producing hand sanitiser. But it was the providore they set up along with other local businesses that really helped them survive.

“We thought ‘why not band together’,” Clara said.

The providore offered a range of platter options as well as wines and spirits – which were from their fellow producers and friends.

Lark Distillery – already a household name – have also upped the ante, creating a “temple to gin” for their Forty Spotted range with the opening of Gin(bar) on Argyle Street.

By night, the menu offers gin-based cocktails featuring native and seasonal ingredients, but by day, Gin(bar) allows gin-lovers the opportunity to be a distiller by making their own personal, hand-crafted bottle of gin with its Ginstitute course.

Head of hospitality Dan Knight said the project had been in the works for a year. “We started in November last year, before we knew what the world would look like with Covid-19,” he said.

Dan said while Gin(bar) was a must-do for tourists, it was also a place Tasmanian locals would come back to time after time.

Oatlands is better known for historical sandstone than whisky, but soon, its mill will be busy again grinding barley with the $14 million Callington Mill distillery set to open next year.

Callington Mill will be capable of making up to 400,000 of single malt alongside a cellar door and visitors centre.

Developer and founder John Ibrahim said Callington Mill was in the works long before Covid-19 had halted domestic and international tourism, however he was optimistic travellers would soon return.

“The mill, which is 100 per cent Tasmanian-made, will be a destination,” John said.

“A glass window in the restaurant will allow people to see the full distilling process.”

While there will be a focus on export, John believes the project will provide around 30 jobs, and future plans included a bottling factory – bringing additional employment opportunities.

With so many projects in the works, it seems like Tasmania’s distillers will keep filling our glasses with surprises.