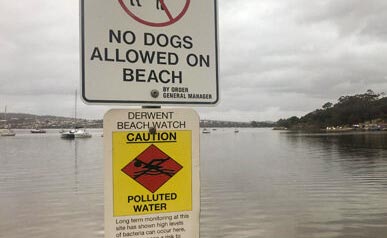 Do you know someone who might benefit from getting in the water? The Inclusive Swimming Tasmania pathway program of Swimming Tasmania and Special Olympics Australia, supports learn to swim teachers, clubs and centres in delivering swimming programs designed for people with a disability. They identified a significant gap for people with disability to participate with qualified instructors who understand how to support them to their full capabilities. The Inclusive Swimming Tasmania Program runs for 6-8 weeks, each class is about $10 a week across Tasmania. There are three streams, starting with water confidence right through to getting ready for competition and the opportunity to participate in Special Olympics events. For more information, or to join the waiting list, please contact thomas.hancock@ swimming.org.au

With the approval by Clarence City Council of the hotel to sit atop Rosny Hill, does this mean all Hobart hill tops are now fair game? Will there be a resurrection of the hotel at The Springs on Mt Wellington, which can look out over a hotel at Mt Nelson or Tolman’s Hill? From all accounts this is one decision that’s set to be appealed, so watch this space.

On a recent trip to pretty Cornelian Bay, we got the message loud and clear not to head into the water. It’s crazy to think that a beautiful spot like that can’t be enjoyed, especially when you compare it to far busier waterways in the inner harbours of Sydney and Melbourne. We’re told sedimentation from stormwater pipes and historic contamination from industries upstream have polluted the Cornelian Bay area. As a result, the beach is not suitable for swimming. On the Beach Watch website (derwentestuary.org.au) you can check if a beach is suitable for swimming before you chance it, monitored until the end of March. Blackmans Bay has had a continuous no swimming status and Beach Watch explain that the Kingborough Council has undertaken investigations and sampling there, “This has led to various cross connections and sewer leakage issues being rectified in the catchment area.” Leaking sewers sound like they should be a priority too?

In what could be seen as great news for lazy gardeners everywhere, researchers from the British Ecological Society have found that mowing urban lawns less intensely increases biodiversity, saves money and reduces pests. They pulled together North American and European studies from 2004 to 2019 to find compelling evidence that the more urban lawns are cut, including parks and roadsides, it has an increased negative effect on plant diversity and invertebrates. Even cutting back (pun intended!) a little can help increase pollinators, increase plant diversity and even help to reduce greenhouse gas emissions, the report found. It also means saving on wear and tear on your mower and fuel costs. So next time you’re asked to cut the grass, take a breather. If you need hard evidence, check out Ecological and economic benefits of low-intensity urban lawn management, by C. Watson, et al, 2019.

Bush Adventure Therapy (BAT) combines adventure and the bush with different types of therapeutic practice. For nearly 30 years, Dooloomai has supported young people aged 12-18 who are at risk of disengagement from formal education, experiencing social problems, mental health concerns, or at risk of engagement with the justice system. They’ve also supported adults and young people with intellectual and/or physical difficulties, in out of home care, living with diabetes, at risk of disengaging from private school, and Aboriginal Men’s health. BAT can help people to re-engage with both themselves and others, to overcome personal hurdles. Unfortunately, funding for BAT programs has been cut in Tasmania. Dooloomai is currently fee for service. Tasmanian social service and community services sectors need options to support young people in need – we’re told in 2019 alone Dooloomai discussed programs with 7 schools, 4 NGOs and received enquiries from 11 families all desperately wanting BAT for the young people they care for, but were unable to attain funding. Few in the community would disagree that getting young people out bush with experienced facilitators is an ideal early intervention. Dooloomai raise funds via grant applications and philanthropic donations. They’ve set up a Go Fund Me page (gofundme.com search ‘Dooloomai’) to with the aim of raising $54,000 to buy tents and a vehicle to keep the program going. Visit their page if you can help!

Our editor Steph has released her first children’s book, Benny Bintruck, a fun story about a messy, noisy garbage truck who is just trying to do his job. Steph teamed up with illustrator Marcus Cutler, who brought Benny and his mates, the Bin Rats, to life. Know a kid who loves garbage trucks? You can nab them a copy at Fullers or Dymocks Hobart, or jump online at bennybintruck.com.

Rumour has it that convict bricks from old sewers around Salamanca have ended up in at the South Hobart Tip. On good authority we were told that convict bricks that had been formed into water pipes were being removed in Salamanca. When asked where the bricks had gone to, the response was they were sent to the tip! They reportedly had the convict arrow markings on them. Asked if the heritage officer from the council got involved and the answer was no, the excavator just ripped them out. A few members of the general public took some bricks as a souvenir we’re told but the rest went to the tip. What a loss of an opportunity to create something really special that serves as a reminder of our heritage past.

Did you know each year Hagley farmer Rowan Clark creates a new crop maze and you can check it out? This year it’s a massive image of a native Tasmanian bee flying from her hive, which has been carved into a 5 hectare maize crop. Rowan initially came up with the idea when trying to find ways to entertain his children and it now attracts around 5,000 visitors each March. “Come with a drink bottle and suitable walking shoes and prepare yourself for a challenge! There’s a mini maze for smaller children and a larger maze for the older visitors,” Rowan shared. Last year the crop maze was an image of cyclist Richie Porte. Tickets are from $10 for kids and the maze is open every weekend in March, including the long weekend. Visit rupertswoodfarm.com.au 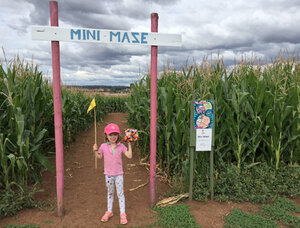