Grace Tame: Australian of the Year 2021

Congratulations to Tasmanian legend Grace Tame who was named the Australian of the Year for 2021. A two-year legal battle to overturn laws in Tasmania and the Northern Territory that prevented victims of sexual abuse speaking out saw Grace Tame nominated as the Tasmanian Australian of the Year. As a passionate advocate for sexual assault, Grace is a leader of positive change committed to breaking the cycle of abuse. She’s also a self-described adventurer and a lover of life – who can’t leave home without her Akubra.

Where in Hobart do you live? I currently beautiful Bellerive, but grew up in Seven Mile – the Eastern Shore is where it’s at! What’s the best thing about Hobart? How long have we got?! The close-knit, supportive community; the proximity to nature (kunanyi is the best playground); the beaches, the food, the markets, the architecture, the easy-going lifestyle – *chef’s kiss*.

And the worst? I’d love to say ‘nothing’, but as a runner, I have to admit I’d be happier with less of the gale-force wind we sometimes get, especially because I love to run over the bridge. Little me has nearly been blown off a couple of times! In fairness, it’d be too perfect here otherwise. 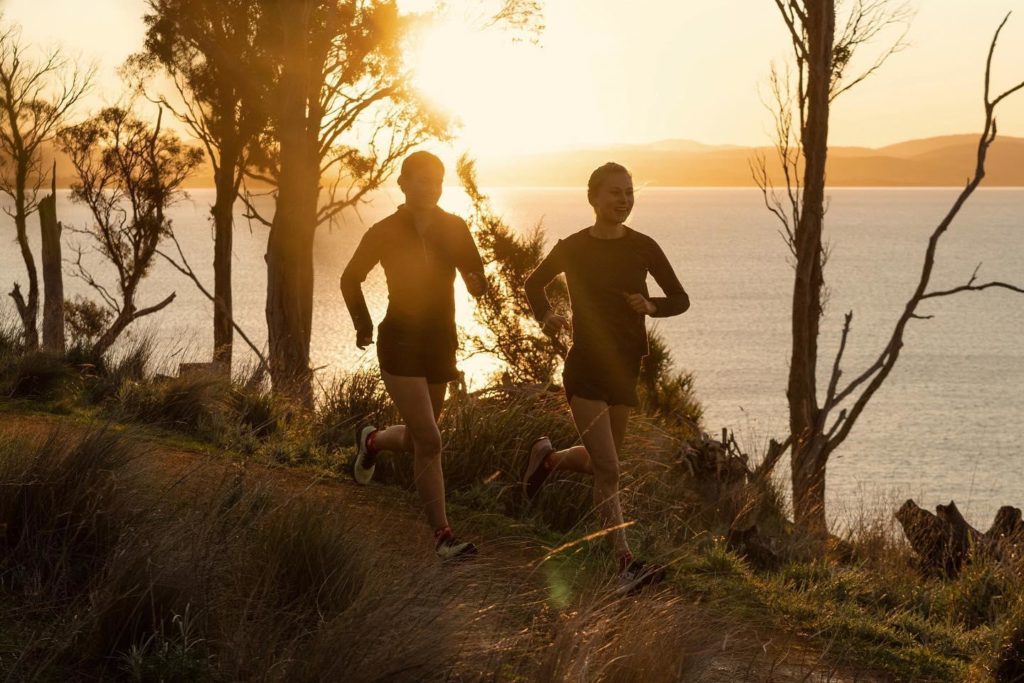 Tell us a little about your work? Campaigning and advocating for the rights of sexual abuse survivors is truly hard to distil. The public aspect of my work is only the tip of a very large iceberg. Privately I spend a lot of time with fellow survivors, often just sitting and talking; being there.

Recently I witnessed and helped prevent an attempted suicide. An element of sex crimes that I’m determined to shed light on is their uncontainable, immeasurable impact. The trauma extends far beyond the targeted individual and isolated instances of abuse. It affects families, friends and communities. Predators manipulate all of us. This is why we have to continue fighting for – not against – each other.

Although at times it’s confronting and challenging, work such as this is wholly regenerative. To hear the stories of survivors – to witness their immeasurable courage – is a great privilege.

You were recently recognised as Tasmanian Australian of the Year. How did that come about? What does it mean to you? In the lead up to the awards ceremony, more than one of my friends revealed they’d nominated me! That gives me the warm and fuzzies. Receiving recognition for this cause fills me with an overwhelming sense of pride in our community. It is indicative of the change we’ve achieved together. It is also a powerful symbol of hope for the future.

The #LetHerSpeak campaign has received international recognition. Has it unfolded how you imagined? Where is the campaign at now? Nothing really ever unfolds quite how we imagine it. The constant outpouring of love and positivity, the social shifts and the material change we have achieved are far greater than anything I could have hoped for. It’s a great honour just to be a small part of this movement we have created as a community.

What’s your dream project to work on? Ideally one whose goal is positive, permanent structural change. Regardless, I’d be honoured to work on any purposeful project that my family and friends are involved in. Who you’re working with is just as important as what you’re trying to achieve in the process.

I’m inspired by… Family, friends and positive community energy. There’s nothing more encouraging than togetherness. A special shout out to my 10-year-old brother, Oscar. He is full of life and love; generous of heart and spirit, perceptive, determined and resilient, with a brilliant and open mind. I love him more than anything else in the whole world.

What do you love doing outside work? Spending time with my boyfriend and all my other loved ones, laughing, running, swimming in the ocean, drawing and exploring the outdoors in my cowboy hat.

Drink of choice and where do you head for it? A big, frothy matcha tea from the one and only Master Phil at Staple in Bidencopes Lane. Go pay him a visit, you won’t regret it, that’s a promise.

Guilty pleasure? I refuse to feel guilty about binge-watching Schwarzenegger classics. If Mr Freeze is not your favourite Batman villain, you’re lying.

Favourite team? The entire cast and crew of The Castle – it’s the vibe of it.

What do you never leave home without? Akubra. Sleeping bag. Running shoes. These all permanently live in the boot of my car. Giddy up!

I’d like to travel to… Absolutely anywhere and everywhere! Including the Moon.

If I didn’t live in Hobart I’d live… Wherever my family is. Preferably somewhere warm and near the sea though.

When there’s nothing to do, I… Wouldn’t have the foggiest – I’m always on the go!

Favourite Hobart secret? Is that a trick question? Good luck keeping a secret in Hobart.

Where to next? Wherever life takes me. I’m up for anything.

Quote to live by? Always look on the bright side of life! And for runners and non-runners alike: one step at a time.