Did You Know Police Uniforms Are Hand Stitched In Hobart’s CBD?

Amid the hustle and bustle of Hobart’s CBD, a woman sits behind a sewing machine. Another leans over a table as she marks out a pattern with white chalk.

In this quaint, sunbathed room overlooking Elizabeth Street, these women are busy suiting up some of the state’s frontline works. 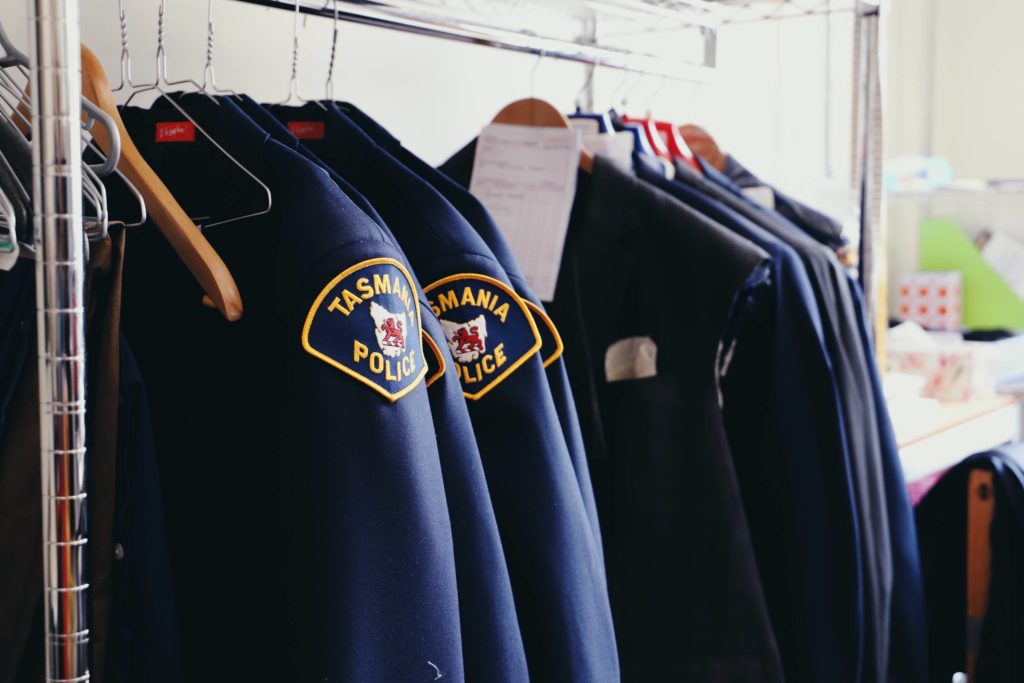 Forty-two dress uniforms for the Tasmanian Police Service were among recent orders which also included garments for Tasmanian Parks and Wildlife Service and Tasmania Corrective Services. They’ve even had the odd order for Mona.

But local hasn’t always been the first choice. Owner of The Island Seamstress Bronwen Feachnie said while the business had a long history of sewing gear for government agencies, they had “gone hard” for more contracts to keep production on the island.

“All agencies have dabbled with off-shore production,” Bronwen said.  “Some have even gone to Victoria.”

The team had recently filled an order for a government department who had previously sourced their uniforms from overseas.

“They just weren’t happy with the quality,” Bronwen said.

And the temptation isn’t just for a cheaper option, it’s also for a more convenient one. With a new frock just a click away, some bricks-and-mortar retailers have been unable to keep up. 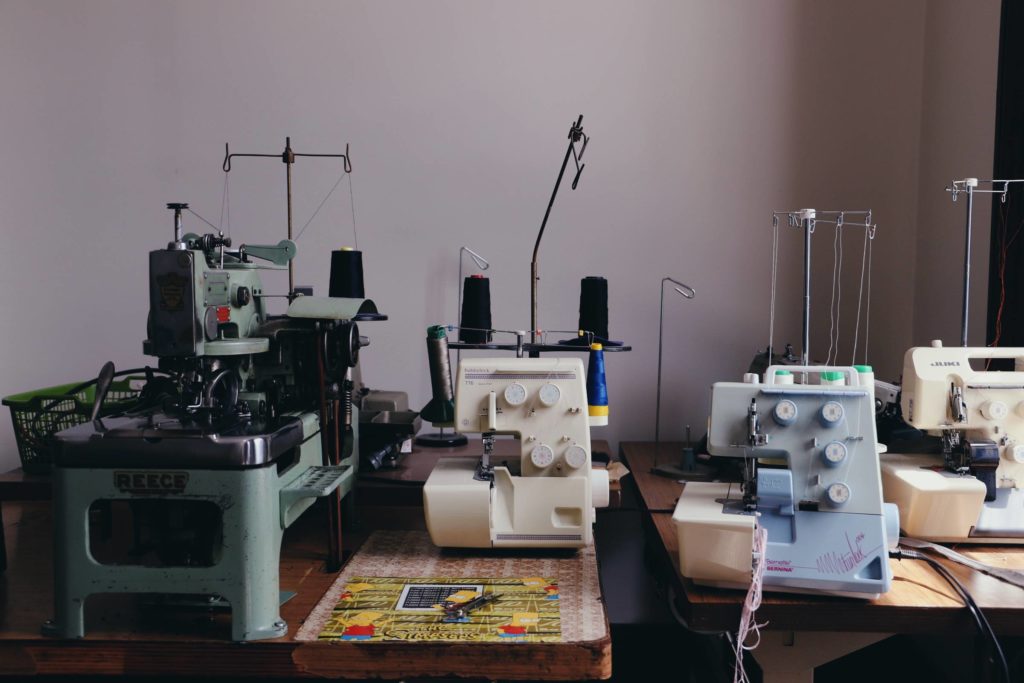 Seamstress Patricia, who had been working at the business since she was 16 – three decades ago – said the products she and other Tasmanian ateliers made were lasting longer too. Police officers have come back with uniforms 20 to 25 old in near-perfect condition.

“The only thing that might be wrong is that they’ve lost or gained a little weight,” Bronwen said.

“They were probably made by Patricia.” 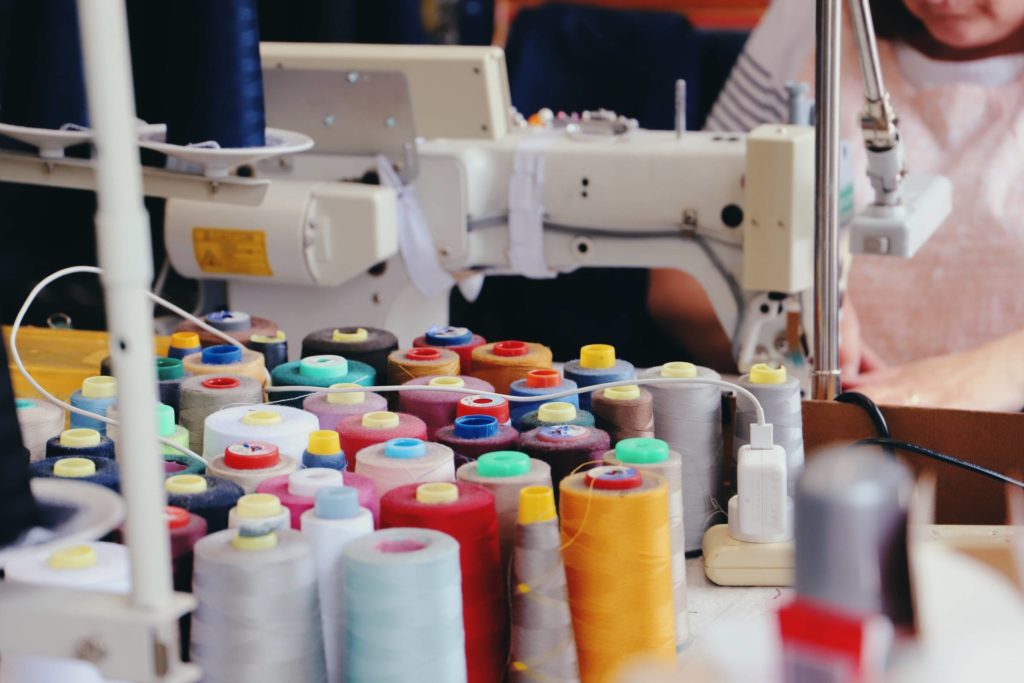 While the government does have a Buy Local Policy, Bronwen said it was important businesses were backed to build up.

“The bigger our population gets, the bigger the demand gets for [orders],” Bronwen said.

“Right now Tasmania doesn’t have the numbers to support the manufacturing required.”

Having spent most of her life sewing, Patricia believed internships, which although once plentiful, were now few-and-far-between.

Bronwen said she had been working with local TAFEs to help meet her staffing needs, but it was sometimes tricky to find someone keen to sew, rather than design.

Employee Jen came to the rescue when there was no-one in the workroom able to cut patterns. Jen arrived on her first day, unable to use a sewing machine, but she was given a crash-course by their in-house veteran Patrica.

“I was definitely thrown in at the deep end,” Jen said.

“But I’m always learning something new, something different and a new technique to manipulate patterns and do things quicker.”

Jen was now solely responsible for cutting the pattern for each and every order. “Not many people would be able to do that job in this state, so we probably need more training,” Bronwen said. 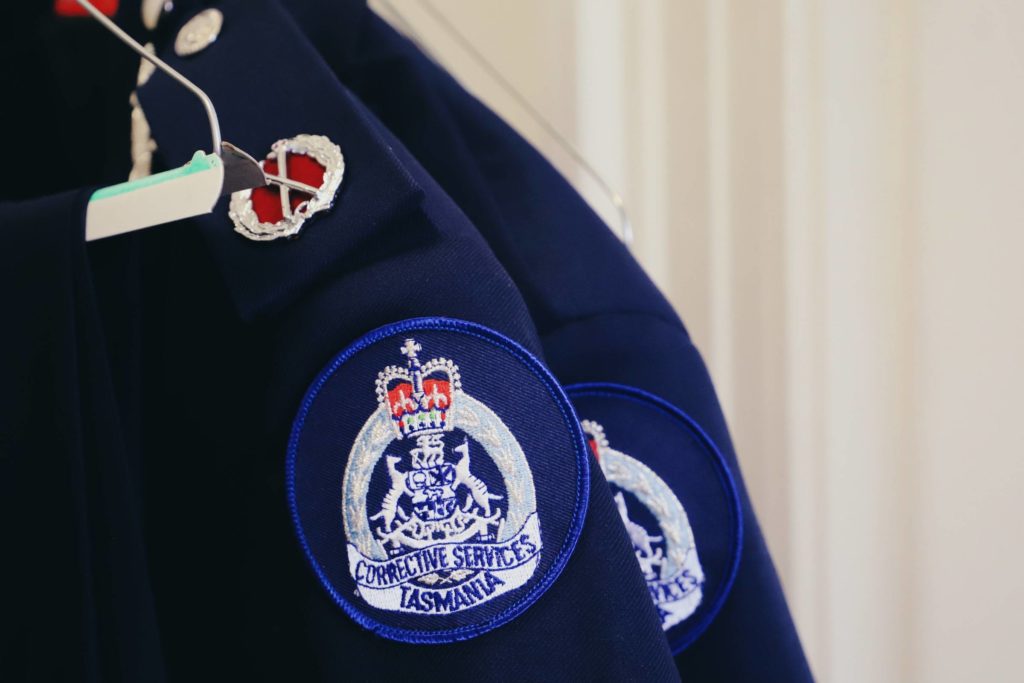 While time has seen the popularity of dressmaking fade, Tasmanian businesses have banded together, forming complementary relationships with people and companies to get the work done.

On whether the future of the industry is threaded for success, Bronwen said there was work to do. But ask her if the battle to keep the Tasmanian-made dream alive was worth it and she’ll tell you: “we just really enjoy what we’re doing.”