Fagus Turning it on in Tassie 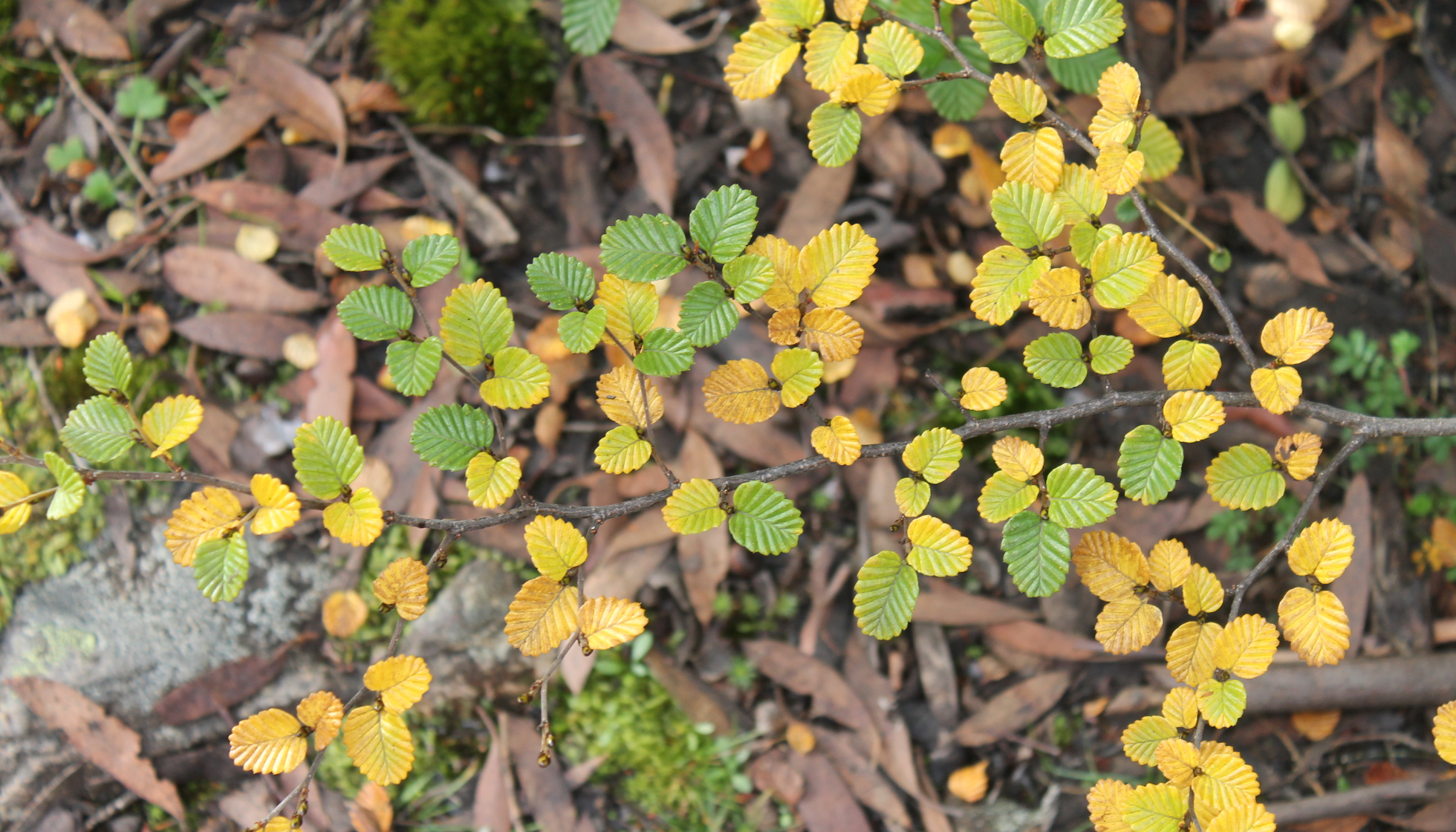 Autumn sweeps into Hobart, filling our streets with colour. This is a sign that our own deciduous beech, fagus (Nothofagus gunni) is soon to burst into gold, and later dark red, before dropping its leaves entirely. It is the only temperate deciduous native tree in Australia, a descendant of ancient Gondwanic plants.

From Hobart, the best place to view the fagus ‘turning’ is Mount Field National Park, or ‘National Park’ as many locals, including my mum, still refer to it as its original name, changed in 1937. This year, we set off late April, around the beginning of the turning.

The road to Mt Field winds along riverbanks, between green fields walled by striking golden poplars. Around Bushy Park, there are old oast houses and fields of hops. You can stop at the eclectic hop museum to look at black-and-white photographs of hop pickers, sift through old books and buy a bag of quinces.

At Westerway, we call into the Possum Shed for a slice of sachertorte on a willow- lined riverbank. While we don’t spot the elusive resident platypus, our toddler is just as happy with ducks.

Mt Field is country of the Big River nation, who witnessed the gradual creep of forests across the land in the wake of melting glaciers. Later, it was home to fringe dwellers of colonial society – escaped convicts, bushrangers and trappers – before attracting the attention of adventurous botanists. A national park was created in 1916, the area already accessible by rail (my mother recalls travelling on this same railway out to the park on school excursions in the 1960s).

Each part of Mount Field National Park is beautiful in a different way. You can wander through a mossy rainforest of giant swamp gums and myrtle to picturesque Russell Falls. Or picnic on the grassy flats at the base of the park amidst deciduous trees, one of my family traditions growing up.

We head up the narrow dirt road to Lake Dobson, about a half hour’s drive from the Visitor Centre. With baby Theo cocooned snugly, we complete the circuit around Lake Dobson, a flat, easy 30-40 minute walk. Gnarled, twisted snow gums reach over the lake-eventually they will keel over to meet their counterparts outlined under the dark surface. At a special place at the far end of the lake, the track passes through towering pandani and a stand of pencil pines.

About five minutes’ drive down from Lake Dobson, we stop at the Moorland Mosaic Track to wander over peat moor lined by pineapple grass, alpine coral- fern, and fiery mountain rocket. It’s a 15 minute walk if you take your time, which we do.

Another five minutes in the car, and we come to a tiny carpark where a grove of fagus grows alongside a boulder field. The greenery is starting to show flecks of lemony yellow. A sign tells us that the river of boulders is still moving, imperceptibly, and I picture it snaking down the mountain on a different time scale. As usual, on our journey home, we make plans for our next return.

From your car, on the road up to Lake Dobson (about 20 minutes’ drive from the Visitor Centre – look out for the boulder field)

When to visit: Late April to mid May (the fagus turns earliest at higher locations). Check the fagus report from the Mount Field National Park Visitor Centre on 6288 1149.