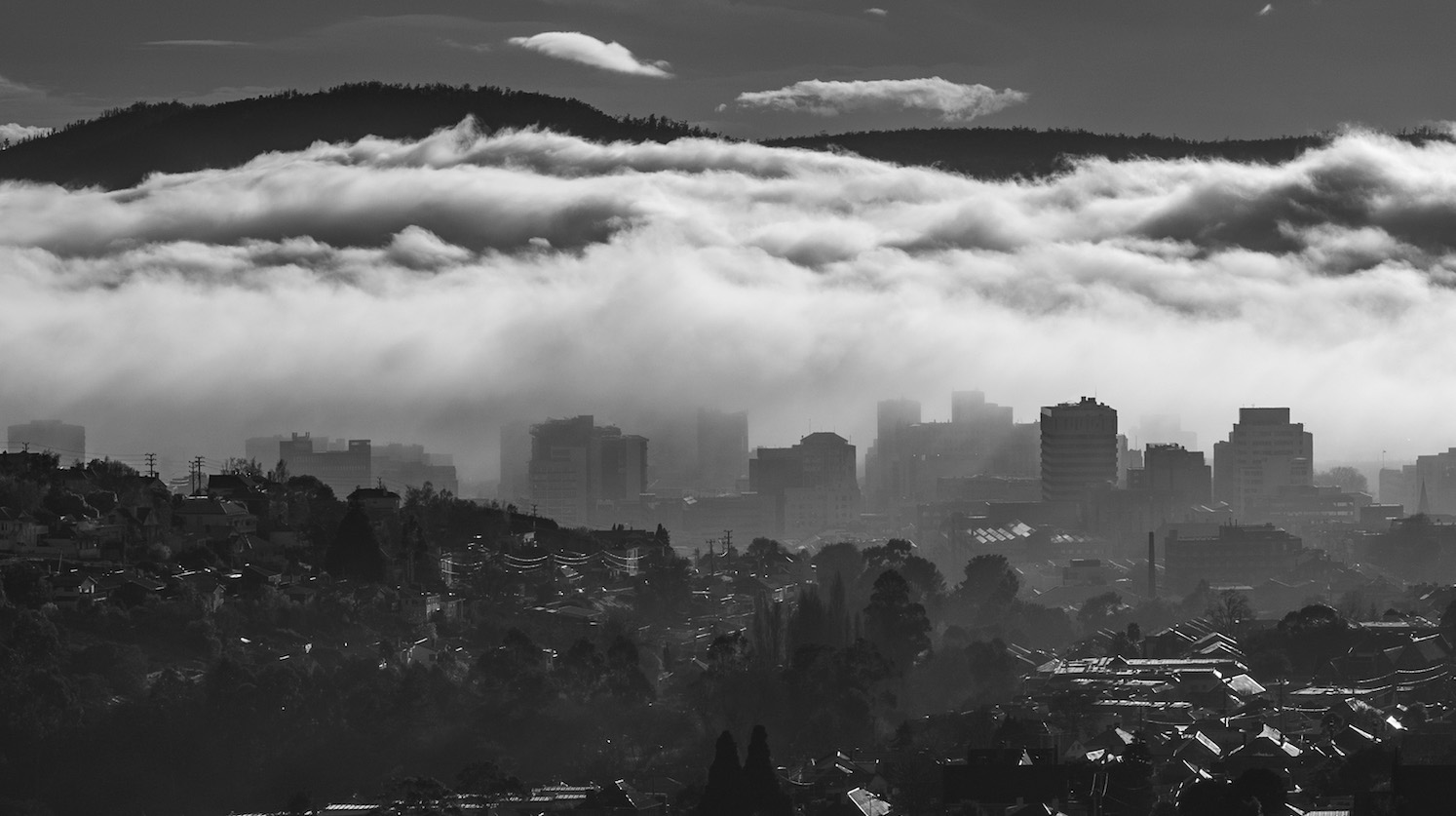 Here’s what we know about old mate Jerry. Like a black-clad Melbourne art lover, he loves to visit Hobart in winter. Around Bridgewater is his stomping ground and cold mornings don’t deter him, in fact he favours them. He likes to gather momentum from high in the Derwent Valley, moving into the low-lying northern suburbs, but occasionally reaches the city and even to the Eastern Shore. And he loves to put on a performance, as he snakes down the river, cooling everything he touches.

You can imagine, back in convict times, the likes of Ikey Solomon and his mates skulking around under the shroud of Jerry, keeping secrets in the fog. According to David James, in the UTAS online historical collection, The Companion to Tasmanian History, the most likely explanation of the term ‘jerry’ is that it came with convicts from London, where it was thieves slang for ‘fog’. “In 1821 Governor Macquarie, staying at Austins Ferry, could not leave for Hobart until 12.30 pm due to thick fog” – is probably the first recorded Bridgewater Jerry,” David shares.

Dr Amanda Laugesen is the editor of the Australian National Dictionary and a specialist in the history of Australian English and lexicography at the Australian National University in Canberra. “Jerry is an underworld slang term for ‘a fog, a mist’ and is first recorded in James Hardy Vaux’s New and Comprehensive Vocabulary of the Flash Language attached to his memoirs published in 1819,” Dr Laugesen said. “Vaux recorded the language used by convicts and his work is an invaluable record of this language, most of which passed out of usage. Bridgewater Jerry attests to some retention of the flash language in Australian English.” 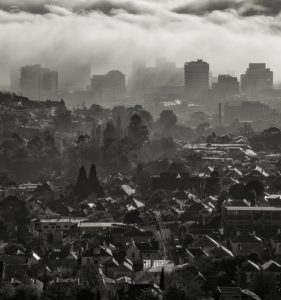 But what actually is the Bridgewater Jerry? We turned to Diana Eadie, a meteorologist with the Bureau of Meteorology to find out. “The Bridgewater Jerry forms when katabatic winds, a type of drainage or downslope wind, push cold air down from the hills after low temperatures during the night resulting in fog on the rivers at the base of the hills,” Diana shared. “There are two river basins which meet in Bridgewater and the build-up in this area pushes the fog down the Derwent River.”

Jerry is also an accomplished digital developer, having created a whole website www.bridgewaterjerry.com to house one epic photograph of himself. If you’re up for some online stalking Jerry also shows us his influencer side on Instagram at @bridgewater_jerry and has a Facebook fanpage at www.facebook.com/bridge.water.jerry.