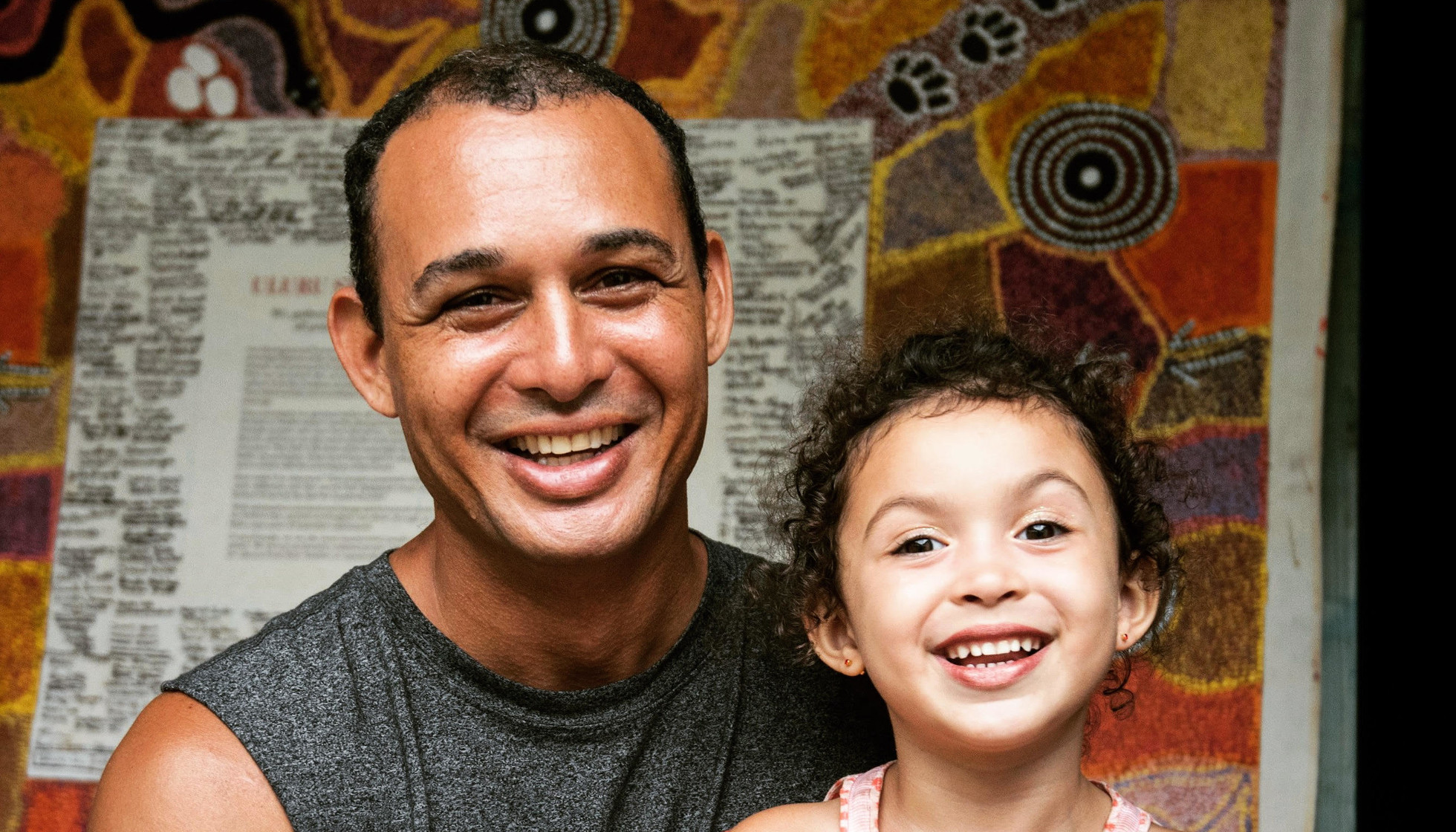 Every year, from 27 May to 3 June, National Reconciliation Week celebrates, educates and pays respect to the world’s oldest surviving culture.

The week starts on the day marking the 1967 referendum which resulted in the inclusion of Aboriginal and Torres Strait Islanders in the census, and ends on the day marking the Mabo Decision in 1992, the acknowledgment and legal recognition of the Traditional Owners and Custodians of lands. The Tasmanian National Reconciliation Week for 2022 will be led by palawa woman, Kaytlyn Johnson and Torres Strait Islander, Thomas Mayor. A signatory to the Uluru Statement from the Heart, Thomas is a tireless advocate for the advancement of First Nations People and although a self-declared quietly spoken character, is driving the conversation five years on since the Uluru Convention. Ahead of National Reconciliation Week, we spoke to Thomas and the local organisers behind the events of this month’s celebration, discussing what the Be Brave, Make Change campaign seeks to do.

Why was Be Brave, Make Change chosen for 2022? The theme this year acknowledges that the Australian people have all we need to make the changes required to recognise and empower First Nations people. There have been decades of truth-telling now. We have provided the roadmap for reform – the Uluru Statement from the Heart. And now all we need is the courage to go to a referendum to enshrine a First Nations Voice.

What is the Uluru Statement from the Heart and the significance of this in Australian Aboriginal history? The Uluru Statement is not just five years old, it is the culmination of the lessons we have learnt throughout over 200 years of struggle. We know that all of our statements and petitions in the past, written to kings, queens and parliament, have been ignored by the powers that be. The Uluru Statement is written to the Australian people as an invitation to walk with us. We also know that every time we have established a First Nations Voice, or representative body, our Voice has been silenced by hostile Governments, hence, we propose the Voice is constitutionally enshrined. We must learn from the past and now put those lessons into practice into the future. The Uluru Statement is historical in more ways than one.

Following the delivery of the Uluru Statement from the Heart in 2017, what happened? The Turnbull Government almost immediately dismissed the Uluru Statement and its calls for Voice Treaty Truth. But it wasn’t for the government to dismiss. First Nations people and the Australian general public, haven’t taken no for an answer.

What would an Enshrinement of the Voice seek to do and the power of being included in the constitution? A Voice that is guaranteed by the constitution protects it from hostile governments. The constitution is like the rule-book for all Australians, including the politicians. With a Voice in the rule-book, the parliament will not be able to silence it. The Voice will simply have a right to provide advice to Parliament. It won’t have veto powers or the power to pass legislation. With a Voice – representatives we choose that will always be heard when decisions are made about us – the voice will seek to ensure that governments start to make legislation and policy in a way that benefits us. A Voice will hold the parliament to account.

In Tasmania, a state based treaty is being discussed and processed. How does it differ from a national treaty? It is great that Tasmania is beginning treaty talks. Most First Nations people don’t want a national treaty, they want localised treaties for First Nations. What is important though is a National framework or underpinning commitments for security. The power in our political system is mostly with the Commonwealth, not the states. So, a constitutionally empowered Voice is vital to the success of local treaties, wherever they are made.

What progress has been made on the treaty to date? Treaties are hugely complex made 200 years after first contact. For example, in Victoria, with a favourable government and population, the process has been going for 9 years, and there is not yet even a log of claims – negotiations haven’t even begun. Indigenous treaty experts predict the treaty will take decades.

On 27 May, led by a panel of palawa-pakana Tasmanians, a forum will discuss the Uluru Statement. Later in the week, Thomas Mayor and Kaytlyn Jonson will be the guest speakers of the 2022 Reconciliation Tasmanian Breakfast on 1 June in Hobart. Head to rectas.com.au/national-reconciliation-week for tickets for both events and the full week’s itinerary.