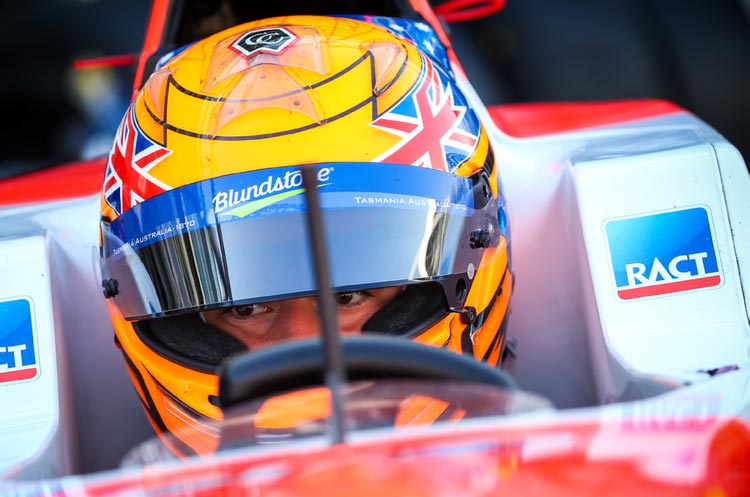 Hobart born and bred, 18 year old Alex Peroni is making waves in the world of motorsport in Europe. He recently won the Grand Prix of Monaco, marking the pinnacle of his fast-moving career to date.

What role has spending your early years in Hobart played?

I was born in Hobart and spent all of my childhood there. I think living in Tasmania affects how you see the world and how you think, and so it’s played an important role in my life. From a racing point of view it gave me my first opportunity to get into a kart, have a bit of fun and learn driving in a relaxed environment. However from the age of eight we had to start racing outside Tasmania to race with the more competitive drivers in Australia and then Europe. Being from Tasmania toughens you mentally and you always expect to have to move out of your comfort zone to follow your dream. I think this happens a lot for Tasmanians chasing their professional career.

For us it was a big leap to then race in Europe when I was nine but not so big that you wouldn’t try. I remember that for many mainland drivers it was crazy to think you would leave your home to go racing while for us it was just another step in an exciting journey. I’ve now been living mostly in Europe for over three years and even that was just a natural next step. I see lots of Tasmanians deciding to go the mainland to study, work or compete and I think we are just naturally more open to the idea of travelling to chase our dreams.

You recently won the Grand Prix of Monaco, how did it feel to hit the podium in such an iconic motor racing location?

Winning at Monaco was the pinnacle of my eleven year career so far. We’ve been working so hard to overcome a very difficult start of the season. Our speed hasn’t been bad but I’ve been involved in some accidents, including a big one at Monza, and we’ve had some technical issues that at Silverstone compromised our weekend, so hopefully Monaco gets our campaign back on track. In reality at Monaco half of the job is done in qualifying because it’s such a difficult track to pass on. Qualifying on pole was awesome and then winning was finishing the job. It was very emotional and we have to chase that feeling again!

As a result of the win, you went to the Grand Prix Ball and spent time with Daniel Ricciardo. What did you learn from that exchange?

It was a great way to top off an incredible weekend. I’d heard that if you win you get invited by the Prince to the Sunday night Grand Prix Ball and, in fact, some drivers bring their dinner suits just in case! It was really cool to receive, within a couple of hours of winning, an invitation to go to the ball.

We, had to then run around to organise a dinner suit! It was incredible when Daniel came up to me and tapped me on the shoulder. When I turned around I was shocked to see him there. He was so friendly but I could see that he was emotionally and mentally tired after the Grand Prix, which I can understand. I felt the same way yet my race was only half an hour compared to nearly two hours of the Formula 1 Grand Prix! I was very grateful for the time he gave me where we chatted a bit and he wished me luck for the future. Hopefully one day we will race against each other!

Is it true that until you get to Formula 1 racers need to self fund their team?

Yes, people are shocked to hear that. It’s an expensive sport. Until you get to Formula 1, the driver has to cover their own costs. If the team believes you’re a good driver they sometimes offer you a discount so that you race with them. Without my sponsors Blundstone, RACT and RDM (Richardson Devine Marine) and all of the people who donate funds or participate in fundraising functions, I wouldn’t be racing. Every year the funds required ramp up.

How do you do that?

We’re always looking for companies that want to be part of our journey. People think sponsorship is about selling something but our offer is really about companies aligning their brand to my journey and all of the excitement that goes with taking on the best in the world in places like Monaco. It’s incredible to see Tasmanians and, in fact many Australians, so passionate about what we are trying to do. With the right support we believe we can make it!

But we won’t see you on the roads around Hobart any time soon will we. Is it true you don’t have a driver’s licence?

Yes that’s true. I pretty much live full time in Europe and finding the time to get the hours to practice and log the necessary time is nearly impossible. People also think it translates easily but driving on the road is a very different challenge. Being able to drive a car is only a small part of being allowed to be on the road. There are so many known and unknown things happening on a public road. It’s not easy! 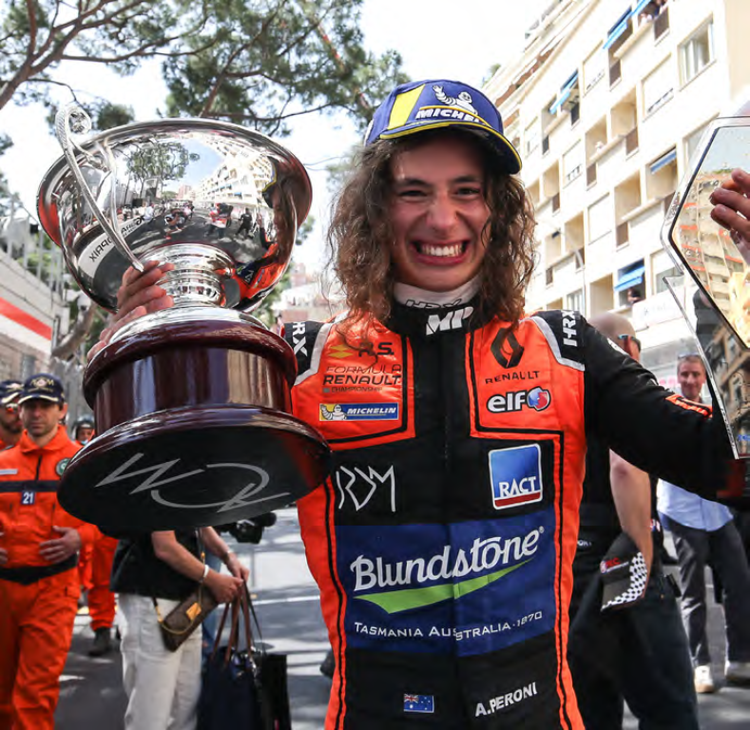 What’s the next step for Alex Peroni – where do you hope to be this time next year?

To be honest, my focus is this year and doing well. Good results this year make it possible to keep going because we might receive good offers from teams and it obviously helps us in our relationships with sponsors. Next year it really has to be either Formula 3 (called GP3 this year) or Formula 2. I leave that up to my management team as it depends on what level of funding we manage to get for next year and what offers we receive from teams. My focus is the next race meeting in Austria in late July!

Do you get back home very often?

I’ll always be a Tasmanian boy with home close to my heart. I’ve been lucky to see many parts of the world at my age but Tasmania is where I want to be. Unfortunately I don’t get home very often, maybe once during the season to catch up with family and friends as well as to work with sponsors and do some fundraising. It’s usually pretty hectic when I’m in Europe so I do like to relax at home and of course keep up my daily training program. This is normally only two or three weeks and then it’s back to Europe before returning late in the year for to the Europe is winter and the off season for motorsport.