You Had Buckley’s Chance When The Circus Came To Town 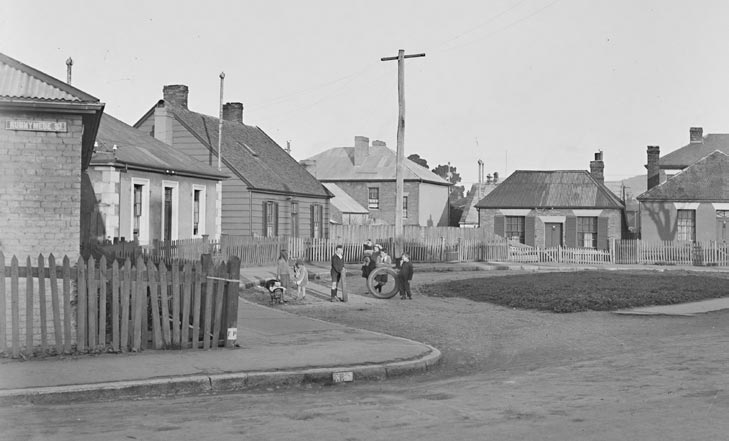 Ever heard the expression ‘Buckley’s chance’? One theory is that it refers to escapee convict William Buckley who came to live with an indigenous community near Port Phillip in Victoria from 1803 to 1835.

Buckley later moved to Tassie (then dubbed Van Diemen’s Land) and was living in Arthur Circus in Battery Point when he died in 1856. His survival outside European settlement was considered to have such odds stacked against it by authorities that the term ‘Buckley’s chance’ was born.

Arthur Circus has a rich history, including that of Buckley’s last days, and a colourful crowd of whalers, sailors and free settlers who roamed it’s circular street in the heart of Battery Point. The tiny dwellings encircling the village green were built for officers of the garrison and became the homes of waterfront workers for decades.

Did you know that Arthur Circus was one of the first sub divisions in Australia? The land was established by then Governor George Arthur in 1829. Until the 1830s, whale oil was Hobart’s biggest export and the workers all lived close to the waterfront, which meant that Battery Point had everything from dockworker’s cottages to merchant class mansions.

But rich or poor, the residents of mid-nineteenth century Battery Point enjoyed their grog. Convicts, captains and, notably, the Rev. Robert Knopwood, would gather at Shipwrights Arms, a few streets away from Arthur Circus, which is still in operation on Trumpeter Street, 173 years later.

Because most of the Arthur Circus cottages, built in the 1840s and 1850s, have been carefully preserved, they attract thousands of visitors each year (wandering around the circle, drivers beware!). Tourists looking for a taste of colonial times might just be met by a resident female ghost who, according to Ghost Tours of Hobart and Battery Point, still haunts Arthur Circus to this day. We warned you! ■