What’s Up Down Deep 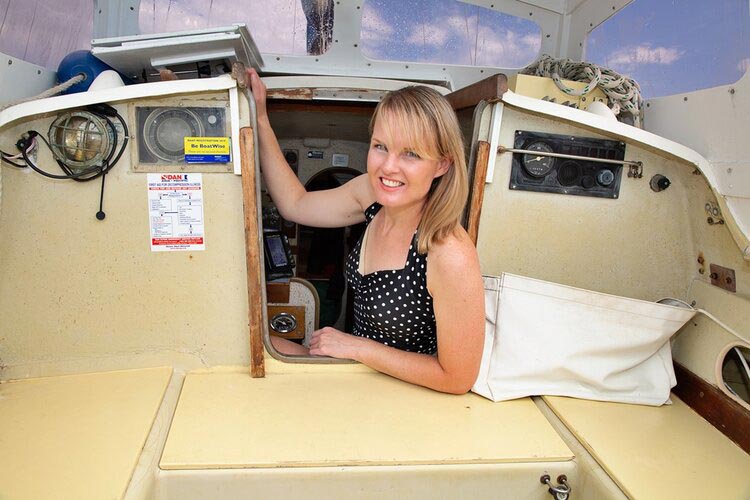 When you think about Antarctica, what things come to mind? Probably penguins and icebergs, perhaps even international collaboration and research stations, but I’m guessing corals wouldn’t even make the long list, let alone the short one.

That’s what I thought when I interviewed Narissa Bax about her research into … you got it … Antarctic corals. Narissa is a bright, cheerful scientist, with tumbling blonde hair and a quick smile. She’s an early career researcher, meaning that she’s less than 7 years out of her PhD, and she has been on 5 research trips to the Antarctic. Narissa currently works in the Australian National Fish Collection, housed at CSIRO in Hobart.

So first, the basics. The corals that grow in Antarctica are mostly deep sea corals. While they are relatives of the tropical varieties that most of us have heard of, there are some significant differences. Tropical corals have a symbiotic relationship with an algae called zooxanthellae (zo-zan-thel-lee), but deep sea corals do not. This means that they are not restricted to the region where light penetrates. The deepest known Antarctic coral grows to about 4000 metres below the surface! Because they rely solely on filter feeding, they grow much more slowly than shallow water corals, but they do form reef-like aggregations. In Antarctica, fields of corals have been recorded around 450-600 metres deep, below the depth at which the bottom of the ice pack tends to scour the land. Incredibly, there are about twice as many kinds of cold water corals as tropical varieties, and they are far more abundant. I guess that’s not a huge surprise, since there’s a lot more of the ocean bottom that’s deep and cold than shallow and warm! Like their tropical cousins, Antarctic corals provide habitat for other organisms, though unlike on the Great Barrier Reef, Antarctic soft corals provide more habitat than hard corals. 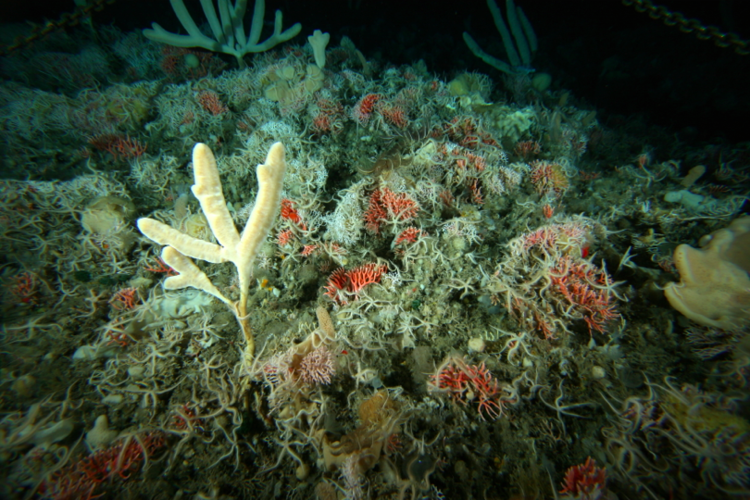 Antarctic corals hold some interesting promise in terms of climate change mitigation. The main driver of climate change is, of course, increasing amounts of carbon being released into the atmosphere, mostly in the form of carbon dioxide (one of the “greenhouse gasses”). Like trees and algae and most living things, hard corals essentially remove carbon from the environment and store it in their tissues and skeletons. The more carbon that is stored, the less is available in the form of greenhouse gasses. Taking these gasses out of the system and storing them in living organisms is one way to reduce the impacts of climate change. That’s the concept behind tree planting to combat climate change. Although the biomass of deep sea corals is not nearly as significant as that of ocean plankton and microbes, they are such long lived organisms that they have the potential to sequester (or store) this carbon for hundreds of thousands of years, if buried after death in the sediment. Narissa is hoping that this concept of “blue carbon” can be incorporated into international treaties.

The problem is, conservation science in Antarctica is a really complex task. Not only do you have to navigate the harsh working conditions, but also a slew of global interests and alliances, and the melting ice cap as well. Antarctica’s terrestrial environment is protected as a reserve, but as the ice sheets retreat, they leave behind more marine areas, which have lower levels of protection and can be vulnerable to exploration for “sustainable use”. Ultimately, this could be bad news for our deep sea corals.

When I asked Narissa when the world found out about Antarctic corals, she laughed and said “I think the world still needs to find out about them!” So world, meet corals, and feast your eyes on these incredibly beautiful landscapes hidden away far below the ice. ■