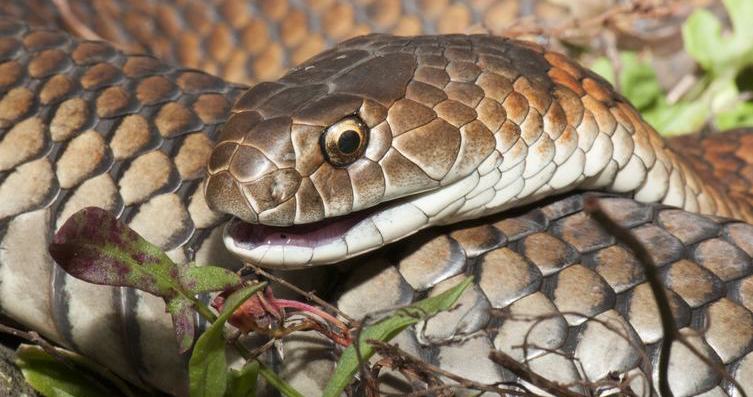 With Summer on the way, it’s time to plan your next adventure in the great outdoors. It pays to remember that while nature may be healing to the soul, it is capable of being dangerous to the body. To totally freak you out, let’s have a good look at five of the most dangerous predators you may encounter in Tasmania this summer.

There are three species of snake native to Tasmania, all of them venomous, though until this year Tasmania had gone over 40 years without a snake bite fatality. However, 2020 has reset our counter back to 0 after a 78-year old farmer was unfortunately bitten by a tiger snake and tragically died from his injuries in January. 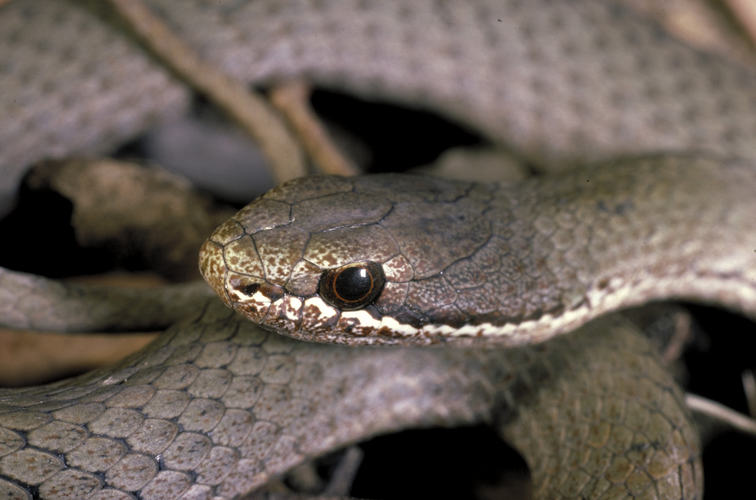 The White Lipped Snake, also called a Whip Snake, are very shy and very tiny, only growing to between 25-40 cm on average. They have proportional tiny fangs and venom glands so their bite is unlikely to do any serious injury to a healthy adult. However, some people may find themselves sensitive or even allergic to the White Lipped Snake’s venom so it’s best to leave these little fellas alone, and always treat any snake bite received seriously and promptly. 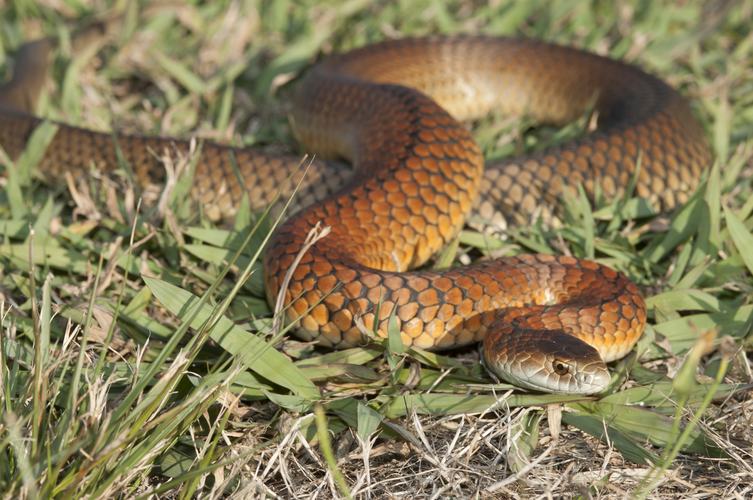 The Lowland Copper Snake is a much bigger boy, up to 1.5 metres in length. When they’re threatened they like to flatten themselves to appear even larger. Many Copperheads have an orangey red streak running along the lower sides of their body which can lead people to mistake them for the infamous Red-Bellied Black snake, who don’t live in Tasmania at all. As well as identity theft, Lowland Copperhead snakes are also reported to engage in cannibalism, apparently quite rare behaviour in snakes and marks them out as a pretty bad bunch. Copperheads are classified as “dangerously venomous” and a single bite from one is capable of killing an adult human if proper first aid is not enacted. Their fangs are relatively short however and unlikely to pierce protective footwear like sturdy shoes, thick socks, or gumboots. Phew. 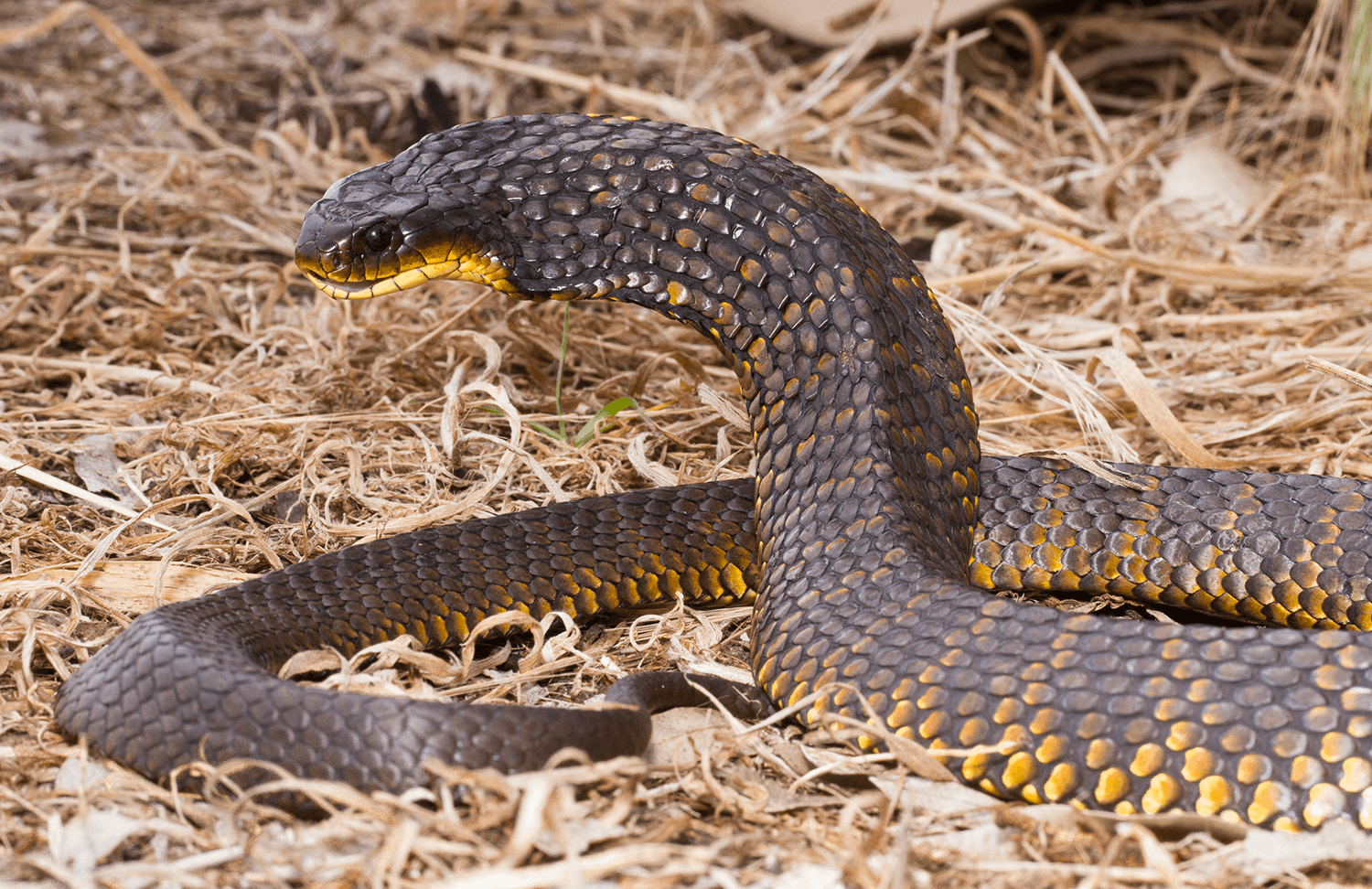 The Tiger snake is the most dangerous of all Tasmanian snakes. Their venom is highly toxic and they produce lots of it. Annoyingly, despite their name, Tiger snakes can be stripy or plain. They also fluctuate wildly in colour from black and orange, to grey and cream, dark olive and yellow and any colour in between. Essentially, if you see any snake in Tasmania at all you might as well assume it’s a tiger snake and treat it with extreme caution. 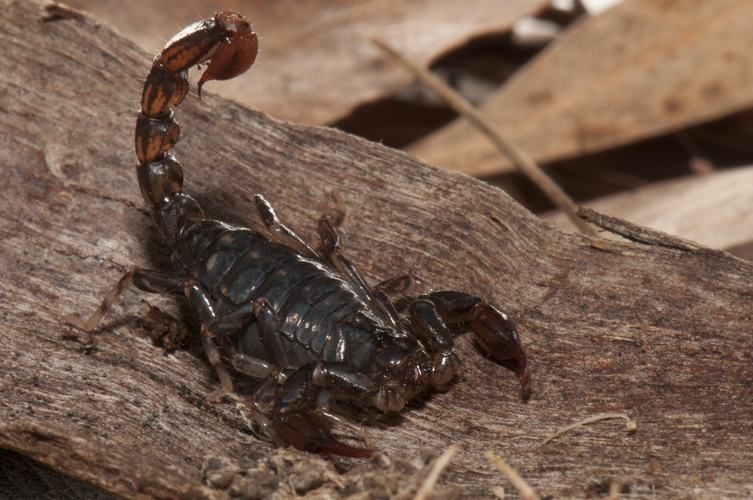 There’s only one species of scorpion that lives in Tasmania – cercophonius squama, or the Wood Scorpion. He may be scary looking but really he’s not even lethal. A sting from these guys is said to be comparable to a bee sting, painful but not deadly. In fact, no one has ever been killed by a scorpion in all of Australia, making it one of the few instances where our wildlife are less dangerous than international equivalents. However they can be quite aggressive creatures, particularly during the warmth of summer when they are most active, so be wary. 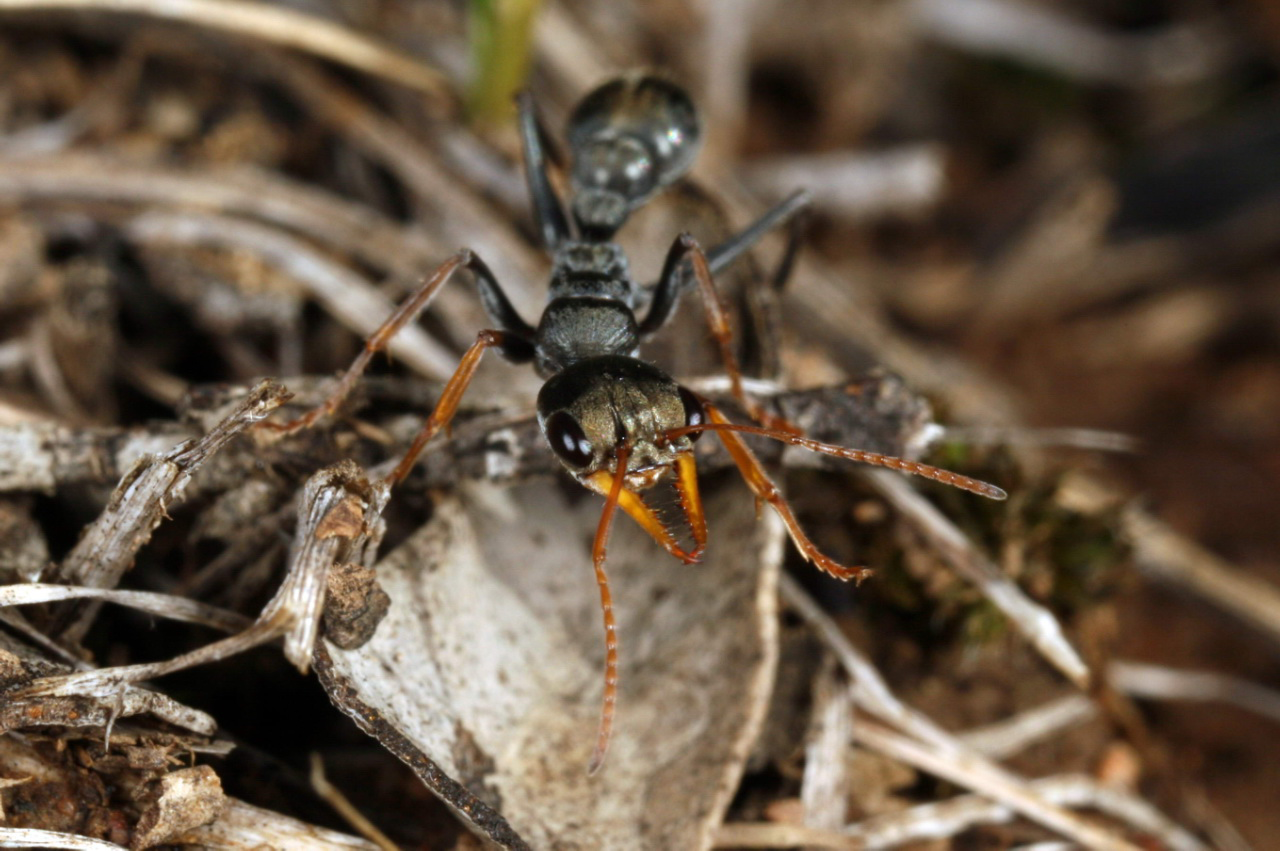 Ants are awful, always crawling into your kitchen and ruining your picnics, but jack jumpers manage to be even worse – they’re one of the most dangerous ants in the world. These guys are HUGE, for ants, and as their name suggests they love to jump. When threatened they’re capable of jumping over 10cm repeatedly, 10x the length of their horrid bodies.

Jack jumper venom is one of the most powerful in the insect world. In Tasmania about 3% of the population (over 14,000 people) are at risk of anaphylactic shock if stung — that’s twice the national rate of bee sting allergies. Between 1980 and 2000, four people died from jack jumper stings in Tasmania. In 2003, the Royal Hobart Hospital launched a desensitisation program for the jack jumper allergy which has proven to be nearly 100% effective and since then no jack jumper deaths have been recorded. Worryingly, however, the program is said to be chronically underfunded and at risk of closure.

The recently announced Tasmanian NBL team will hopefully become the epitome of their namesake and everything you’d want a basketball team to be – jacked, great at jumping, and potentially deadly.

As fearsome as these predators may be however, dangerous is not the same as evil, especially in the animal kingdom. After all, they don’t actively mean you harm, they’re only trying to fend off what they perceive as danger. If you treat the environment around you with respect and take sensible precautions, you should be safe as houses this summer, no matter how far from home you roam.

Fun Fact! Tasmanian snake venom does not travel in your blood but through the Lymphatic System (which is just under your skin). This means instead of tourniquetting the affected limb and raising it above your heart as you may have been taught in school, the most effective first aid steps to take before seeking treatment is to immobilise the bite site and move it as little as possible.

All pictures from the collection of Museums Victoria ■