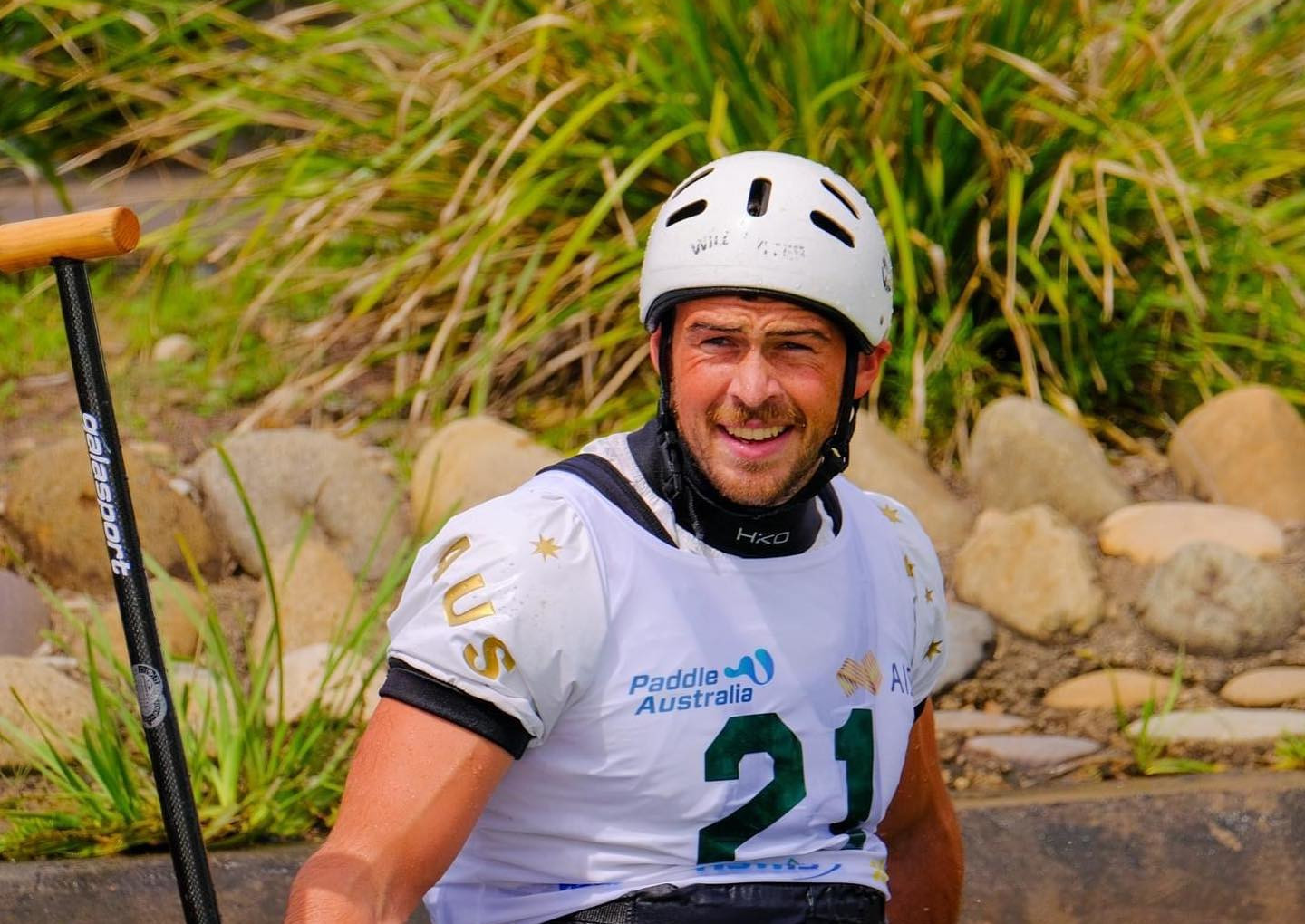 Dan Watkins is one to watch. Bursting onto the senior scene only two years ago, the 25 year old is only just getting started, in a sport that values a bit of age under the belt.

How did you get into kayaking? My dad got into flat-water kayaking and joined the Derwent Canoe Club. Once he was in the club, he learned they were running a kids program for 10 to 12 year olds to get into slalom and whitewater. So I did that program. It was just a summer on flat-water getting some basic skills up, then we went on the whitewater. I instantly fell in love with the sport when I had enough skills to get on the whitewater, and pursued slalom through that, it was a slalom based program from there.

This will be your first Olympics. What’s it like training for an Olympics that hasn’t had a date until recently? It was quite a while without a date! It’s a different Olympic experience, what it’s going to be now, compared to what I was dreaming of when I got selected to the team last year. It was before COVID had really had a big impact on the world. It’s completely out of my control. There’s not really much I can do to change anything apart from just keep training, and keep hoping that the games are going to go ahead and keep adjusting training to the date and just get ready to perform my best when we get there.

And how do you feel your performance is going? How are you feeling? To be honest, the games being postponed a year is probably better for my performance. It’s my first games and I’m quite young in slalom. In slalom it’s the late twenties to 30, even early thirties when you have your peak performances. And a lot of other competitors will be going to their second or third games. So for me, an extra year and I’m still on a good learning curve. I should simply be better racing in 2021 than 2020 if everything goes ahead.

You’re training at the moment in New Zealand. How does it feel to be overseas? It’s really nice, hey. Last year was the first full winter I’ve done in eight years, with our sport we just travel. We travel so much. We have our domestic season in Australia in the summer, state champs, nationals. We have some international invitational races in Australia and New Zealand. And then we go and do all the world cups and world champs, always in Europe. I do six months in Europe through the winter. So that was super different with COVID and everything actually being home for so long and having an actual winter to train to. But the training was good and I liked being home.

Where is home? In the Huon Valley.

Where are your favourite spots to paddle around home? Bradys Lake is the best training spot in Tassie for slalom. I get out and do lots of creek boating and paddle on as many rivers as I can. And it’s hard to pick some favourites! I end up kind of all over the place, wherever the rain goes.

What does a typical day look like for you at the moment? We have two whitewater sessions a day, which is quite a bit. We’re normally on the whitewater once a day, and then cross training for the rest of the day – do some flat-water, running or gym. Because we’re in New Zealand for a training block we’re on the whitewater twice a day.

There’s a timeframe on your career as a professional sport­sperson. Outside of kayaking what do you want to do? Good question, I don’t have a good answer. I started a Bachelor of Science but dropped out of that. I enjoyed what I was studying but I wasn’t that excited about the career path. I’m pretty open-ended at the moment, just going all in for slalom, especially since the Games. I haven’t been trying to plan to work or study more than just some odd jobs for friends.

How do you fund your training? Most funding is through the sport itself. It’s a result based tier system, and with the results I’ve had in the last few years, it’s enough to get mostly by. When I’m home in Tassie, I do a little bit of work as much as I can like a bit of labouring. At our level, a lot of our training costs are covered and international travel around racing is covered too.

Are you looking for a sponsor? I could be, if anyone’s keen! (Ed’s note…contact us if you want to sponsor Dan!)

Do you ever kind of run into other Tasmanian Olympians? Like a little club? No, not really. But we’re going to the gym at the Tasmanian Institute of Sport. I’ve met lots of other athletes from other sports, so that’s kind of cool. Not always the Olympic athletes, but we end up in the gym with five or six different sports at the TIS and that’s kind of cool. Last winter I was in there three times a week consistently all year.

What’s the hairiest spot you’ve gotten yourself into in a kayak? Honestly, I’m pretty lucky. I haven’t had too many bad experiences on the river, which has been awesome. I’ve barely thad a swim on a river myself! We did one mission last winter, the Douglas River in the Douglas-Apsley National Park. It was pretty much remote. There’s a three-day walking track there. For us it was two hours hiking and then an abseil around a 20 metre waterfall. And then it was six or seven hours on the river after that. We were working pretty hard to get down the river as quick as we could because it was middle of winter. Ten minutes after it went dark, we got to the car. If anything went wrong in there, you’re in the middle of the three-day bush-walking track. It’d be quite a mission to get out!

Where’s your current base? It had been in Penrith, near the Olympic course. That’s where our national team centre is set up, where all the coaches are and we’ve got a pretty good training facility there. I’ve been there mostly since the state borders opened up in October.

What do you like to do when you’re back in Tassie? Just get out as much as I can into the wilderness. I love mountain biking, hiking and camping. I camp more than I stay at home!

Where’s your favourite campsite? I like getting up into the lakes around Bradys Lake, exploring the other lakes around there, and getting to the west coast is always stunning. It’s a bit hard to kind of duck away just for a night or two, but it’s always epic going out to the west.

Check out Dan in action when the Tokyo Olympics kicks off later in 2021.