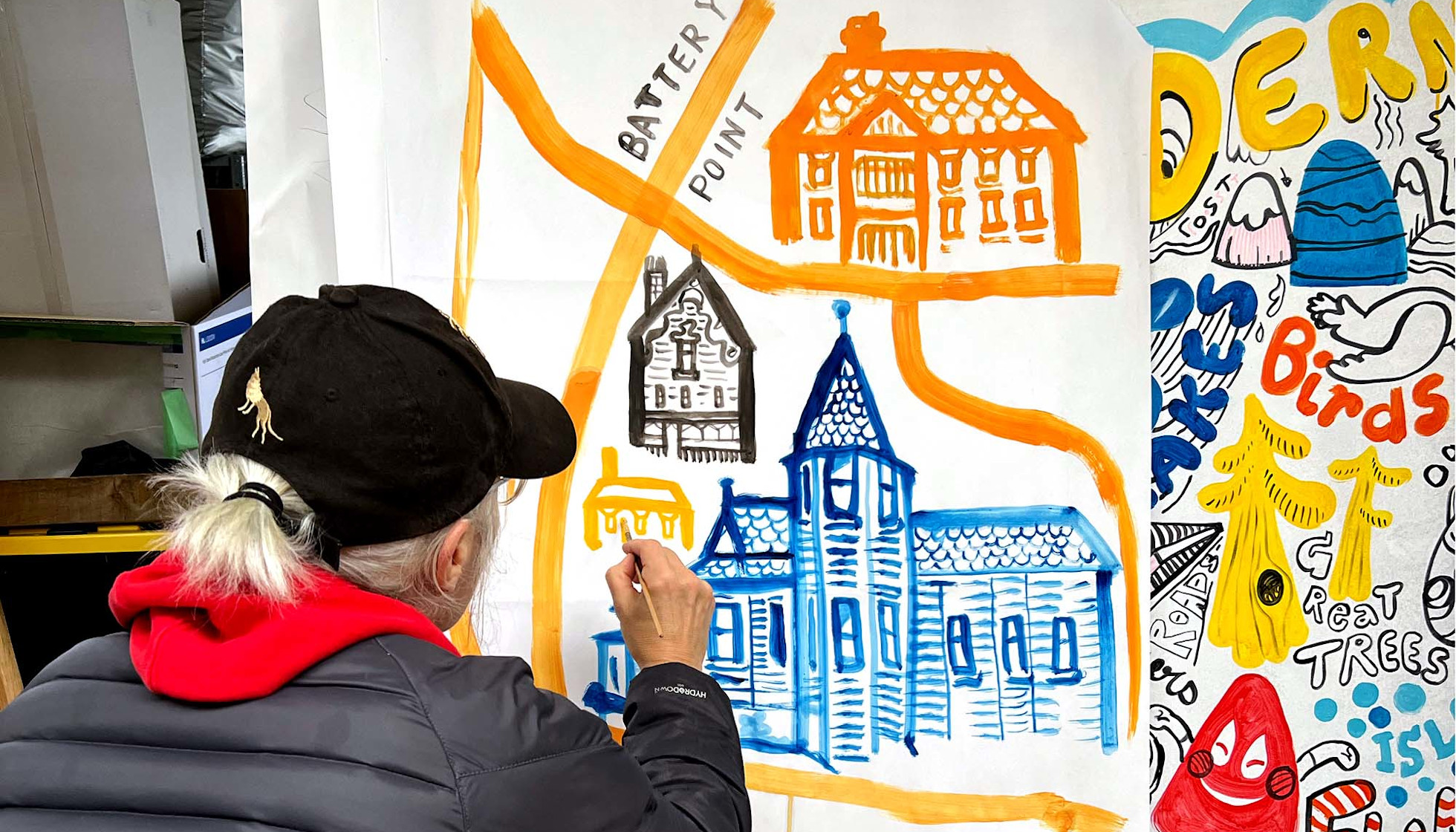 With a career in the arts, corporate sector and even a Walkley Award under her belt, accomplished illustrator Suzanne White has released a beautiful tribute to Hobart.

You’re an illustrator. Do you wear any other career ‘hats’? I don’t wear any other hats at the moment. I am focused on my illustration work but that has not always been the case. I worked for many years as an illustrator and art director for publishing and film and television but got either burnt out or lost interest because I had achieved all of my goals. I put the pencils down and walked away. I am qualified at other things and spent time working in what I guess you would call non creative careers. I didn’t pick a pencil up again for a long time but then desire came back, at first in a trickle and then as a roaring torrent. I realised illustra­tive art is an important part of me. I was doing it on the side, around the clock and squeezing in other work, but both suffered. Now it is the illustration work first. I am still building up from where I left off but I do feel on my way now. I’m proud of everything I have done and the other work certainly gave me invaluable skills and perspective that are important to any business.

How did the Hobart City Map Print come about? I have a home studio here in Hobart, which is great but by lunch time I need to get out of the house. Especially in winter when the sun is out only for a short time. I usually go out to a cafe or someplace to answer emails and things. Sometimes it’s just sitting in the car eating a pie. I always take a sketchbook with me to jot down ideas or draw my new favourite nook. I would go to Battery Point and do a quick walk to admire the historic and beautiful architec­ture and think ‘oh I should do a drawing of Battery Point.’ Then I would go over to Lindisfarne and think ‘oh I have to draw this place’. Then I discovered going down to Opossum Bay and I was like ‘oh this has to go in’. So before long I realised I was making a Hobart Poster map of the town.

What was your process artistically? Hobart is unique in that it has so many classic old Colonial Georgian buildings. Literally every building is worthy of its own unique drawing. I would quickly note my favourites or anything that caught my attention while I was out and about. I’d then draw them over until I felt I had their character and then draw them into the main file. I’m not one to draw things as they are, I try to get the essence of a thing in my drawings, reinterpret them in a simplified way. The goal of the work was to capture ‘active’ Hobart, the place you live, work, go out, park the car, eat in that cafe, go to that sport ground. Which is why the river is just another travel route, not the main focus of the work like it would in a traditional landscape painting. What was really hard about this project was cutting out some of my favourites. I did want everything in there but that just couldn’t work.

What were some of your favourite areas to draw? Well, I love the old buildings. Although I think my style is really simplistic I do like to draw things that have detail like classic old build­ings. I love the strip – mid town and Elizabeth Street but Battery Point is also a favourite.

You’ve illustrated a number of maps around Tasmania. What is it about maps you enjoy? I am a storyteller and a map is telling a story about a place. It says ‘explore here and you will see this, explore over there you might see this.’ They are a perfect combination for someone who tells stories with pictures, and I get to travel and see these fantastic places. I was very lucky to win a commis­sion to create the Wynyard Information Board and a printed map of the area. I have since done one of Somerset as well. They were dream jobs because I learnt so much and inspired me to make my own pieces like that. I do create other simpler observational prints and cards of Tasmania and general life but the maps give me the chance to tell a much bigger story.

How has Tasmania influenced your illustration style/motifs? I draw what I see and experience. The influence of the mountains and rock formations of Tasmania is strong in my work and is a common motif. The awe-inspiring time spans, and associated mystery with these long periods of history that these for­mations took to form, is also a common theme.

We hear you’re looking for public space to recreate the map for everyone to see. Where is your dream ‘canvas’ for the map? That is hard as there are a lot of dream walls down at Salamanca and Constitution Dock but because of heritage rules anything permanent is out. I would love to do a Christo and go huge, wrap a whole building like the Hydro building but being on the wall in Da Angelos would probably be better. I have some windows I am eyeing off to do a live drawing recreation of the map that can be washed off later. Watch this space on that one!