Survival Instincts Save Lives on the Franklin River 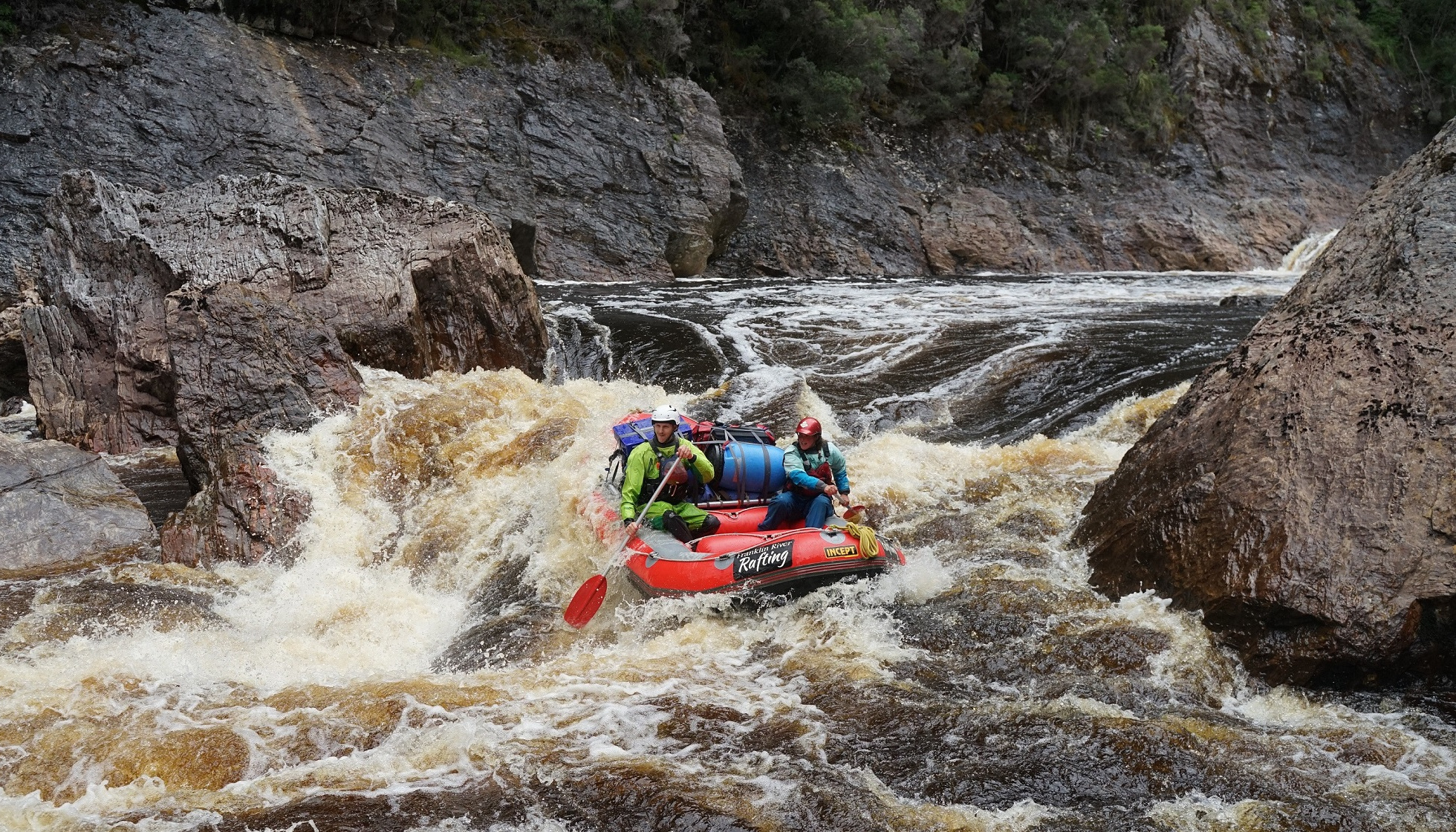 Luckily, Franzi Eichler uses her full-beast-mode only for the forces of good.

Above Descension Gorge, so far mild-mannered Franzi’s sharp eyes instantly focus in on a yellow helmet bobbing towards an intense kilometre-long stretch of sharp, vicious rapids. “Forward paddle,” she bellows at her paddlers, in a voice that could kickstart a revolution.

In seconds, her raft is on scene, scooping up a woman ejected from another raft moments before – just before she is fast-forwarded down into the Upper Franklin’s version of the River Styx. Franzi’s nothing-else-matters face quickly and easily reverts to her resting calm one. Such is life on the Franklin River. Franzi co-owns Tassie-based Franklin River Rafting Company with partner and fellow rafting guide Elias Eichler, who looks after their two children and business when she’s on duty (and vice-versa).

Make no mistake, navigating one of Tasmania’s most remote and perilous landscapes with paying passengers is a “big burden”. Years of experience and an intensely local knowledge of the Franklin’s more treacherous rapids (some of which have claimed lives) are mandatory.

“You are definitely focused and on top of your game,” she says. “It’s also a fine balance to let people discover and push themselves a little bit but me not being their ‘mum’. Arriving safe at the jetty, at the end, that’s the highlight of my trip,” she laughs. Expeditions start under a (Lyell Highway) bridge over the Collingwood River and finish on the still waters of the Gordon River, 10 days later. In between, Franzi and her passengers see few palpable signs of humanity, sleep in caves and under tarpaulins in the rainforest, and live off only what’s lashed to their orange rubber rafts.

This autumn, was Franzi’s first expedition after having her second child, a daughter. Whitewater raft guiding is far from a rest from parental responsibilities and not an easy job to jump back into after a year’s maternity leave.

“I’ve worked really hard to be fit again after the year off,” she says. “I doubted that I’d be fit enough, but as soon as you jump into the raft and you’re on ‘the stick’, it’s like you’ve never left.” “Up until the end of infamous Great Ravine I barely thought about the children. There is lots going on! From the Lower Franklin, the guides can take a deep breath. With the pressure off, missing the kids gets harder. Day 5 was the time I looked at the photo of the kids.” Franzi was a ski-instructor in her native Austria when she met some guides who convinced her to go rafting in Norway in 2004 (where she met Tasmanian-bred Elias). Franzi and Elias travelled to Africa to raft the Nile (in Uganda) before heading to work on Queensland’s Tully River.

Her first trip down the Franklin was also Franzi’s first multi-day expedition, a “mind-blowing, out-of-my-comfort zone” experience. But by the time Franklin River Rafting was established a decade ago, she was well-schooled in both the complexities of this wild river and macho-raft-guide culture, too. 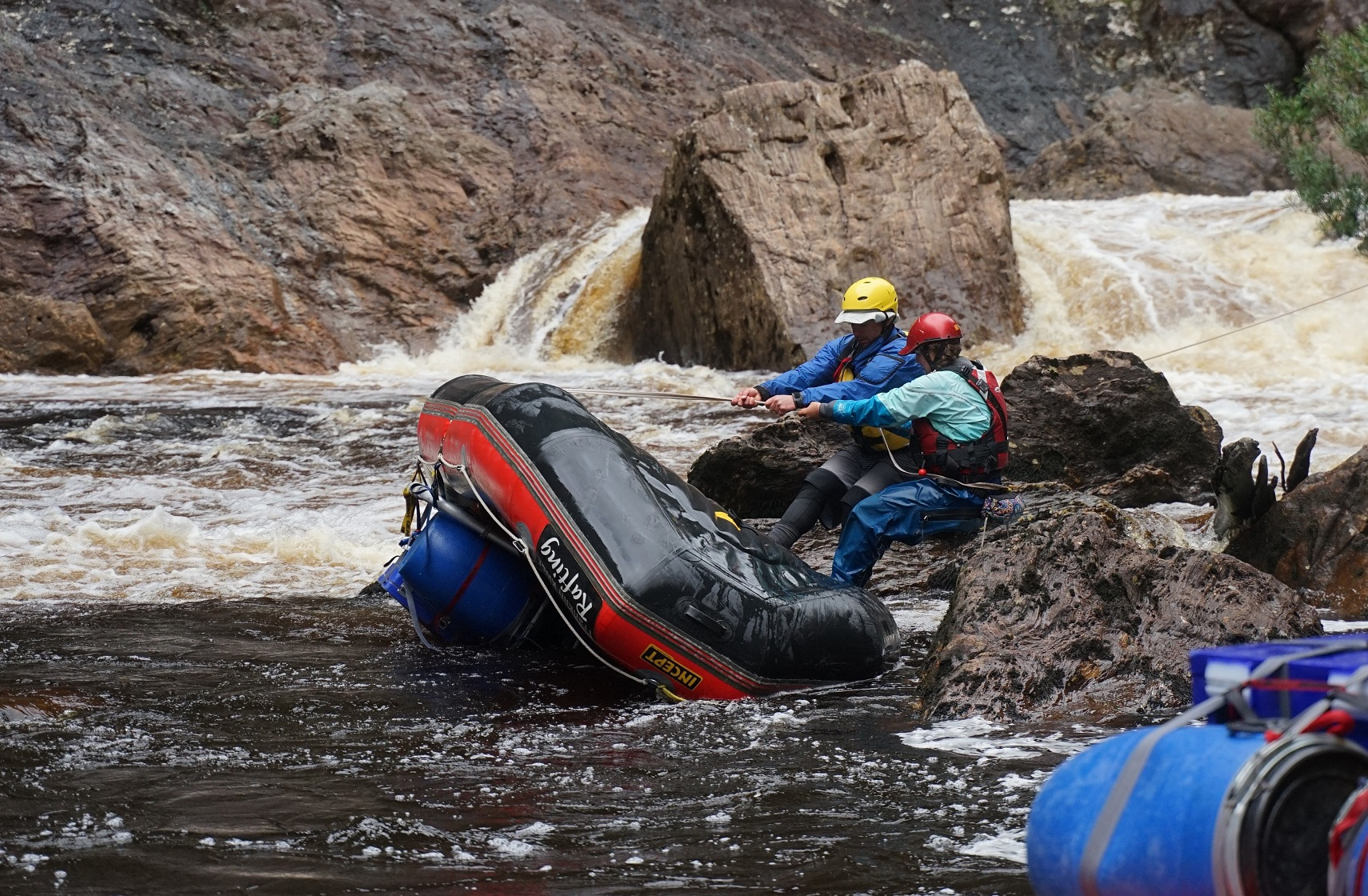 “Guiding is a bit blokey but there are a few more woman guides coming in. It is super-physical but you just have to lift your weight and adapt. If you are able to do your work, you don’t get discriminated against or treated differently.”

After 10 intense days of hard graft, setting up camp and cooking for people every night, you would think it would be a relief to get back to civilization. No, not necessarily. 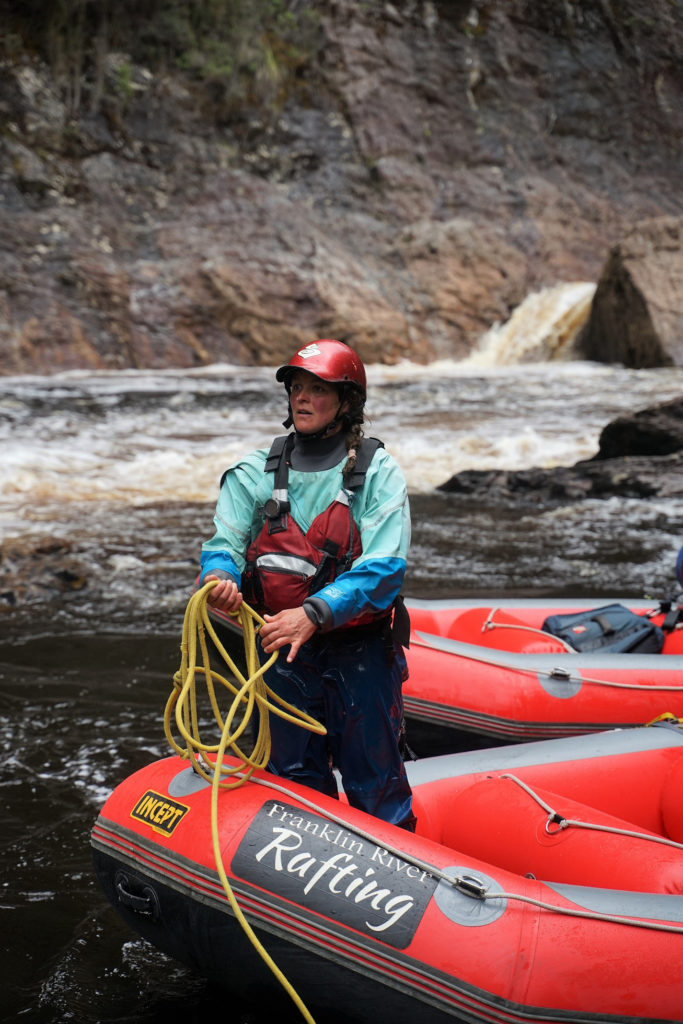 “It’s funny, this job is actually quite addictive – that feeling of running on high adrenaline. You don’t think forwards or backwards – you live in the moment. A lot of us can quite easily get depressed if we don’t have that stimulation in the outside world.” Mercifully, back at home, after the kids are in bed, Franzi does manage some ‘her’ time. “I definitely like a good mission and a good epic, but there’s room for Netflix, too.”