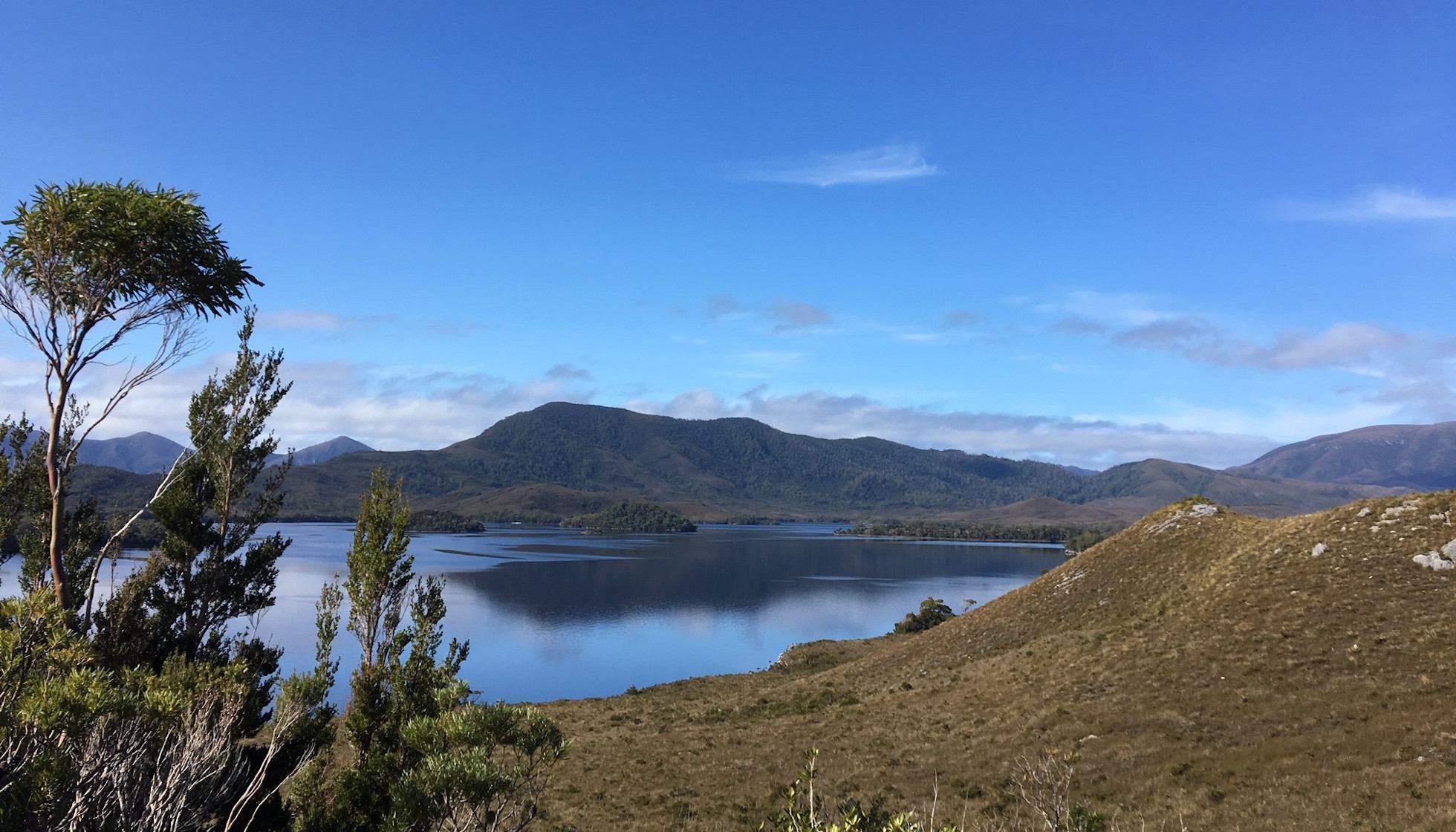 After initial postponement due to wild weather, the sun is shining and the aerial views unsurpassable when we finally depart from Cambridge airport near Hobart, with Par-Avion.

This half-day tour is giving me my first taste of the wild beauty of the South West, one of the most remote and ruggedly untamed regions of the world, accessible only by foot, boat or light plane. As we fly over the sparkling coastline, our pilot points out Bruny Island, the D’Entrecasteaux Channel, Recherche Bay and Cockle Creek, before we round South East Cape, Tasmania’s southernmost point, on our way to Melaleuca in the South West National Park. Part of the Tasmanian Wilderness World Heritage Area, this is one of only three temperate wilderness areas left in the southern hemisphere.

Following the original Aboriginal inhab­itants of the land, this pristine region has been largely uninhabited save for a few hardy characters who have attained the status of legend, such as the King family who mined tin here for decades. The inimitable Charles Denison (Deny) King, naturalist and “King of the Wilderness”, lived here for over 50 years from 1936 (with a brief break during the war), and his ashes are said to have been scattered here following his death in 1991. My father met Deny and his wife Margaret in January 1956 while bushwalking in the South West. The whole party enjoyed a yarn with them and Dad wrote gratefully later: “Mrs King invited us all inside that afternoon, and we watched her bake meat pies and fresh bread and scones for our tea, the smell unbelievably mouth-wa­tering to half-starved bushwalkers!” The next morning Deny ferried them all in his yacht across Port Davy inlet, the only payment he would accept being help loading his ketch with much-needed firewood from an island on the way. Dad captured footage of Deny with the Bell and Howell “Sportster” 8mm movie camera he was carrying to film the walk.

Exactly three years after my father’s death, he’s in my thoughts as I land at the Melaleuca airstrip constructed by Deny not long after that 1956 visit. Along with the other visitors, I briefly explore the Nissen-style huts built by Deny and others and the surrounding buttongrass and paperbarks, before we board a boat awaiting us in the lagoon. As we slowly make our way from Melaleuca Inlet to Bathurst Harbour, the mountains and forests are reflected mirror-like in the still waters, enchanting us all – including an enthusiastic amateur photographer from Queensland who says she made this same trip the previous year and has already vowed to return again.

Part of the Port Davey Marine Reserve, this pristine estuary is the largest in southern Australia. The waters are also renowned for their dark brown stain, created by dark tannin freshwater over­laying the clear saltwater. Christobel Mattingley records in her 2001 biography of Deny King that he once mischievously told a rather objectionable British visitor that the water was so brown because they’d been chucking tea leaves into it. “When she remarked it was brown everywhere, Deny answered they’d been doing it for years.” We make our way to Clayton’s Corner, where we disembark to explore the home of fisherman Clyde Clayton and his wife Win (Deny’s sister), who lived here from 1962-1976 after moving from a less-sheltered site in Port Davey. The cottage is now managed by the Parks and Wildlife Service, and it’s a delightful place in which to eat the tasty lunch that has been pre-prepared for us by a Hobart café. Loving little touches that made this house a home survive: photos, the Huon Pine laundry tub, some of Win’s beloved rhododendrons outside. And a handmade sign on the wall: “Thanks for dropping anchor”. We walk up Clyde’s Hill to look out over Bathurst Harbour from the summit, with spectacular views of the Celery Top Islands, Mount Rugby and the rugged Arthurs in the distance.

After heading back in the boat to Melaleuca, we set out on the Needwonnee Walk, a gentle, interpretive boardwalk experience created by Aboriginal Rangers, artists and community members to recognise the original inhabitants of this land, the Old People. Sadly there is no time today to visit the Deny King Heritage Museum or the hide where it is sometimes possible to glimpse the criti­cally endangered Orange-bellied Parrot, which breeds only around Melaleuca. The weather is still perfect on our return to Hobart, with no mist to obscure our views of Port Davey and the mountains. The pilot flies us over the gloriously snow-topped Western Arthur range, so close we are spellbound by revelatory deep mountain lakes and gushing waterfalls. When the little plane finally touches down, we break into spontaneous applause.