Rodney Dunn Of The Agrarian Kitchen 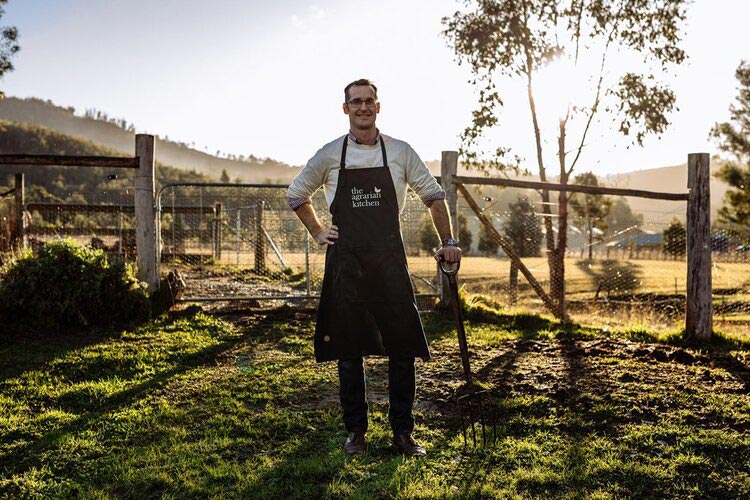 Rodney Dunn and his wife Severine Demanet have created The Agrarian Kitchen Cooking School in Lachlan and more recently their two hatted Eatery at Willow Court in New Norfolk. They’re now set to embark on their next project, creating the most amazing kitchen garden in Australia…at least.

You’re a trained chef, completing your apprenticeship with the acclaimed Tetsuya Wakuda. How has that influenced your career?

Any time you mention his name you get this instant respect. It was really tough because I had never worked at that level before. Everything you had to do, you had to do it perfectly, even chopping herbs. Looking back on that time, it really gave me a sense of discipline in the kitchen, which I’d never really had before.

What had you been doing before that?

I started off in country New South Wales, in Griffith. It was really interesting for me to have that Italian influence in my career. I attribute what I do now more closely with that, than my time at Tetsuya’s. That food marriage thing that Italians do so well is what really corresponds with cooking from a garden and cooking seasonally.

You then moved into food media where you were the food editor of Gourmet Traveller in Sydney. How did you transition to magazines?

I’ve always devoured magazines and cookbooks, and I just love that creative side of it. I got to a point with restaurants where I couldn’t imagine myself having one. It wasn’t the trajectory that I had pegged out, and so I thought, “How can I still work in food and not have to work in a restaurant?” I met a food photographer and she helped me get work experience, then it just went from there.

Why Tassie? What brought you here?

Tassie came about because after watching way too much River Cottage. I remember having a conversation with my mate, Luke Burgess. I remember these exact words, saying to him, “Where in Australia do you reckon would be like this?” And after a bit of back and forth I said, “Well maybe Tassie?” Then there was an opportunity to come down with Gourmet Traveller, who I was working for at the time. It was every bit of what I dreamt it would be and more. I was totally in love with the place. 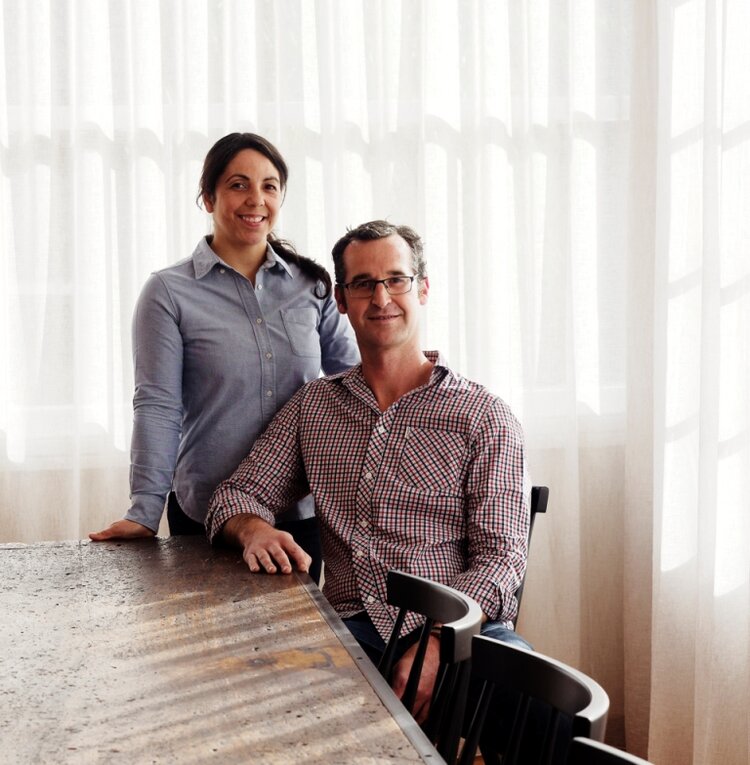 Did you and your wife Severine have a strong concept for The Agrarian Kitchen or was it more of an evolution?

We had a strong concept before we opened, and to tell you the truth, it hasn’t changed a lot from that. It’s evolved slightly, but when we came down we thought if we live in Tassie we want to grow our own vegetables, to have some animals, and do that whole River Cottage thing. We had to make a living first and foremost, but when I got excited about River Cottage I also remember looking around for a preserving course. Or where could I go and learn about gardening. And there was just nothing around. There was nothing that connected that earth and kitchen thing that I really was seeking. So the idea evolved out of that.

So we hear the cooking school (on the farm at Lachlan) is moving to New Norfolk, when is that happening?

The final classes here will be this year. So the new spot will mean we can really hone what we do. The garden will be even more amazing. I really want it to be a bit of an ‘Eden Project’. I feel like here, we’ve sort of just cruised along. And I want to take it up a notch and make the garden even more. People look at our garden now and go, “Wow,” and I say, “Yeah, yeah, it’s all right, but there’s this one thing missing.” And now I want it to be totally next level. I want to be the most amazing vegetable garden in Australia, at least. 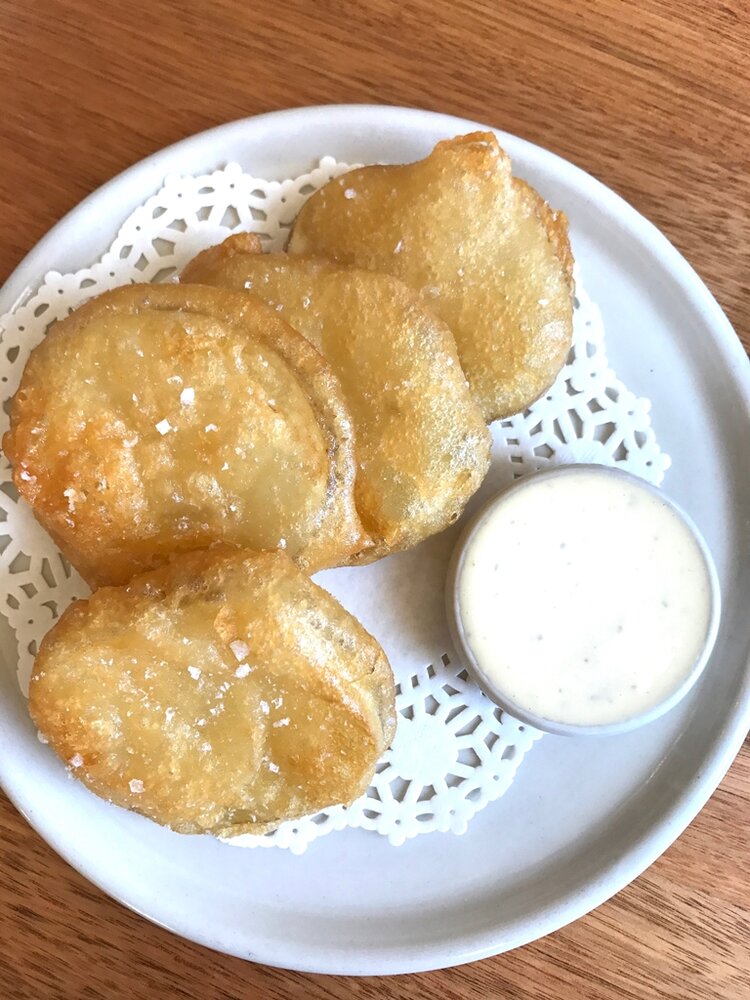 Have you had any famous guests at the school?

We’ve had lots of famous guests at the school!

Who would be your most famous?

Definitely Martha Stewart. A good friend of hers came to class a few years back and bought ten books. He asked me to sign one for her. We got an email out of the blue from her office saying she was coming and she’d love to meet Severine and I, and could they come to the restaurant? The restaurant was closed, but I said I’d be happy to cook for her if she wanted to come out here. So it was just our family and hers having dinner together and showing her through the garden.

"That food marriage thing that Italians do so well is what really corresponds with cooking from a garden and cooking seasonally".

What has been your inspiration for The Eatery?

It was about paying homage to what was already there. You’ve got this room with amazing architecture and pressed metal ceilings. We wanted to keep the openness of the space and as much natural light, keep it fairly simple and keep stuff we use to be true to our philosophy of the handmade. So for instance, the big lights through the middle were made by Christopher Boots in Melbourne and all the other lights over the tables have been handmade by our gardener, Lee. She’s a trainer potter and apprenticed under Les Blakebrough, a pretty amazing teacher to have. We wanted to keep the vibe relaxed and casual. We didn’t want to do fine dining where everyone’s got their little scrapes and smears on their plates. It’s not about saying, “Oh, we have to go and get babysitters for the kids to go out.” It’s like no, you bring the kids.

What’s your favourite ingredient to cook with?

I love eggplant. I could eat it every day of my life and not get sick of it. I like it roasted so it’s really soft and mushy. Or just slice it and maybe some spices on it, grill it and serve it with a dollop of yogurt.

When you come into Hobart, where do you like to eat and drink?

I really like Tom McHugo’s. I think they’re doing amazing things with the food. I love Templo, Lucinda, Franklin, there’s so many to choose from these days. 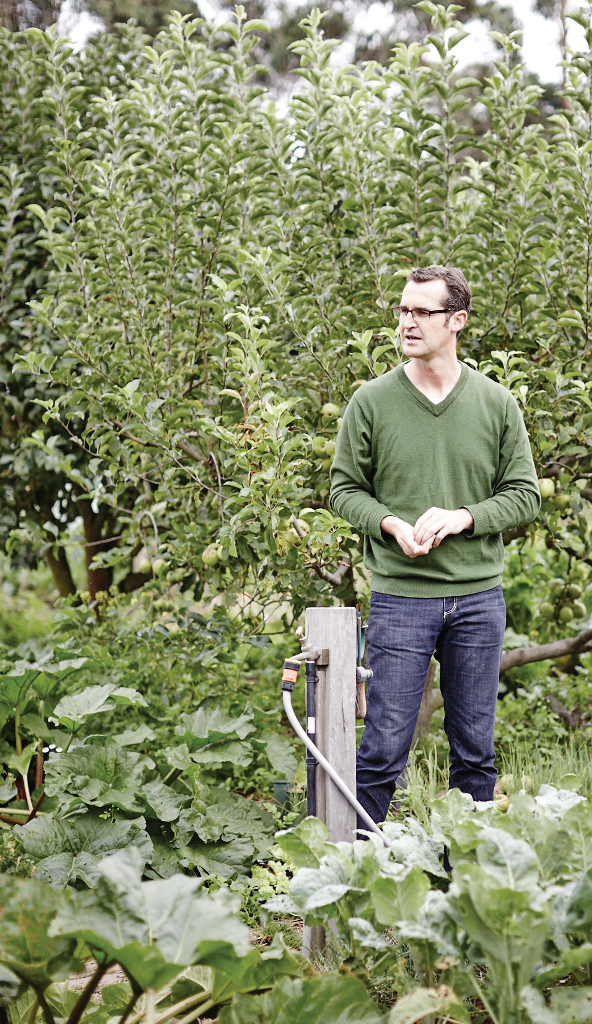 If you only had one more meal, what would you eat?

I always think about my last meal. It would be a very simple thing. Good bread. Good cheese. Good charcuterie.

Who is on your ultimate dinner party table?

I’d have to say, and she has been to the school, Alice Waters from Chez Panisse. Then Hugh Fearnley-Whittingstall from River Cottage and Eliot Coleman, a gardener in Maine who does amazing stuff.