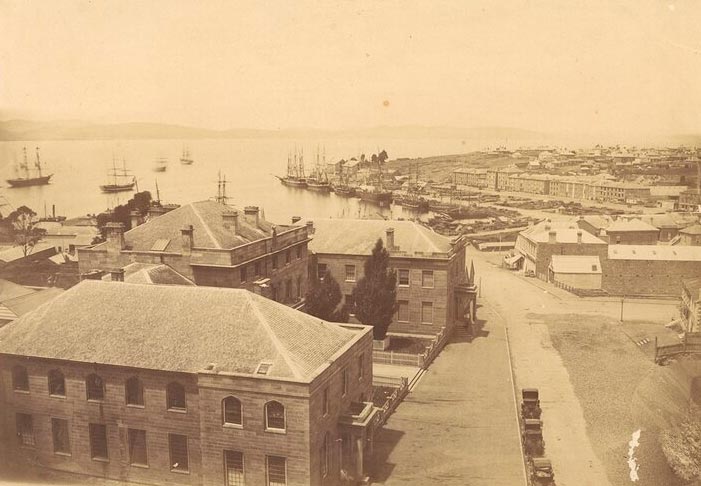 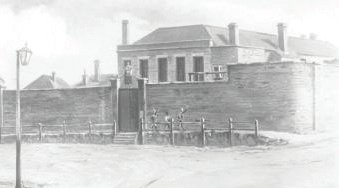 Murray Street was once home to the Hobart Town Gaol, near the corner of Macquarie Street. Both convicts and free settlers were held there from 1816 until 1864. Image courtesy: State Library of Victoria 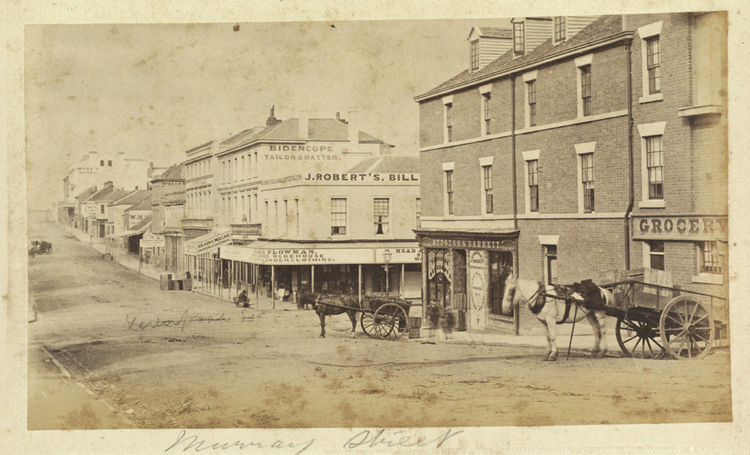 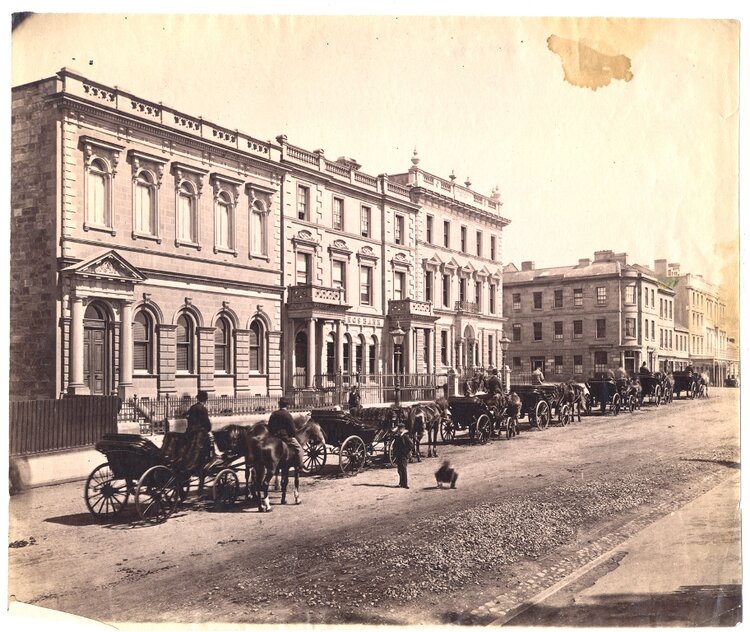 Murray Street, Hobart in 1881 with a row of horse drawn carriages outside the Hobart Savings Bank, Masonic Temple and the Derwent and Tamar Buildings with Webb’s Hotel in the distance. 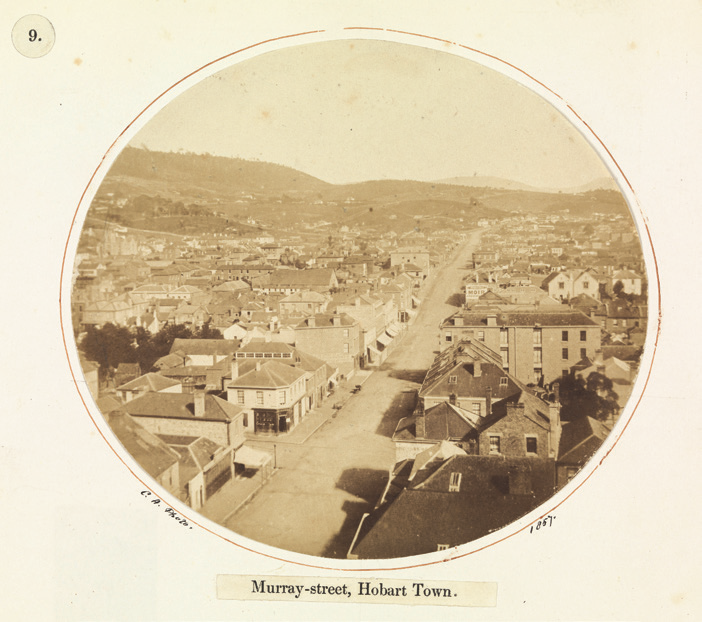 Here’s Murray Street in 1857. Check out the sparse West Hobart in the background.