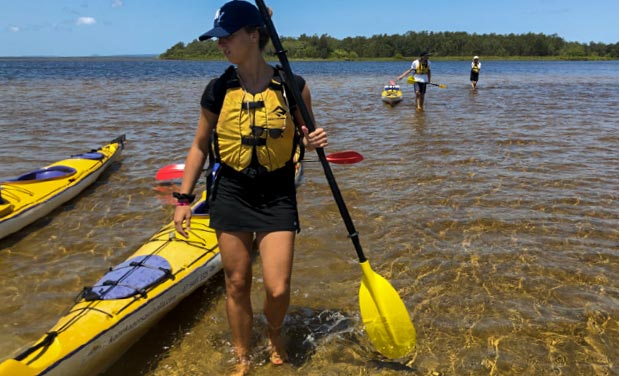 Most Australians have heard of Florida’s Everglades but most don’t know there’s a version here in Australia. Well-known for its beaches and laid back lifestyle, Queensland’s Sunshine Coast is also home to one of only two ecosystems of this kind in the world. 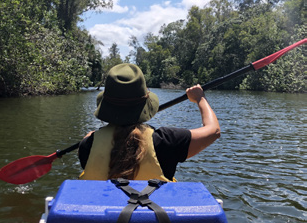 Consisting of the waterways of the upper reaches of the Noosa River, the Noosa Everglades, within the Cooloola section of the Great Sandy National Park, are part of the 150,000 hectares that make up the Noosa UNESCO Biosphere Reserve. Considered one of the most pristine wetlands on Earth, it’s home to 44% of Australia’s bird species and approximately 700 native animal species.

Keen to explore some of this 60km stretch of undisturbed wilderness, I took a guided day tour with Kanu Kapers.

“The experience of paddling on these waterways is unique,” says the kayaking tour company’s founder, former world champion gold medal kayaker, Vivienne Golding. “You don’t have a noisy motor and you can get up close to the birds, plants and wildlife without infringing on the environment at all.”

Departing from Elanda point, paired up in three double sea kayaks, our group of six set out early across Lake Cootharaba. Paddling north across Queensland’s largest natural saltwater lake, we pass the historic sawmill settlement site of Mill Point, established in the late 1800’s, and view remnants of the jetty just beneath the surface.

At Kinaba Island we find the Information Centre that’s a popular stop off for birders and walkers but we don’t rest here. Instead we find relief from wind in the channel heading to Fig Tree Lake and enjoy the peace of gliding, listening to the sounds of birds also sheltering here. Cormorants, kingfishers, egrets, grebes… even a proud posse of pelicans that we’re able to pull up alongside. We stop for morning tea on a sandbank before our guide, Gregory Pimms steers us to the slow-moving section of the Noosa River known as The Narrows. The smell of tea tree is heavy in the air and it’s here I learn how the ‘River of Mirrors’ got its name. Dark tannins seeping into Noosa River from the melaleuca trees give a reflective quality to water in these still and swampy bends. 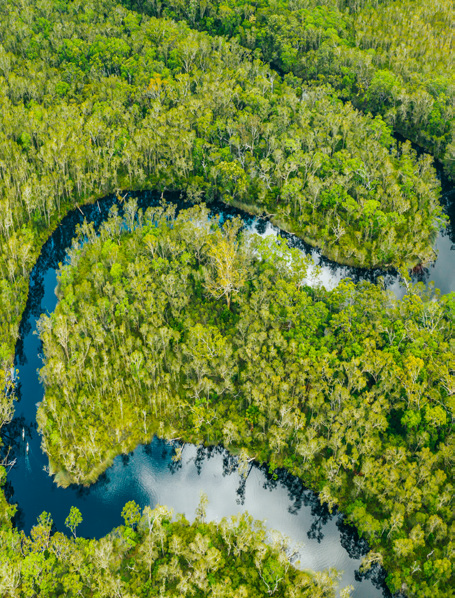 “We’re stopping here for a swim. But don’t worry, there’s no crocs,” says Greg cracking a smile. Later he tells me there’s a common misconception amongst visitors that crocodiles lurk in these waters, due to its association with Florida’s Everglades where alligators are found. Luckily for us, the Australian version is too far south to experience any chance encounters.

After a refreshing swim in infused waters, we pick up paddles and work our way to Fig Tree Point, a popular campsite and picnicking spot for locals. A delicious lunch beneath scribbly gums and paperbarks provides energy for the last leg of our 18km round trip. With a northerly at our backs, Greg tells me he’s never experienced a day where the wind here has been so favourable. Hopefully it will blow me back sometime soon. ■

Bonita Grima was a guest of Visit Noosa. For more information head to visitnoosa.com.au, and kanukapersaustralia.com