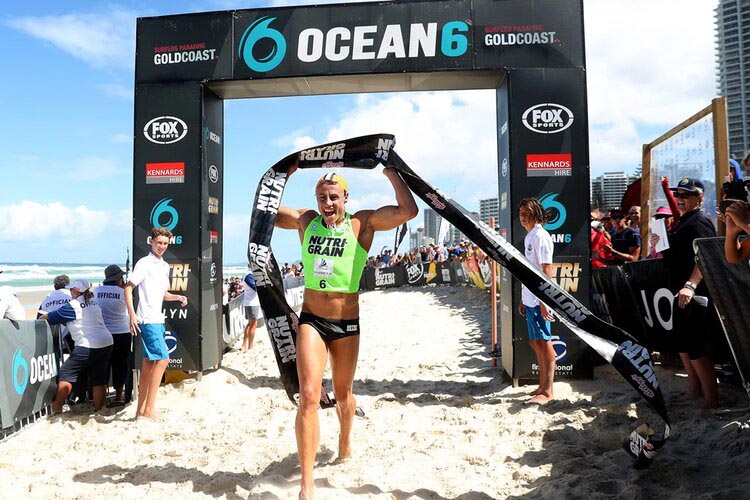 A childhood spent diving into our cold Tassie ocean has created a national ironman champion in Matt Bevilacqua.

You grew up in Hobart. Tell us about your early years?

I loved growing up in Hobart. I went to St Virgil’s College, then Guilford Young for Year 11 and 12 and trained hard at Clifton Beach Surf Life Saving Club. I wasn’t overly talented and I played footy for Lauderdale FC probably better than I did Surf Life Saving, but I loved the beach and I loved the lifestyle clubbies presented.

Do you think getting your start in the cool waters of Tassie has made you that little bit ‘harder’?

Without a doubt! The first few years after I left Tassie were the hardest. From age 18-21 I achieved zero results and was just training incredibly hard to provide a foundation for some future success. Despite being away from family, by myself and constantly getting smashed by training, I always knew it can be much harder in Tassie. No matter how sore and how tired I always knew I could be washing ice of my ski and board before getting onto the water! Also, as with STORY many other Tasmanian athletes, we just seem to have a larger inner drive to prove ourselves in whatever pursuits we have.

How did you get into ironman events?

I followed the natural progression of Surf Life Saving Nippers programs at my local surf club through the age groups until I could race the Ironman event. From there I set my sights on the Nutri-Grain Ironman Series trials. I just loved the sport and everything it had to offer. I knew moving to QLD was required for me to continue in the sport and break into the professional ranks of the Ironman Series.

You’re now based on the Gold Coast, how has that changed your training and competing?

The Gold Coast, in contrast to Hobart, allows me to train all year round. The ocean is warmer in the middle of winter than Tassie is in summer, which lets me train three times a day as efficiently and as effectively as possible. The best athletes are based on the GC and training with them helps me get the best out of myself and competing. For races such as Coolangatta Gold I can prepare for the race on the actual course which is a massive advantage and an event I would love to win one day (I came 2nd in 2016). 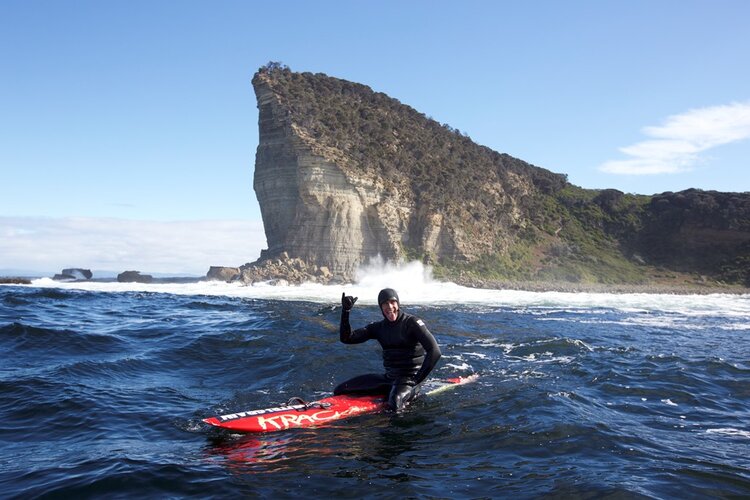 You took out the 2017/18 Nutri-Grain Ironman series after five years of competing in it. How did that unfold?

It was incredibly unexpected. I never thought I could win our sports highest honour, especially this early in my career. I had a terrible start to the Series so I had to fight back the last few rounds, but again, coming from Tassie and improving the way I have, has taught me to never give up and to keep fighting because you just never know what may happen.

Your partner Brielle Cooper also took out the women’s comp. High achieving couple right there! How do you juggle training and life together?

It’s actually rather easy. When we’re training, we focus completely on training and then as soon as the session is over we enjoy ourselves as a couple. It’s great to be able to share emotions and thoughts with someone who knows so intricately what you’re going through. When it comes to race day we can discuss the race together, support each other, warm up together – it’s actually really beneficial and relaxing in such an individual sport sometimes.

How often do you get back to Hobart?

As often as I can! I was just back for Christmas and have three weddings of my two best friends from school and my sister coming up which I’m really excited for. I also brought Brielle down for Dark Mofo last year which was something different for a Gold Coast girl to see!

Where do you hit when you’re here?

I’ll definitely have a drink with my mates in Salamanca somewhere, go to Room for a Pony for breakfast and I’ll keep training – doing a few runs along the Bellerive coastline and a swim at Hobart Aquatic. I’ve got last year’s competition ski and board down in Lauderdale so I love to go paddling at Roches Beach and go for a session with the crew at Clifton. I’ll escape up the East Coast whenever I can as well!

Professionally you’re at the top of your game right now and defending the 18/19 title. How different is it being the defending champion?

It’s harder than I thought. I’m constantly learning and I’ll be a better athlete no matter what result I achieve this year and will hopefully win another one soon! I feel incredibly good at the start of this new year so who knows what 2019 will bring.

If you weren’t an ironman, what do you think you’d be doing?

I actually sat UMAT during my gap year after achieving a score that would have got me into Medicine at UTAS. I scored well in UMAT but after a year in QLD I chose to pursue what I loved the most.

What advice would you give to young clubbies and kids interested in surf club and Ironman?

I would say believe in yourself. It took me a long time to find that belief and once I did completely, was when the results really started to snowball. If you love what you do and you believe you can do it I truly believe you can achieve whatever you like. ■