‘You Have to See the Vision’: Heritage Renos Are On The Rise

While 2020 was a write off for most of us, Tasmania’s property market shone through and went from strength to strength.

Housing prices have moved to record highs in Hobart, and Launceston reported in as the country’s top-performing region in 2020, according to data from CoreLogic.

Although there are many benefits to a strongly performing property market, buyers might need to make their money stretch a little further.

Could the answer lie in the expression: buying the worst house on the best street?

So how do you navigate the world of DIY, renovations and Tasmania’s many heritage listings?

“They think about how they’re going to have to deal with the heritage council and worry about the amount of work it’s going to be,” Andrew said.

The cost associated with restoring a listed property was also at the forefront of buyers’ minds.

But Andrew said cost concerns should be a worry for all buyers.

“It’s not specific to heritage-listed property – sometimes people underestimate the cost of renovations,” he said.

A labour of love
Andrew has helped clients renovate their historic homes and knows the pros and cons of the process, having restored his former home, a heritage-listed pub in Lewisham.

Even as a professional builder, Andrew said he was “a bit hesitant” as it hadn’t been lived in since the 1970s.

He knew some of the pub’s history before purchasing the property, but it wasn’t until he started stripping back 200 years of paint from around the doors that he really made some discoveries.

“I kept finding all these marks on the door jams – a dot with a circle around it,” he said.

“It was like it was drawn with a compass, but the circle was always broken.”

He later found out that the drawings were symbols used to ward off nasty spirits.

“There was a murder at the property… a bushranger had killed the landlord,” Andrew said.

Do your due diligence
Andrew said buyers wanting to make an offer on a historic property should have a walk-through and make note of “anything that looked a little funny” and pass those notes to a building inspector who had worked in heritage listings for a professional opinion for a second walk through.

“If it needs work, then get yourself a builder who’ll look at the report,” he said.

“It’s worth getting a builder to at least give you a vague idea and what it should cost and maybe get them to visit the house.”

Andrew also said to prepare for the unexpected.

“As you carry out the work, you’ll probably find more things that need to be looked at.”

Having already stood the test of time, restoring a historic property doesn’t have to be rushed.

“You can move in and just live in most heritage houses,” Andrew said. “You don’t have to renovate the house in three months.”

He also suggested looking for a good roof. “It generally won’t deteriorate too badly because they’re all built from well-suited materials,” he said.

“They’ve lasted 200 years, so they’ll be ok. “Then just tackle the renovations in a prioritised manner.” 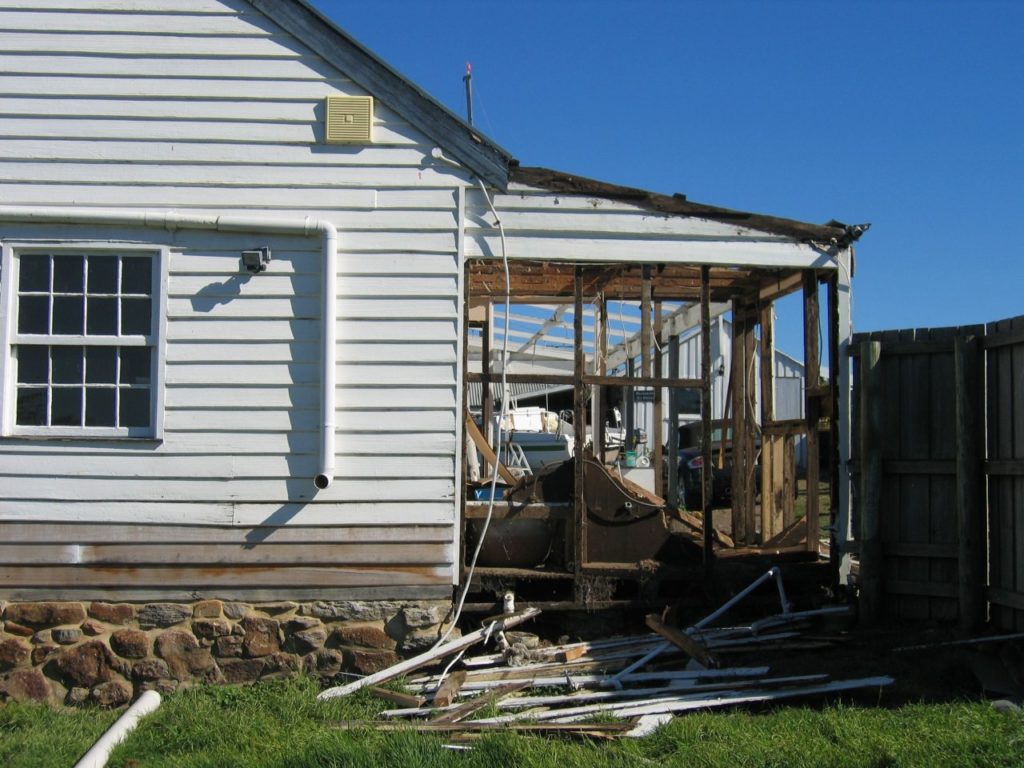 But the work was worth it. “You can’t buy character!”

Her recently sold listing in Kings Meadows was lived in by the same person from construction until the owner’s death.

The property remains almost unaltered from its construction some half-a-century ago.

“The kitchen could have been from the cover of a Woman’s Weekly magazine,” Yvonne said.

“As you walked in here, you just felt that vibe.”

Yvonne also suggested acknowledging the amount of work that would be needed for an older home.

“There’s a high demand for DIY properties because of television renovation shows.”

Renovating mid-century houses could still involve labour-intensive repairs and it was important not to put “ambition over ability”.

“You have to see the vision,” Yvonne said. “Because of the age and originality, it needs to be done right.”

How quickly is Hobart property moving at the moment? Well-priced property is moving very well at the moment. We’re seeing unprecedented demand for Tasmania due to geopolitical, climatic and pandemic factors. There’s been a seismic shift in the psycho-
logical disposition of many buyers, work habits have changed and deeper questions are being asked about what’s important in life, not to be too philosophical!

Are buyers apprehensive to undertake major renovations or are they specifically looking for homes they can make their own? I think some should be. In the age of a plethora of DIY TV shows people can sometimes get a little ahead of their skillset and end up in hot water, both literally and figuratively! Generally, younger demographics are looking to add value by doing some work themselves. Older buyers are less likely to have the time or inclination because they have done it too many times before. I think I fall into this category yet I don’t learn and keep doing it!

What are the benefits of buying a property that needs a bit of work? It allows you to make it your own, no matter how much or how little you want to do. It creates a connection with the property, which I think is special. And of course, if you do have some skills, why not create some upside.

Any tips for buyers considering a reno property? Know your limits, employing professionals will save you money, heartache and pain!

Bums on aeroplane seats is one thing, but attracting a legion of people who will enhance life on the island will ensure long term prosperity.