From the Syrian Army to Sandy Bay: How Good Karma Helped Mo Abdah 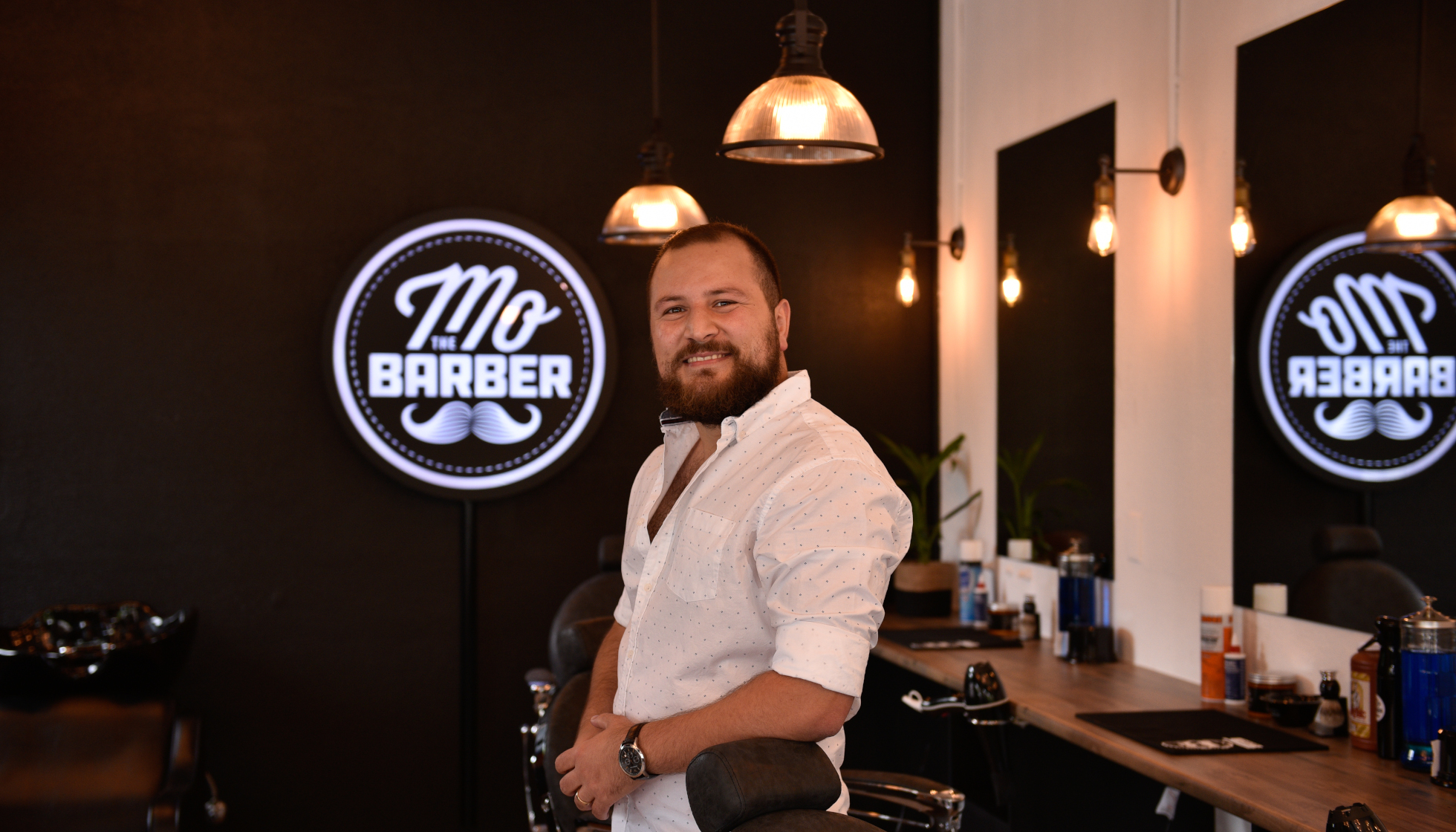 When Mo Abdah, then a member of the Syrian Army, met Yaz Mohamad, a make up artist from Hobart on Facebook, neither knew they were talking to someone on the other side of the world. It was through a series of chance moments, that their lives became entwined.

Mo joined the Syrian Army when he was just 19 years old. It’s a requirement of all young men to spend a year and two months in military service. Before he commenced, he completed two university courses, “I finished my university degree in hotel management and then specialist in tourism guide after that.” And then everything changed. “I go into the army in March 2010. In March 2011, the war began. I was two months short of finishing the army, but the war happened.”

During his time in the army Mo was stationed in the kitchen because of his hotel management degree. He has fond memories pre-war, of parties and meeting interesting people in the dining room. Once the war began, things changed. Yaz said, “there’s a photo of Mohamed and his friends, it was just when they first went in at 19, and they just all look like babies. He said that not a single one of them is alive anymore.”

Mo is from Tartus City. “It’s on the beach next to Lebanon. Beautiful city, really nice. My dad, my mum and my sister still live in Tartus City.” Mo’s brother is in Lebanon he explains, “He doesn’t want to go to the army because he’s afraid something happen to him like me, having to stay many years.” Once you leave Syria for a certain period you can pay a fee and then you don’t have to go into the army. “It’s between $USD7,000 and $USD10,000. To people here, that’s not much.

To people living in Syria, they don’t even earn that in their lifetime. So some of was offered a heartbreaking choice – to swap his spot with his brother. He’d be free but his brother could be sent straight to the frontline rather than to the kitchen like Mo was. So what did he do? “If my brother die, what I do? It’s really hard to me. So I stayed in the army for another two-and-a-half years. In eight months time my brother can pay the money to not be in the army and that’s finished.”

But what happened next was truly life changing for Mo. Six months before he was discharged Mo, he bought a new phone and lost all the contacts. It also meant signing up for a new Facebook account, and for popular Mo, he had a few friend suggestions come is way. The algorithm somehow connected Mo and Yaz, and he sent her a wave, while she didn’t have a profile picture he thought she must’ve been a friend already. “After three, four days I got a message late at night. Then when I wake up I sent one to her and then after nine, 10 hours later, she sent to me. It was a game of mouse and cat!” Mo said. He began to open up to her. “Then, after one week I thought my friends were setting me up, because I can’t believe someone a girl, the girl usually never talk like that.” Wanting to find out, he asked for a voice message. It was a shock to hear an Australian accent. Then he shared his truth too, that he was in the Syrian army.

After a month of chatting, Mo mentioned he had family in Australia. Knowing it was a big place, he wasn’t hopeful but he shared his uncle’s name with Yaz. 20 minutes later, Yaz sent him a photo. It turns out that Mo’s uncle is married to Yaz’s cousin! There are even more crazy coincidences between their two lives, which you can hear more about on the podcast!

Once discharged from the army, they travelled to see each other and quickly became engaged. The next chapter for Mo and Yaz hit a roadblock when COVID scuttled plans for their Syrian wed­ding. Grounded in Tasmania, they decided to elope. Yaz shared, “We both cried all day. I read my vows in English and Mo read in Arabic.” For Mo, missing his sister’s wedding in Syria while he was in the army, was hard to take. “I’m so happy. I have my wife. But I’m so sad, I want my family, you know?”

Settled now in Hobart, Mo turned to an old skill to create a new business for himself after work was hard to find. “Mo was really worried about the language barrier. Then, with COVID, trying to find a job was already hard enough for people living here,” Yaz said. “But Mo was really lucky because he just came across peo­ple that were just so kind and generous and willing to give him a go.” Sandy Bay barber, Silvio had been in his shop for 25 years, but after working with Mo, he knew he was the right person to take over. They’ve since renovated the space at Long Beach, opening a few months ago. And things are going well. “Word of mouth is just so big in Hobart. Mo’s such a good barber but it’s also his personality. People are just so drawn to him,” Yaz said.

You can hear more of Mo and Yaz’s story on the latest episode of The Hobart Magazine Podcast, on all good podcast platforms and our website at www.thehobartmagazine.com.au.