Feel the Mystery of Hanging Rock

As we gradually conquer the Covid travel restrictions we’ve been enduring, dreams of exploring mystical locations can soon be a reality again. A locale which for many years has intrigued me is Hanging Rock in Victoria, the setting for a Joan Lindsay novel, A Picnic At Hanging Rock, later adapted to screen by Cliff Green for the 1975 film directed by Peter Weir, and again, more recently, a TV series. While on a family road trip in Central Victoria, I visited that very site, 76 kilometres north of Melbourne just off the Calder Highway near Woodend.

Whether fact or fiction, the film adaptation, for a long time posed a much-disputed question; was it really based on a historic event near the turn of the twentieth century of just pure fiction? Modern commentary tends to support the view that it was indeed a myth, particularly since apparently no curious researcher has found credible press articles or police reports from the period pertaining to the incident.

There’s no secret that the screenplay was based on the novel rather than extensive archival research. The author apparently remained tight-lipped on the question by deliberately withholding the last chapter, which might have otherwise revealed what really happened to Miranda, Irma, Marion and Miss McCraw. In so doing, she cleverly emulated a quasi Hitchcock style of suspense, although it’s doubtful that Lindsay might have seen it that way. 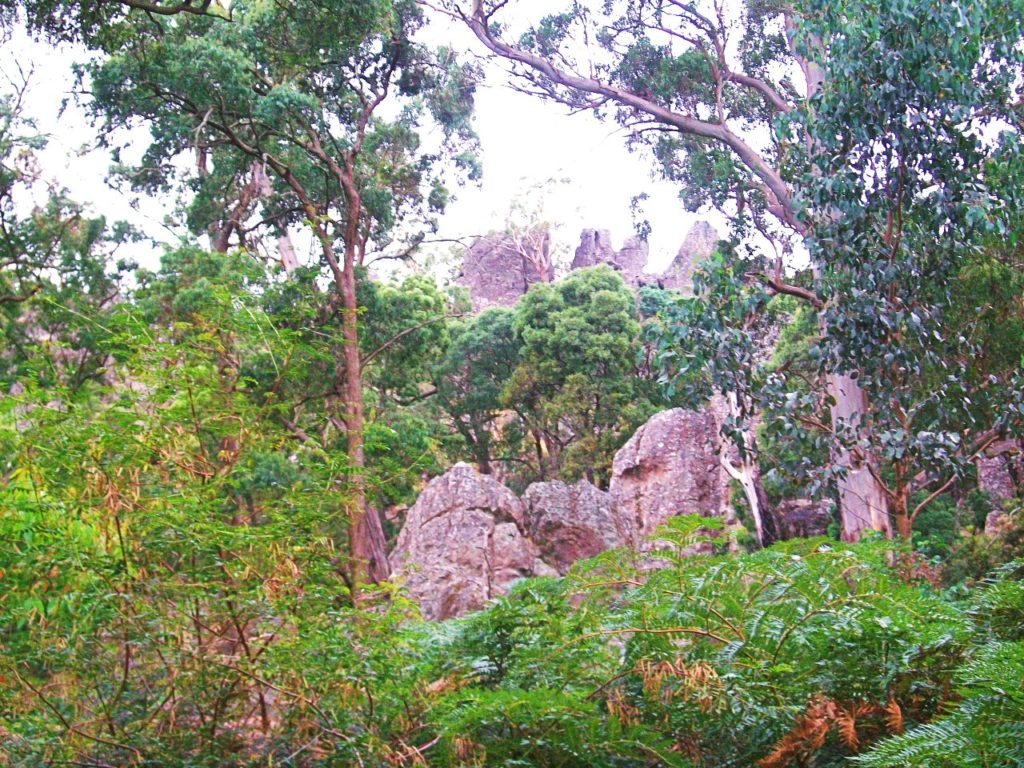 Although Irma was subsequently found, the mystery remains as to why she and a young man who set out to find her, were found in a dazed condition. One of the tests of good prose work after all is the author’s ability to effectively use imagery to challenge the readers to conjure up the settings, the actions and the personas of the characters; as opposed to spelling it out in detail. To Lindsay’s credit, at the apex of this line of thinking, was her ability to motivate the readers with a temptation to speculate on what might have happened, if indeed the intention was to solve the mystery in the first place.

As one of director Peter Weir’s earliest projects, Picnic was released in 1975, during a revival of the Australian film industry. Despite being one of the few local movies at the time that didn’t feature Jack Thompson, it was well received and fascinated audiences by its skilful mixture of both mild and confronting macabre undertones, while all the time sustaining that temptation to speculate.

So why do I recommend a visit? Apart from exploring the beauty of the area, I was curious to see whether it projected any sort of mystical feeling. As a sceptic to this kind of folklore, I can confidently report that it didn’t, however others might see it differently. It was well worth the $10 entry fee to visit the site up close and personal. The surrounding parklands and a specially developed interpretation centre devoted considerable display material to the story. The walk around the perimeter of the base had a special ambience and offered frequent breaks in the otherwise dense, low-level vegetation, enabling one to capture many interesting samples of nature’s geological creativity, manifested in the plutonic igneous rock formations of this former volcano. 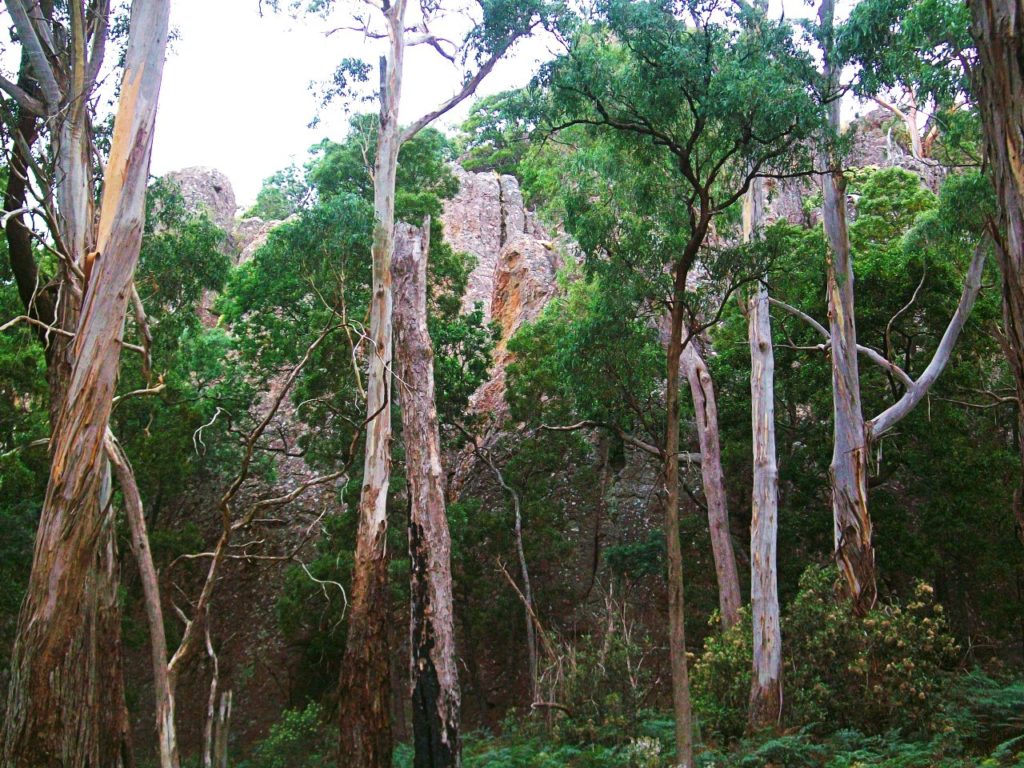 Time constraints prevented us from trekking to the summit, at least not on this trip; however at least venturing partly into some climbing tracks fascinated us enough to recount the shot of one of the film’s central characters; Miranda (played by Anne-Louise Lambert) and her party ascending towards it as if absorbed by some kind of hypnotic trance.

Hanging Rock is in the Macedon Ranges, an hour’s drive from Melbourne via the Calder Freeway.