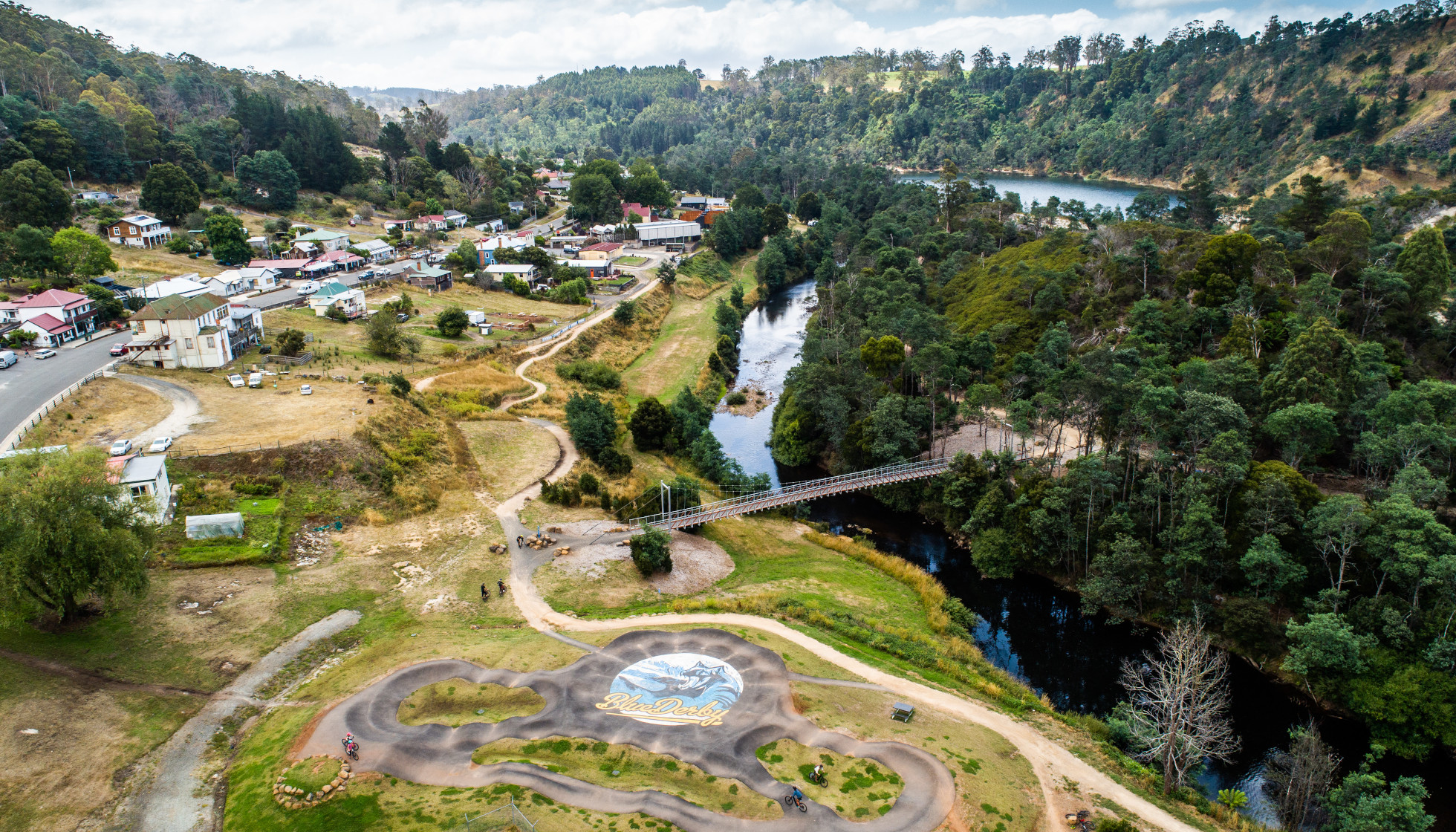 “If I can do it darling, you can,” I said to my seven-year-old son, who was hesitat­ing at the start of a mountain bike track.

He had taken a tumble on his first run of the day and didn’t really want to stick with Dad as he went to explore the further reaches of Blue Derby Mountain Bike Park. I told him to hitch a ride with me and his younger three-year-old brother as we planned to explore the Lake Derby track. Still nervous, I explained to him that if the two weakest riders in the family could do the track, then he’d be totally fine. Armed with the knowledge he was the most experienced rider in our little rag-tag bunch, he confidently rode off to lead the way. And what fun we had.

Derby is a four hour drive from Hobart. We chose to go through Launceston, Lilydale and Scottsdale – partly to check out the famous loop cyclist Richie Porte reportedly did over 30 times while home preparing for the Tour de France, partly because it looked like the least winding route with car-sick prone people on board.

Lilydale proved to be a fruitful stop. After a delicious salad roll and coffee at The Bean Barrow Express, we picked up supplies from the local IGA, as there isn’t a supermarket in Derby (and the Derby General Store was closed while we were there too, check ahead). If you’re a fan of Launceston’s Bread + Butter cafe, there’s a newly opened outpost in Lilydale, so we also picked up sourdough and a walnut croissant for the road.

Coming through Scottsdale we discovered the cheapest petrol in Tasmania and filled up, and also checked out Little Rivers Brewing Co. It’s in an industrial area, with a bar, beer terrace and shop and open from Wednesday to Sunday from 11am, but check their website for closing times.

We get to Derby with enough time to head out on a late afternoon ride and wander around town. There aren’t many dinner options in Derby but we booked in our takeaway pizza from The Hub earlier in the day so we were assured of our order being ready for hungry mouths. The woodfired pizzas were beautifully crispy and chewy, perfectly paired with my gin and tonic (with crushed blackberries from our Airbnb’s garden) and my partner’s Little River Brewing Co Golden Ale, a very tasty beer. Our little house had a fire pit so as the sun fell in the sky we sat watching the fire and preparing for our next day of riding.

The big boys headed out early on day two while my youngest and I slowly get ready to ride. Our accommodation was up the hill, so rather than let a three-year-old on a balance bike pelt down a public road to the trails, we drove the one minute to the trail head. It ended up being a great base for us throughout the day – drinks, snacks, sunscreen breaks.

Two trails stood out as excellent beginner trails. Chain Gang features enough twists, turns and burms to feel like you’re mountain biking, but not enough to fear falling (too much!). Lake Derby is one track every rider should tackle. Starting at the suspension bridge, the circular track winds past the lake beach and the Derby Floating Sauna, through forest and ferns. There are some beautiful vantage points along the way, perfect for a quick sip of water, or to catch your breath.

The natural meeting point for us became the pump track. It’s an undulating bitumen track where riders hone their skill of riding over bumps and jumps in quick succession. It was busy and hectic, but my three-year-old, who is develop­ing a definite dare-devil streak, wanted to get in there. I did the ‘parent hover’ and ran around the track for a few laps then realised that was actually far more dangerous. I handed him over to the flow of the track and watched with my heart in my mouth. He was mostly fine, and became obsessed with the track. I see many more hours watching that track in my future!

There are a few cafes open at lunch time, and we parked outside the busiest, Two Doors Down, on the main street. They have many grab and go options, and we all grabbed salad rolls, coffee and juices. We got caught up in the moment and all three boys upgraded their riding t-shirts at Evolution Biking next door.

The end of our big riding day was marked with a cold swim in the lake. I’m hearing so much right now about cold water immersion therapy but I’m a total sissy when it comes to cold water. But the water looked so inviting and the kids were keen so in I went. It was cold and exhilarating, I could feel the strands of hair on my head as the cold water ran between them. It was utter heaven and we stayed there for the best part of an hour dipping in and out. Much like the floating sauna nearby – while it was totally booked on our weekend there, it’s on the list for next time.

Dinner is a repeat of day one – pizza from The Hub, sitting on the deck, beer and a gin in our hands. Followed by a firepit with the kids, watching the sheep and kookaburras wind down as the sun drops in the sky. This is the stuff happy memories are made of and we can’t wait to get back.