A Yarn With … David Plumpton 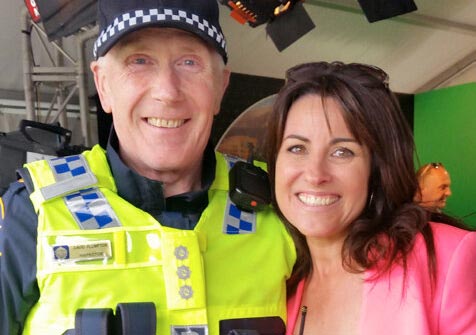 A life well served, as ex-copper David Plumpton reflects on his past work and new direction.

You retired as ‘Inspector Plumpton’ after a career of over forty years. Did you always want to be a copper? I never thought about being a copper until a mate told me he’d joined Tasmania Police. Another mate joined the Army at the same time so I thought I’d go with the Police and it worked out.

You spent much of your career investigating the suspected murder of Lucille Butterworth, which has never been solved. Why wasn’t it taken seriously in the early days? Sadly, going back to those years, missing persons weren’t treated as seriously as they should have been. No one took control and directed any true investigation for the first week and the family were told she would come back. “Flighty young girl, she will turn up” – those words burnt into the mind of Lucille’s dad and brother and proved to be totally wrong. Things have obviously changed but too late for the Butterworth family.

Do you think anyone will ever serve time over it now or is it too late? Heart hopes so, but brain tells me no, it’s too late.

What was your career highlight? And lowlight? There’s many highlights. I travelled Europe, South East Asia as a Negotiator, worked in Melbourne and Sydney as a Detective, worked with great people on major crimes, but in my last week with the police I received a card from Miriam who ran the flower van in the Mall, Margo who cleaned Wellington Arcade and Steve who was the Council street sweeper for the mall and CBD. They wished me the best and let me know Steve would like to buy me a coffee. Three days before I finished, Steve met me outside Speed Feed (cafe) and bought me a coffee. He told me about his family and thanked me for “making them safe”. Now, I had many people say good words about me but from Steve, who I saw most days as he cleaned the streets, this was very special and stays with me as a highlight. Lowlights – one losing a police colleague and mate to suicide and two, not being able to return Lucille to her family. 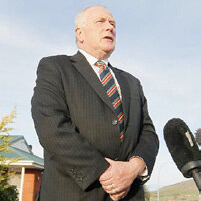 You now sit on the Parole Board. How does it feel to be evaluating prisoners on the way out rather than taking their case histories on the way in? Total change, but a good change, working with people whose focus is still community safety means I can still offer something. Hopefully I add something to the process based on my experiences.

Over the years I imagine you’ve seen some pretty awful things. What did/do you do to cope with that? This was hard as I have seen many awful things but they have never affected me deeply. I always realised that the “badness” hadn’t happened to me so others were far worse off. I was there to make sure the “why” and “how” was answered and if I did that well those who were really affected could have a small piece of closure or understanding.

I’m told you’re a pretty fit guy – has health and fitness always been a part of your life? Ha, no. Only in the last few years before I retired did I focus on my physical health. In fact, two of Tasmania’s most “colourful identities” recommended Joey Edwards as a trainer if I wanted to get fit before I retired. That was the beginning and both mentally and physically it has proven one of the best things I have done for myself.

What do you do now you’ve retired? Haha, whatever I like. I do some contract work for Justice interviewing certain people for their Working With Vulnerable People registration card, with the parole board, involvement with the police museum and I conduct “true crime” walking tours of Hobart. Then I try and spend time with family and friends – my wife is a police officer and recently was promoted and transferred to Ulverstone so I regularly spend time on the North West Coast. 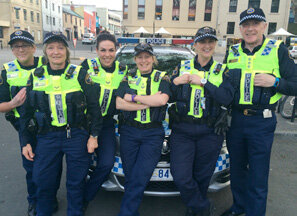 You’ve been involved with youth groups too. Can you share a little about that? When I was the Inspector in Charge of Hobart, Helen Devenish, an evangelist, came in and said she was intending to walk the streets of Hobart preaching the gospel and helping disadvantaged youth. She wanted the police to know so we didn’t think she was strange or up to no good. I thought she would end up in the river, or totally losing her mind, but would you believe she is still going, looking after kids. Those kids are the dysfunctional, disadvantaged youth who most people are very nervous of. Now, I’m not religious – Helen is working on that – but she’s been amazing. With her small support crew she’s regularly helping those kids most down on their luck and doing so with her own funds. She’s done more for those kids than any other established religion, so I’ve helped out when I can.

As a copper in a town like Hobart, you’d get to know those on the other side of the law quite well. How did you navigate that? If I had any skill as Detective it was to talk to people – some people say that’s all I do! But that meant I’d build relationships with people, the good, the bad and occasionally, the evil. I still see and meet many people from all sides of life. In fact, I’m still contacted for advice on all kinds of matters – family issues, financial issues and various mistakes made by some of those I had dealings with. But I have to say I always maintained a mantra of “it’s business, not personal” when dealing with “clients”. Those “clients” mostly accepted that. 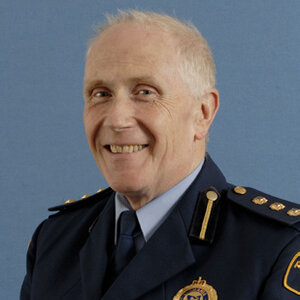 You now run walking tours of Hobart? Garney Pearce, ex ABC journalist, and I conduct true crime walking tours of Hobart. We take paying “victims” on a two-hour walking tour around parts of Hobart highlighting particular crimes and personalities from the 1930’s to the present. While it touches on the tragic and the wicked, it also has its moments of flippancy and humour. All based on true events – and maybe with a few stories thrown in for good measure. In particular grandiose stories of my Detective skills… You can book a tour at truecrimetours.com.au.

What does downtime look like for you? The gym, coffee and spending time with my wife, family, grandchildren. I am a lucky man – not in finances but in life. At school I was, at best, a 3.5 who kept admiring the 10’s. Then I married one. So, life for me is very good and downtime a pleasure. ■