A Safe Space for Hobart’s Homeless

by The Hobart Magazine 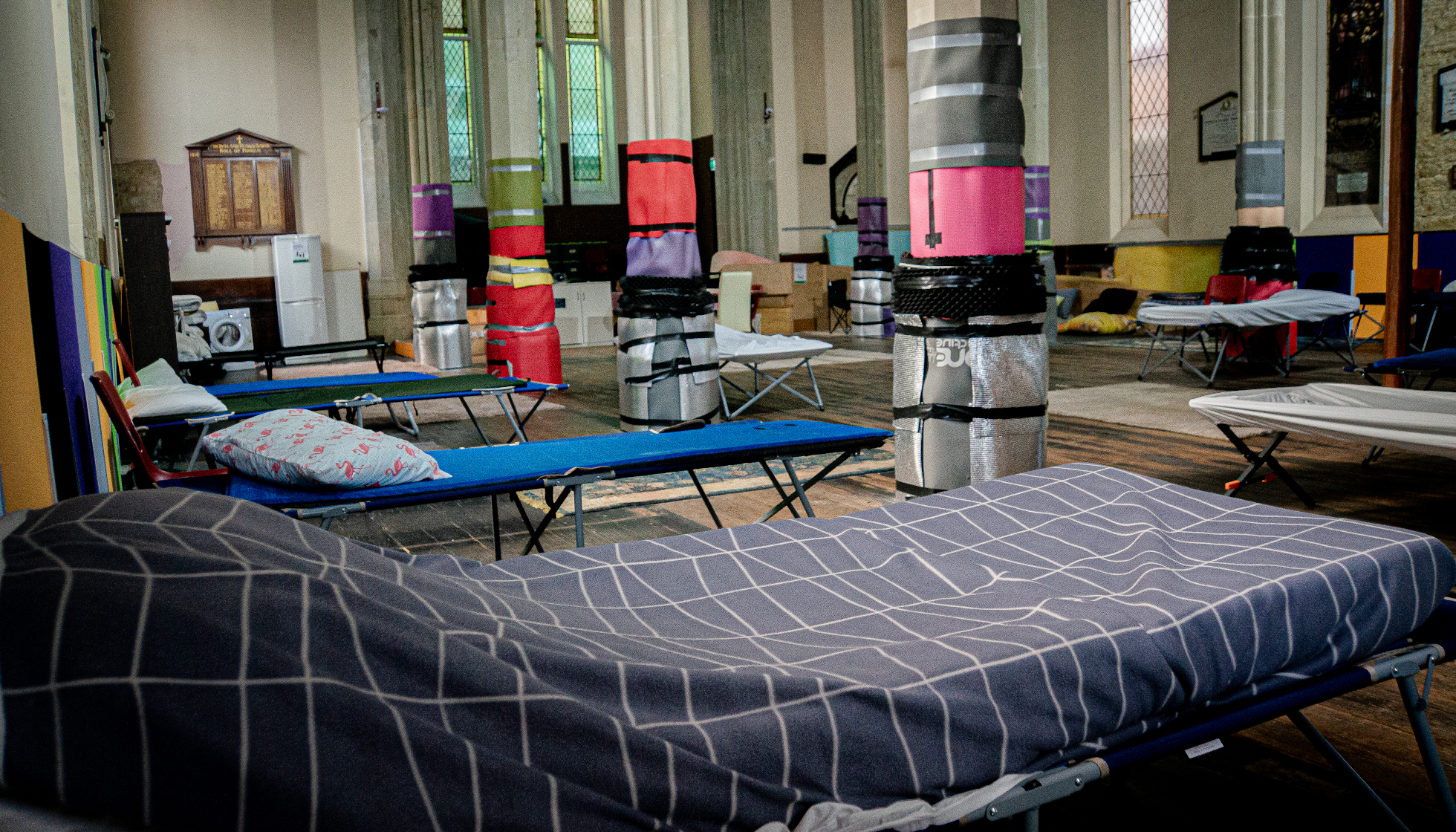 When local chef Luke Burgess was setting up his new restaurant, seven-anda- half floors, at The Pod, on a rooftop in central Hobart, he found himself with a rare snippet of spare time.

On his regular drives to and from the restaurant, he also found himself noticing a group of people congregating outside an old church on Davey St. Presuming them homeless, he made a mental note to see if he could find out more, so he could give some of his time to help in some way.

Before anything had come of that, a moment of serendipity – Hobart City Mission’s volunteer coordinator, Sara Shephard, was at The Pod, and pointed out that from that vantage point she could see their Safe Space – a place for the homeless to get safe accommodation and food. The spot where Luke saw the group sitting and waiting for it to open.

“I thought “ah! – I don’t need to do anything, I have my answer,” Luke said. “I basically sat down and worked out when there was time to do it. I got increasingly busy at the space but we teed up a bunch of dates and I prepared some mac and cheese and meat balls and other pasta dishes – basically things they would want to eat.” 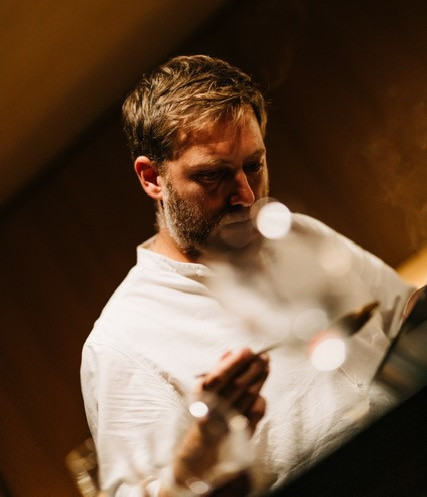 For Luke, it was an eye-opening experience to cater for such a different crowd to his usual clientele. “I had ideas of doing things a bit more holistic, but Sara explained that there are certain things the visitors want to eat because they might not have access to, say, a bathroom for the day, for example, so when you don’t have amenities at your disposal you need to tailor things in the right way. That was an interesting way to come to it.”

“One guy was like “oh the mac and cheese was missing something” and he really wanted it to taste like doritos but I’d used really nice pecorino and gruyere I had leftover and he was like ‘nah give me the good old processed cheese please!”. So I’m just learning about what makes these people happy in this situation, because every day they have to think about where they’re going to stay, where they might get food, for example. So I want to make it easy.”

Gypsy was a regular client at Safe Space for just under three years, and was there when Luke started cooking. She’s now found her own unit but remembers feeling safe in the space. “It was good to have – the workers were all good, everything was just good there,” she said.

“Then Luke came there and started cooking us meals there every Tuesday night. He made me separate foods from the others because I’m a vegetarian. I loved his cooking and all the things he was doing there for everyone, helping out,” Gypsy said.

For Luke, there was also the humbling reminder that homelessness can happen to anyone. “Just the reminder that it isn’t that far-fetched that you could end up in that position yourself. There are people I know from there that I see out and about in Hobart and no one would pick them as homeless. Some of them have jobs, they’re out there. In a lot of ways it just reminds you that being fortunate isn’t an eternal blessing, it can disappear.”

The numbers at Safe Space have continued to grow over the past few years, not helped by the pandemic and an increasingly difficult housing market. By late 2021, the Safe Space had already moved numerous times, with hopes for a permanent home dashed, again and again, by that tight market.

Hobart City Mission had been subletting the church at 47 Davey St since August 2021, and made the bid to purchase the property when it came up for sale in March this year. Thanks to the support of some very generous local donors, the iconic former church is now theirs. CEO of Hobart City Mission, Harvey Lennon, said the purchase of the property will provide much needed certainty for the emergency accommodation program. 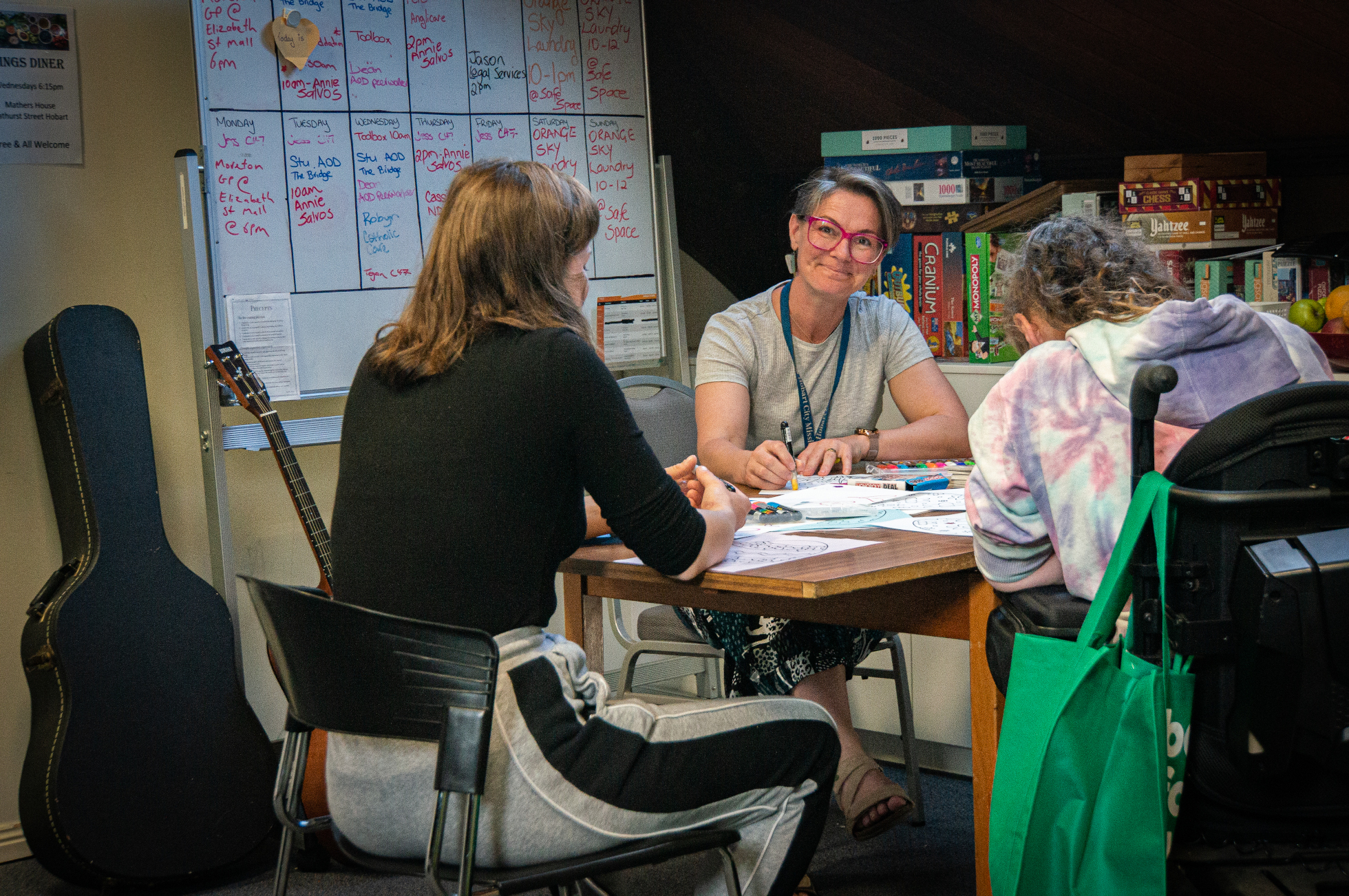 “There have been lots of changes to the Safe Spaces program since it first launched”, said Mr Lennon. “We’ve had to move locations, and at times there’s been uncertainty around continued funding. Despite all this, we’ve never once closed the doors – we’ve always made sure there is a place for people to sleep, have a meal, and connect with us”.

State government funding has recently enabled the Safe ‘Night’ Space program to add an extra 15 beds every night for people experiencing homelessness, to make a total of 35 beds available per night. “These extra 15 beds will be crucial as winter approaches”, said Mr Lennon. “More and more people will need a warm, safe place to stay, and we’ll be there to meet that need”.

With the expansion comes a need for more volunteers. Gypsy encourages anyone with time and energy to get involved: “If people want to come along and help them out there they’ll appreciate it and it’d be good if they can, it helps the workers too, they’re all doing a good job. It’d be good if they can get extra people in to help them out. I recommend anyone to help with City Mission.”

National Volunteering Week is this month – from 16-22 May. If you’d like to volunteer at Hobart City Mission like Luke (don’t worry – you don’t necessarily need to cook, there are plenty of other options, including working behind the scenes, or helping at an Op Shop), get in touch via hobartcitymission.org.au/volunteering/. They also always welcome donations – you might like to donate to the current Sleep Rough fundraiser.