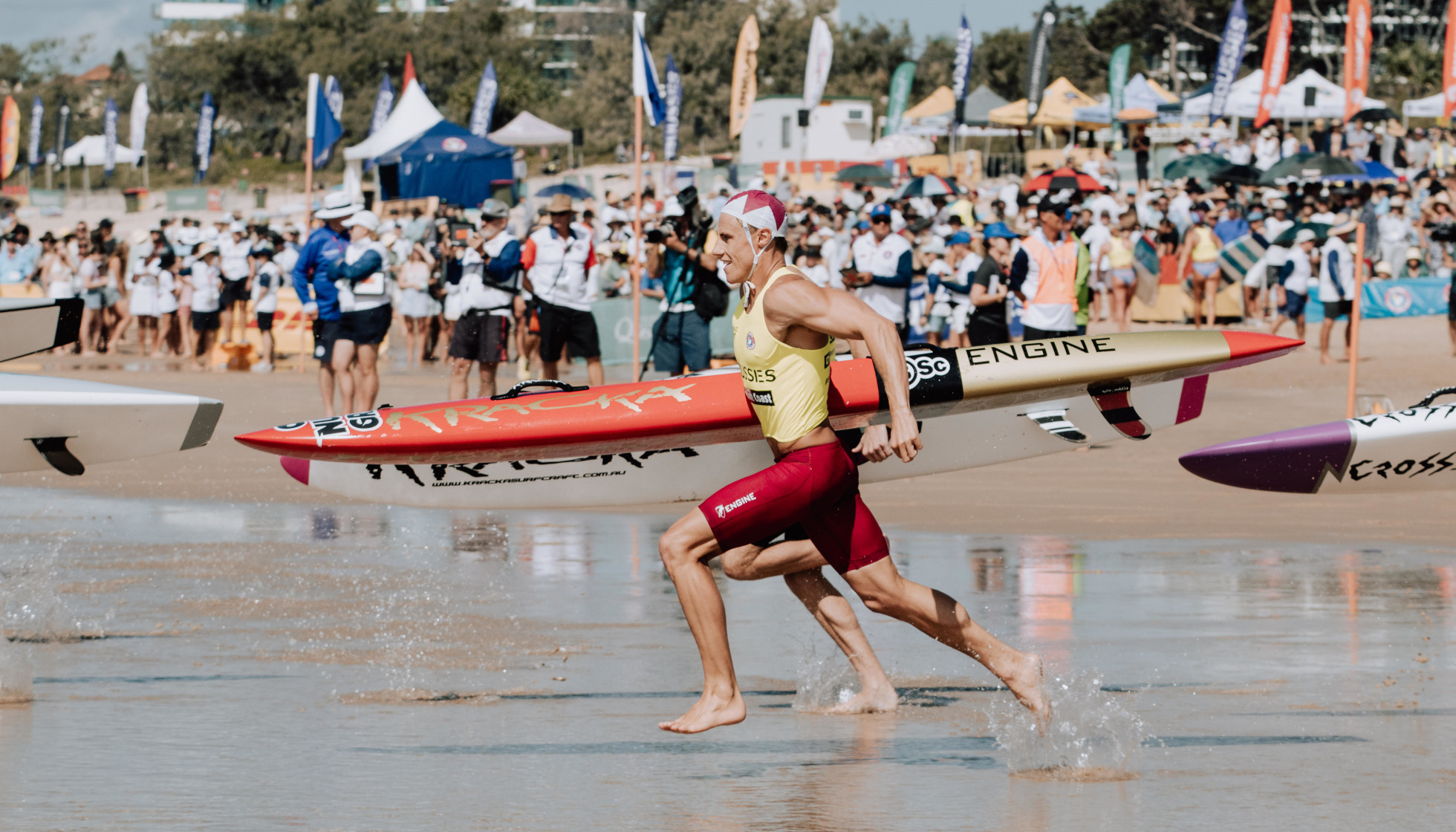 Ironman Matt Bevilacqua added an extra special award to his trophy cabinet recently, becoming the Australian Board Race champion for the first time, despite being the world champ in the event five times over!

How did it feel to win a title that had alluded you for some time?! The standout feeling was massive relief. But I was so surprised with how emotionally relieved I was. I have never been so re­lieved and emotional after a race before! Even after my largest achievements such as winning a Nutri-Grain Ironman Series or the Coolangatta Gold I have never been so emotional. The Australian Board Race Championship is incredibly short, around five minutes, in and out through the surf with 200 of the best paddlers around the country contesting it, with only 16 mak­ing the final race on the fifth day. Even the slightest mistake can cost you a place in the final and then, during the final, to win requires an absolutely perfect effort.

I’m undefeated five times in the World Paddleboard Championship over in Hawaii and I think subconsciously I was scared I could be known as the best board paddler to never win an Australian Title! Sport is so ruthless sometimes in that you must be on for that specific day and es­pecially in surf, everything must go your way. Coming from Tasmania in this sport I’ve always been behind in years at the top because of all the catching up I had to do, so I’m focused on making my mark on the sport now that I can. I worked so hard in Tasmania and now in Queensland, so wins like this are just so incredibly sweet to prove I’m probably now the best all round board paddler in the world.

What’s your next focus? I’m going to enjoy some weeks off. Normally I would prepare for the World Paddleboard Championships in Hawaii but that won’t go ahead again this year. The next event will be the iconic Coolangatta Gold in October where I’ll defend my title against the greatest athlete to ever compete in it, Ali Day.

How has COVID affected you over the past year? Being a professional athlete during COVID over the past year has made me feel incredibly out of place. I’ve been so separated from my family in Tasmania and I’ve questioned whether it’s even worth chasing my professional sporting goals given the volatility of the world right now. I have, however, been so supported by my sponsors and my club and now coming out of COVID, I’m incredibly motivated to make the next few years count. It’s brought on a new appreciation for being able to race and compete in one of the most iconic sports in Australia.

You can watch Matt as he takes on Ali Day in the Coolangatta Gold later this year from the 16-17 October, 2021.