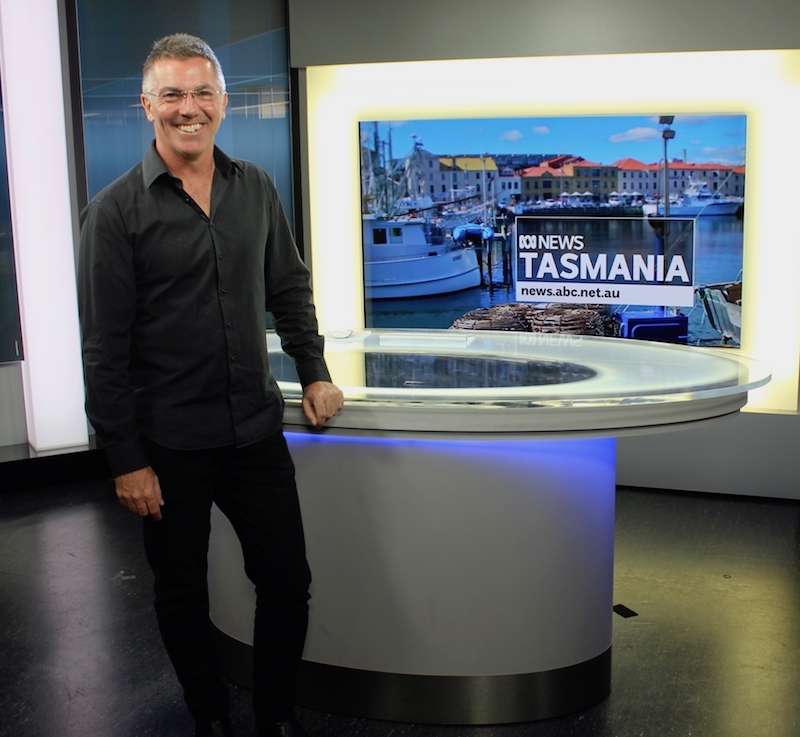 Self-confessed Hobart ‘newbie’, Guy Stayner recently replaced Peter Gee as the ABC TV news presenter last year. When he’s not exploring the city’s cafés in search of the best coffee, he’s revelling in the view from his home in Lindisfarne.

Where do you live and what do you love about it?
I’m a newbie to Hobart and Tasmania. I have just moved into a house in Lindisfarne and I think it’s impossible not to love the view looking back to the bridge and the city. I also like the village atmosphere of Lindisfarne.

What’s the best thing about Hobart?
The clean air and hills. The city is a great merger between the urban and natural environments and there’s always something visually interesting on the horizon.

And the worst?
Being away from my two children who live in Melbourne.

Tell us a little bit about your work?
I present the ABC TV news bulletin. If people look at me blankly when I explain what I do, I tell them, “I’m the new Peter Gee” and then they seem to understand! I had been a journalist at the ABC’s Melbourne newsroom for 18 years before becoming the Tasmanian newsreader in October. It’s a privilege to present such important information to the state and the ABC takes the role of telling Tasmanian stories very seriously.

Where’s your favourite eatery?
I don’t really have a favourite anything whether it be food, song or movie. How can you say cheesecake is better than a Thai curry, or prefer The Godfather over Finding Nemo? We all have different preferences at different times depending on our moods. However, I do like the way the food is lovingly prepared and (very) casually eaten at Small Fry and you’ll struggle to find a better eggs benedict than the one at Spencer’s in Lindisfarne.

Where do you head for a coffee?
I’m still enjoying my Hobart café exploration, so I head wherever I sniff the aroma of freshly ground coffee. I used to live in Degraves Street, Melbourne, which is the heart of Melbourne’s coffee culture and I can honestly say Hobart’s cafes are very good.

Favourite Hobart secret?
If I told you it wouldn’t be a secret!

Which team?
I spent 30 years describing myself as a “long-suffering Richmond supporter”. These days I no longer say ‘long-suffering’. I really look forward to one day watching The Devils play in the AFL. It’s Australia’s greatest sporting travesty that the AFL continues to deny Tasmanians an AFL team.

What do you never leave home without?
Clothing… which always has my wallet and keys in a pocket.

And outside work?
I really enjoy golf and no matter how badly I play it never completely spoils the good walk. I’m yet to play Lost Farm so I look forward to returning to Barnbougle soon.

A quote to live and die by?
Live simply so others may simply live. ■

3 thoughts on “Guy Stayner From Lindisfarne”