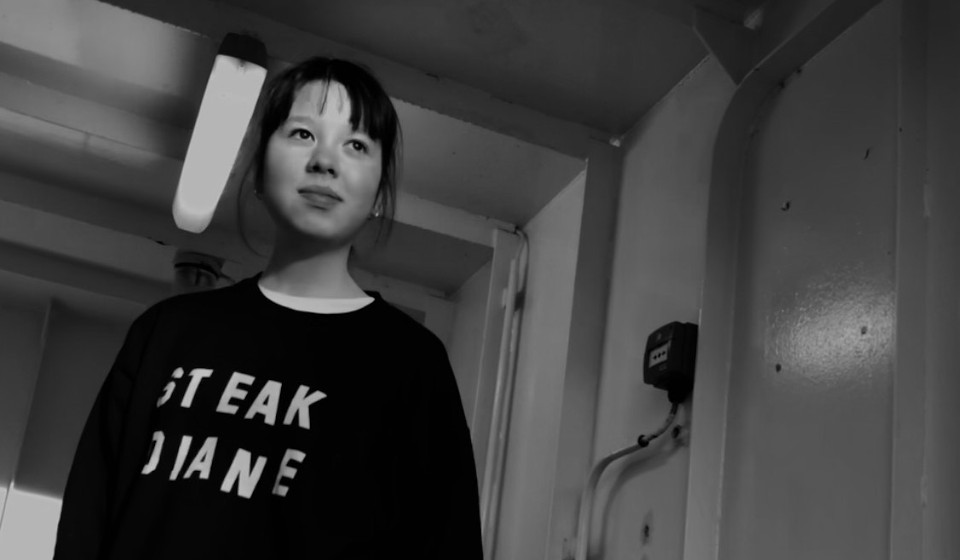 What were you doing when you were 14 years old? For 14 year old Eastern Shore resident Kanako Okiron, she has just released her debut novel – an exploration of life as the child of a Hollywood megastar. We caught up with Kanako recently, before she hits her own trajectory to writing stardom.

What was the catalyst for NLITM?

I originally had the idea for Not Like in the Movies in 2019, when I was 12. Up until that time, especially during my in-be­tween years of 10 and 11, I had been pondering a lot about fame and what it all meant. I’m sure every child goes through this at some point, but I dreamed about being a guest on talk shows and proving to the world that I was worth something. I think I had finally reached the mature-ish stage where I began to think more about, “Maybe I don’t want this.”

What is the process of getting published like for young authors?

I’ve been wanting to be published since I was 10 years old, writing a book called Overflown with Rice, about a classroom that gets, literally, flooded with rice to the point of drowning.

I was advised by my parents to wait a few years later until I proved to be more serious about getting published, for the better! Last year, after finishing my book, I decided I wanted to take a step further and publish my work. I submitted my first draft of my manuscript to many literary agencies, all rejections, so I decided to opt for self-publishing, which turned out to be one of the best decisions ever, since I’m always alone (joke). Self-publishing gave me more freedom I’d never had before – but of course, freedom isn’t free. 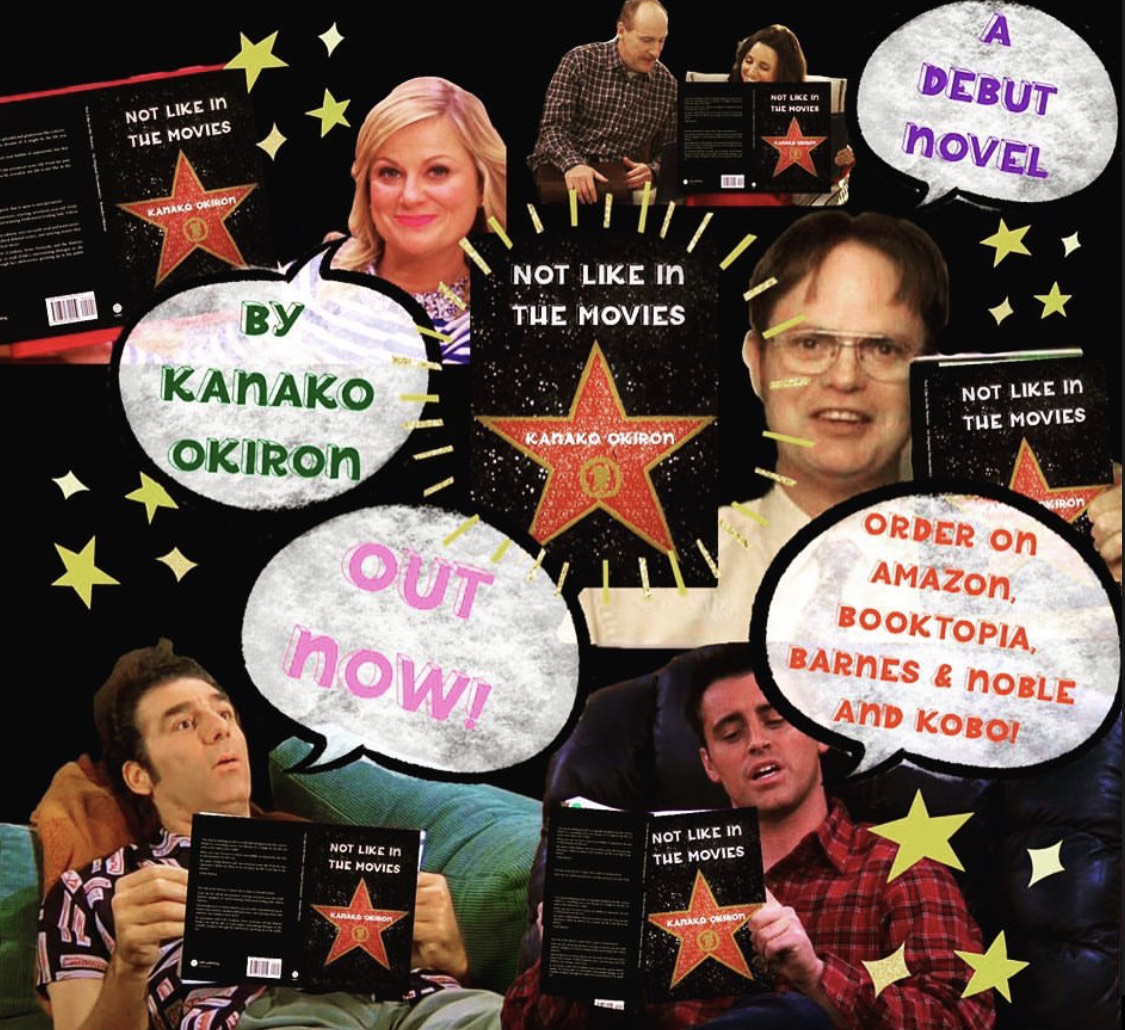 How would you describe your approach to writing?

My approach to writing centres around fantasy and reality – a real mishmash of the two. In NLITM, I had absolutely no inten­tion about writing my protagonist, Zelda Mulette, to have the same characteristics and traits as me! It just happened as I eased into the plot. I don’t think this will occur when writing future novels though!

How has living in Hobart influenced NLITM?

Living in Hobart has inspired NLITM in the fact that I live nowhere near Hollywood and have not lived the star life (gladly) so I can write safely from the comfort of home with no paparazzi around! The Hollywood star of Errol Flynn outside the State Cinema does give Hobart a Sunset Strip vibe.

Since early last year, you have been doing your school­ing from home, has this changed your approach to creativity?

I’ve definitely had less distraction and anxiety. School has been mentally and emotionally draining as a social and academic setting, so now I am finally in a peaceful state of mind! Due to isolation, I’ve been reading a lot more in the past year, books about philosophy and psychological fiction! My learning has improved, which is great because I was falling behind at school. 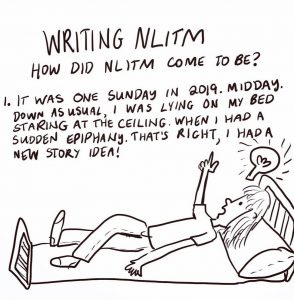 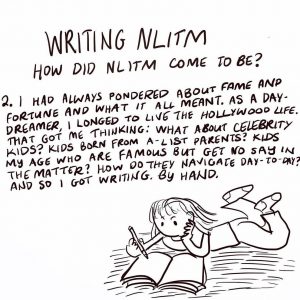 Who would you like to see reading this book?

I don’t feel like Not Like in the Movies is targeted towards a specific audience, probably because I’m only 14. But I do feel like tweens and teens will most relate to Zelda Mulette, famous background or not! Like us, she has her own little quirks and awkwardness which will be reminiscent for young adult readers. Apart from some censored language (only a little bit!) it’s written in the second person format of a mockumentary which makes for an entertaining read.

What would success look like for you with this book?

What I would love the most is for the moral of my novel to be projected and understood among my audience, especially young people my age. Just like we all have experienced, I’ve gone through dark periods in my life, and fantasising seemed the only way out. But I want people to know that fame and success, to make a long story short – Zelda’s words, not mine – is Not Like in the Movies.

Where can we get a copy of NLITM, and specifically within Hobart?

Not Like in the Movies is available to purchase as a paperback and eBook on Amazon, Booktopia, Kobo, and Barnes and Noble, but there are only so many of my books that I can get printed due to being a self-published author! I am in the process of getting NLITM in bookstores across Hobart.

What are your career aspirations?

I would love to be a New York Times bestselling author or be shortlisted…every author’s dream. But we’ll just have to wait and see! Until then, I hope to study philosophy, arts and graphic design at Uni, and sell a few more copies of my books!

Do you still long to live the Hollywood lifestyle?

Nope! It would be very odd if I contradicted myself after writing a whole book on the topic! I’ve sought solace in writing about fame – it became therapeutic for me to write down my (Zelda’s) feelings and how she responds to the life she’s been assigned at birth.

What do you like to get up to when you aren’t at school or writing?

I practice yoga, meditate, go for runs and kick back in nature. And I try not to overthink too much! You’ll find me sprawled upon the couch on Friday nights binge-watching my favourite shows. I usually watch sitcoms, perhaps too much. It is merely a coincidence that The Office has slight parallels to my book, I promise!

I believe that any kid or teen, if they love to write fiction and they set their mind to it, can write a story with a lot of potential. Take all the time that you need, and if the timing is right, go for publishing! 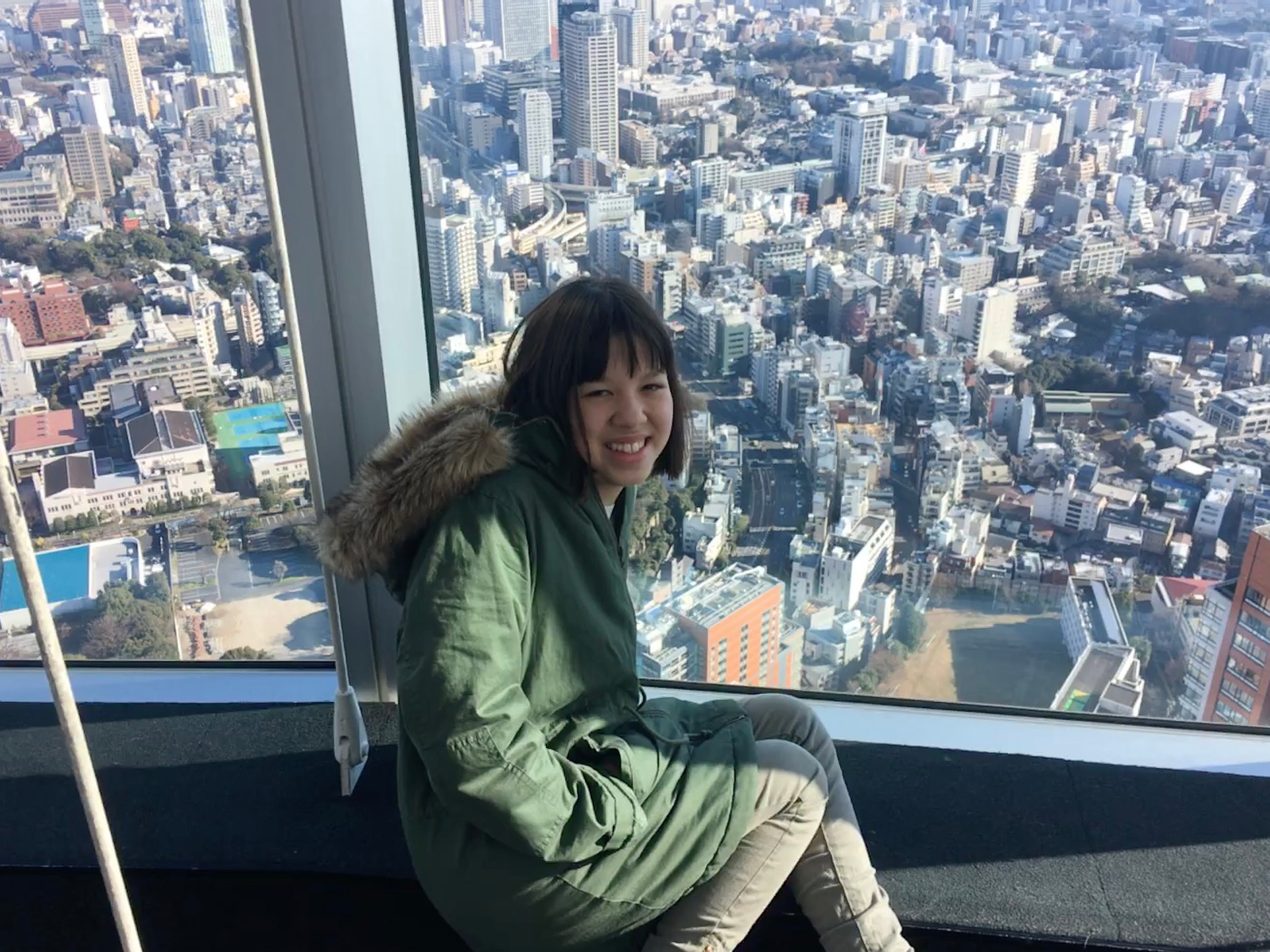