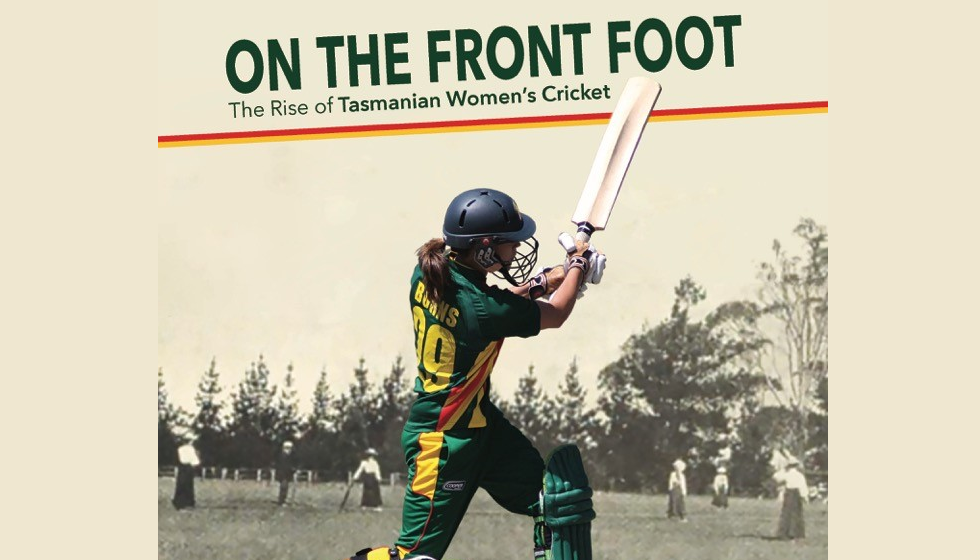 On 17 March 1906 Tasmania played Vic­toria in the very first interstate women’s cricket match held in Australia at Victoria Park in Abbotsford in Melbourne.

The match drew over 1500 spectators and attracted coverage from major newspa­pers in Melbourne. The Tasmanian team wore fetching Oxford-blue skirts, cream blouses, white straw hats, and white cricketing shoes. The cricket dress of both teams proved challenging. High winds created havoc for the straw hats, which were described as ‘flopping up and down like a huge fan’. Full skirts were also an encumbrance in the wind and constant re­adjustment was needed if they got tangled up in the bat.

Starting at 2pm the match was played on a matting pitch and umpired by Mr Tom Weedon (Victoria) and Mr Steve Murphy (Tasmania). Mabel Hocking won the toss and elected to bat, sending Miss Porter and Miss Stevens to open the batting. Facing May McDonnell who ‘ran down the wicket and sent an over-arm ball swiftly and with precision’ a nervous start saw Miss Stevens dismissed in the first over. Against strong and accurate bowling, Tasmania managed 49 with five of the team scoring ducks. Ida Lane (9) was run out and top scorer May Martin (10) was unlucky when her skirt sent the ball into the wicket as she swung around to hit a ball from Ida Dennis. Batting for an hour and a half for two runs, Charlotte Garner (6) eventually opened her shoul­ders, miss-hitting a ball through the slips for 3 and then notching a single.

A striking difference between the two teams was that the Victorians bowled over-arm and the Tasmanians ‘slow underarm’. Becoming accustomed to the underarm bowling, by 6pm the Victorians reached 78, winning by 6 wickets and 29 runs. The game was played in good spirit and it was clear that the women enjoyed playing cricket in front of a supportive crowd.

Tasmanian captain, Mabel Hocking, was presented with an inscribed cricket ball by Mr Thomas Sherrin as a memento of the history-making game. Founded in 1880 and now an iconic Australian brand, T. W. Sherrin was the local manufacturer of cricket balls and footballs. Mabel’s family donated the mounted ball and it is on display at the Tasmanian Cricket Museum and Library at Blundstone Arena.

The Tasmanian team played a series of matches against Victorian ladies’ clubs around Melbourne and another match against Victoria. Away for a fortnight, the tour had been a resounding success, generating media and public interest, and building the profile of ladies’ cricket in both states.

For Tasmania it was a challenging entry to competitive cricket; however, it created a standard that the Tasmanian women could aspire to and a benchmark for crick­eting skills they needed to develop. By embracing the opportunity and competing in the first interstate ladies’ cricket match, Tasmania would lay claim to a signifi­cant piece of Australian women’s cricket history.