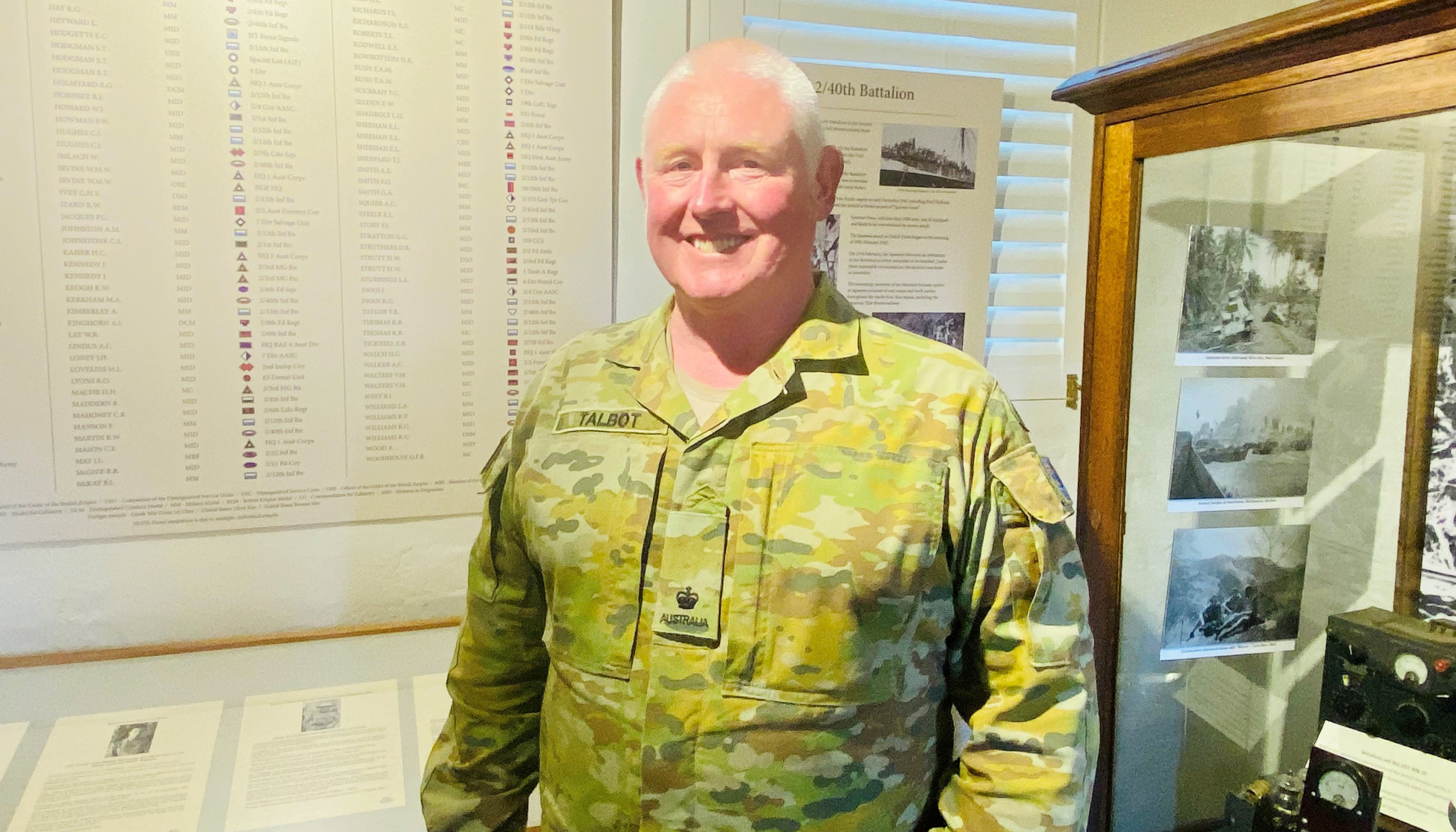 Behind the gates of Hobart’s Anglesea Barracks, a World War II exhibition displays the stories of Tasmanians during the war years from 1939 to 1945. The display, hosted at the Army Museum on the barracks, includes images of Tasmania’s two main local infantry battal­ions and the myriad of defence industries, and is open to the public.

“The exhibition displays the wartime exploits of the 2/12th and 2/40th Infantry Battalions, which were raised in Tasmania and contained significant contingents of Tasmanian soldiers,” said Museum manager, Major Chris Talbot.

“The 2/12th Battalion was raised in October 1939 with soldiers from Tasmania and North Queensland and deployed to North Africa in May 1940.” The battalion subsequently fought German and Italian forces during the Defence of Tobruk and, after returning to Australia in late 1941, fought Japanese Forces in New Guinea at Milne Bay, Buna, Shaggy Ridge and Balikpapan (in Borneo). “The exhibition highlights the Battalions’ experiences during the Defence of Tobruk in North Africa in 1941,” Major Talbot said.

The 2/40th Battalion was raised at Brighton Camp in July 1940 and deployed to the Northern Territory in April 1941. The 2/40th was subsequently deployed to Timor in December 1941 after the outbreak of hostilities with Japan. “The isolated Battalion was overrun by a large Japanese invasion force in late February 1942 and most of the 2/40th became pris­oners-of-war. The exhibition highlights the Battalion’s defence of Timor and how remnant elements fought a guerrilla war against the Japanese occupiers.”

Tasmania’s home front during WW2 was dominated by a rapid expansion of local industries to support the Australian war effort, including iconic companies such as Blundstone, Waverley Woollen Mills, Electrolytic Zinc Company and a major vegetable dehydration factory in Scottsdale. These factories provided critical supplies for the sustainment of the Australian Army in the Middle East and Pacific theatres of war. Additionally, there were major munition factories and ship builders (building small, highly manoeu­vrable hospital ships for the Pacific theatre) in Hobart and Launceston and a critical optical lens production facility at the Waterworth Optical Annex in the University of Tasmania.

The exhibition displays production examples from some of the factories and highlights the importance of the Women’s Land Army in maintaining agricultural production across Tasmania during the war years.

“Many Tasmanians have linkages to either the Battalions or those serving on the home front. In the lead up to Anzac Day 2022, we invite everyone to come and visit this unique exhibition.”

Australian Army Museum World War II Exhibition is on at Anglesea Barracks, Hobart. The exhibition is open each Tuesday and Thursday (including with self-tour of Barracks). Call 6215 7503 for more information.