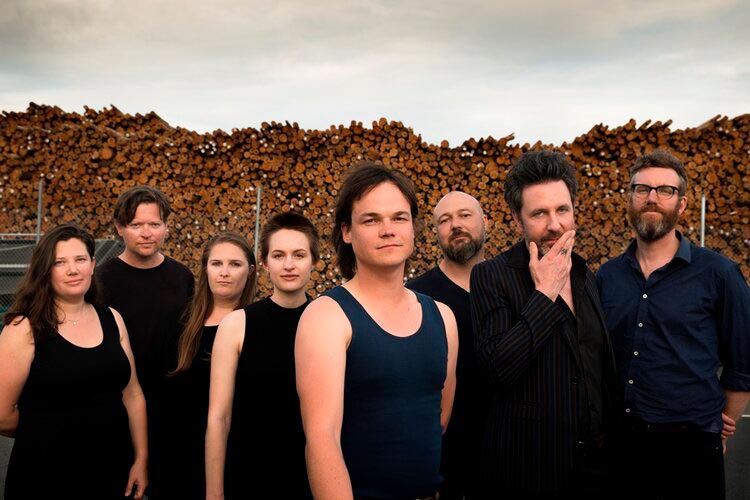 This issue marks a full year of mag production for us and we’ve loved every minute. We’d like to thank each and every reader for taking a chance and picking us up. And to our advertisers, thank you for supporting us and showing that you care about giving the people of Hobart something independent, informative and hopefully fun to read. Here’s to the next year!

Matt Breen and Chris Chapple from Templo are opening a new bar, Sonny, on Elizabeth Street in the site that once was Can Bar. Promising a little bit of food and a little bit of wine, the tiny space will be low key with simple furniture and fitout. The food is even more simple with only a small hotplate and a salamander on hand – it will be the kind of place you pop into for a snack and a glass of wine. But if Templo is anything to go by, you’ll be eating all the snacks and not needing any dinner anyway! Set to open mid May.

Hobart singer-songwriter Christopher Coleman (you might remember reading about him in our first issue) has formed an eight-piece supergroup featuring members of Augie March and The Drones to record his third album, The Great Tasmanian Escape. The band is launching their debut single, Jesse, at the Hobart Brewing Co. on 17 May at 8pm. The album was recorded in at Melbourne’s Sing Sing studios, produced by Glenn Richards (Augie March) and made possible through the patronage of Kirsha Kaechele of Mona. You can buy tickets at www.christophercolemanmusic.com

MAYOR IN THE CHAIR

Hobart Lord Mayor Anna Reynolds is about to start a series of “Mayor in the Chair” sessions. From 10 May, the sessions in the Henry Hunter Reading Room at Town Hall are an opportunity for members of the community to raise something with the mayor or ask a question without making a specific appointment. The first dates are Friday 10 May, 1 – 2pm, Thursday 23 May, 1 – 2pm, Saturday 1 June, 1am – 12 noon and Saturday 15 June, 11am – 12 noon.

It’s interesting to see that at a national level the Liberal Party seems to be resisting electric cars but the Tasmanian Liberal Party is spending $450,000 in grants to support the installation of electric vehicle chargers. Is it because the state party are awake to electric cars being the future of motoring and don’t want to scare away mainlanders who travel here with their Teslas and co, and need to charge up? Whatever the motivation, it’s good progress for our state.

The business community got together recently to recognise the achievements of some fantastic Tasmanian women at the annual Tasmanian Telstra Business Women’s Awards. Lucy O’Flaherty, the Chief Executive Officer of Glenview Community Services, is the 2019 Telstra Tasmanian Business Woman of the Year and the Small Business Award went to Lucy Given, Owner and Creative Director of LUC Homewares and Design. Last issue we chatted with Trisha Squires, the Chief Executive Officer of AFL Tasmania and she took out the Medium & Large Business Award. And in the Public Sector & Academia Award category Dr Katrena Stephenson, Chief Executive Officer, Local Government Association of Tasmania took the top honours.

Did you know there’s a reading room at Town Hall that’s now open to the public? The Lord Mayor’s wing at Town Hall has three large rooms that traditionally have been used for meetings behind closed doors. Current Lord Mayor Anna Reynolds has decided she only needs one space to work in and has opened up the other two rooms for all Hobartians to enjoy. The Henry Hunter Reading room features notable artworks by Tasmanian artists, lots of comfortable chairs and a meeting table. The boardroom, with a large table for about ten people, can been booked by local community groups to use for special meetings. Pop in to read the newspapers, do some homework, feed your baby or just take a moment on a busy day in the city.