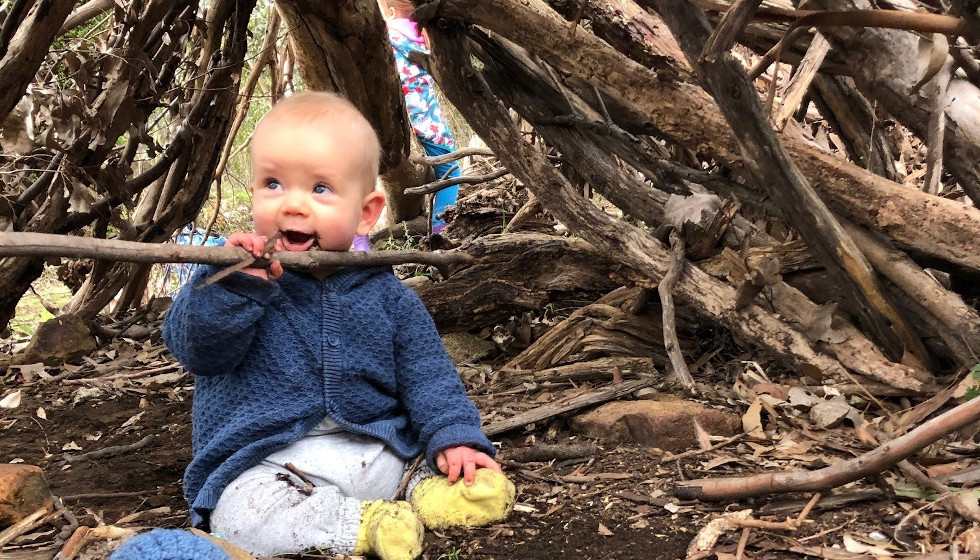 Our day begins with a circle and a small fire. The kids, aged between six weeks and five years, are decked out in bright cloth­ing, earthy knits and colourful gumboots, ready for today’s adventure, their adults in tow.

Ruth, our bush kinder leader, announces tadpoles are about: a chorus of ‘yays’ follows. She also matter-of-fact­ly tells us that jack jumpers have been spotted and snakes can be assumed to be active. A small level of managed risk is an important element of the experience. We sing an acknowledgement of Country song together and set off.

A little further up the eucalypt-lined hill is our first stop, pakata ‘mountain’ (a large mound). The kids seem to know what to do: some head instantly for wooden steps, each one high enough to provide a chal­lenge for a toddler. Older children con­gregate to do a spot of ‘fishing’ with large sticks near a stick tipi, or to explore the deeper puddles. I see babies splashing in the mud, and tentatively set down my ten-month-old Theo with his toes in it. Theo boldly attempts to head downhill towards a large drop-off to a deepish drain where bigger kids are wading, but he is thwarted (by me). Children and carers alike seem to be having a great time. 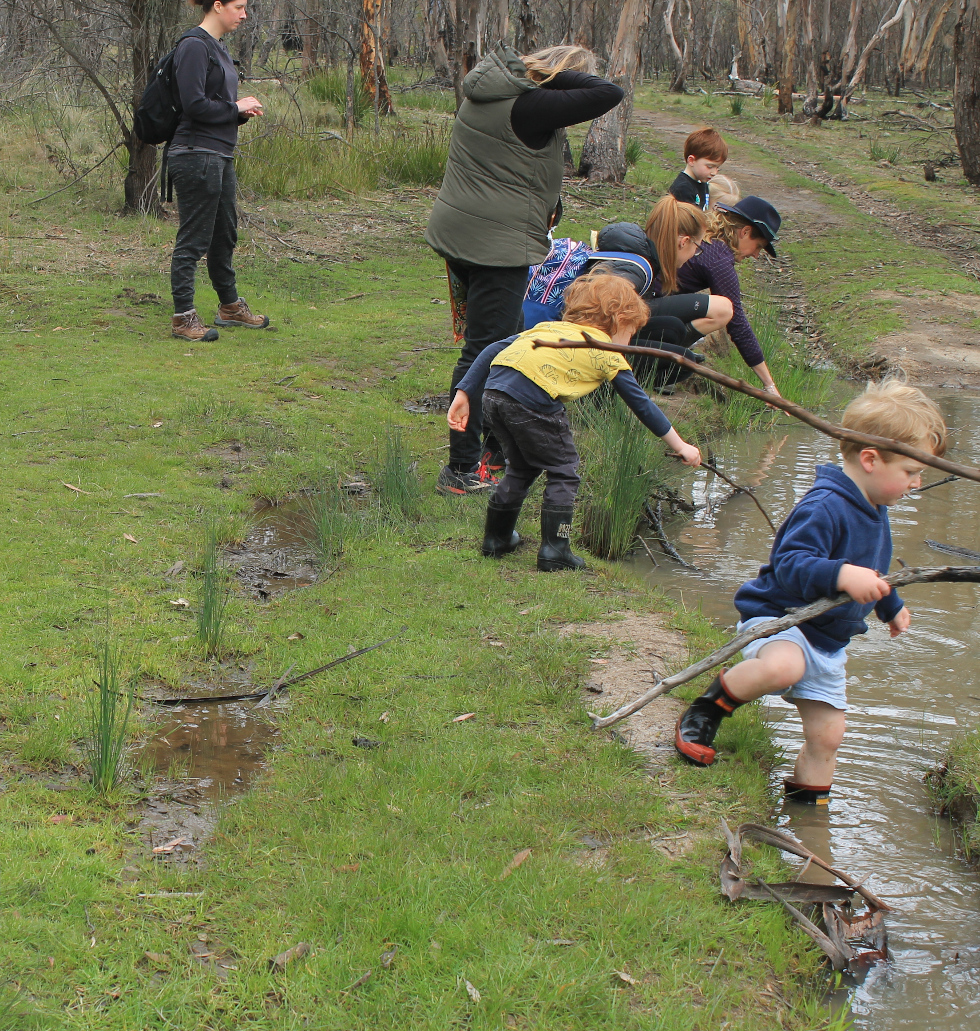 Some people, like me, are here for the first time, others are regulars. There are parents, grandparents and carers. One tells me she is encouraging her grandchild to become a little tougher, less adverse to wet feet. At our morning tea stop, a little fellow plays in a puddle some way off from the adults. He seems independent and cheerful, and you would not guess that when he first started coming, he was reluctant to leave his adult’s side. Ruth observes that the greatest transformations tend to happen in children who are initial­ly wary but accompanied by adults who are passionate about the space. Children who on their first visit do not want to leave their adult’s knee or perhaps even to go on the grass, can develop confidence to fully engage with the space, “mud, water, sticks, rocks and all.” 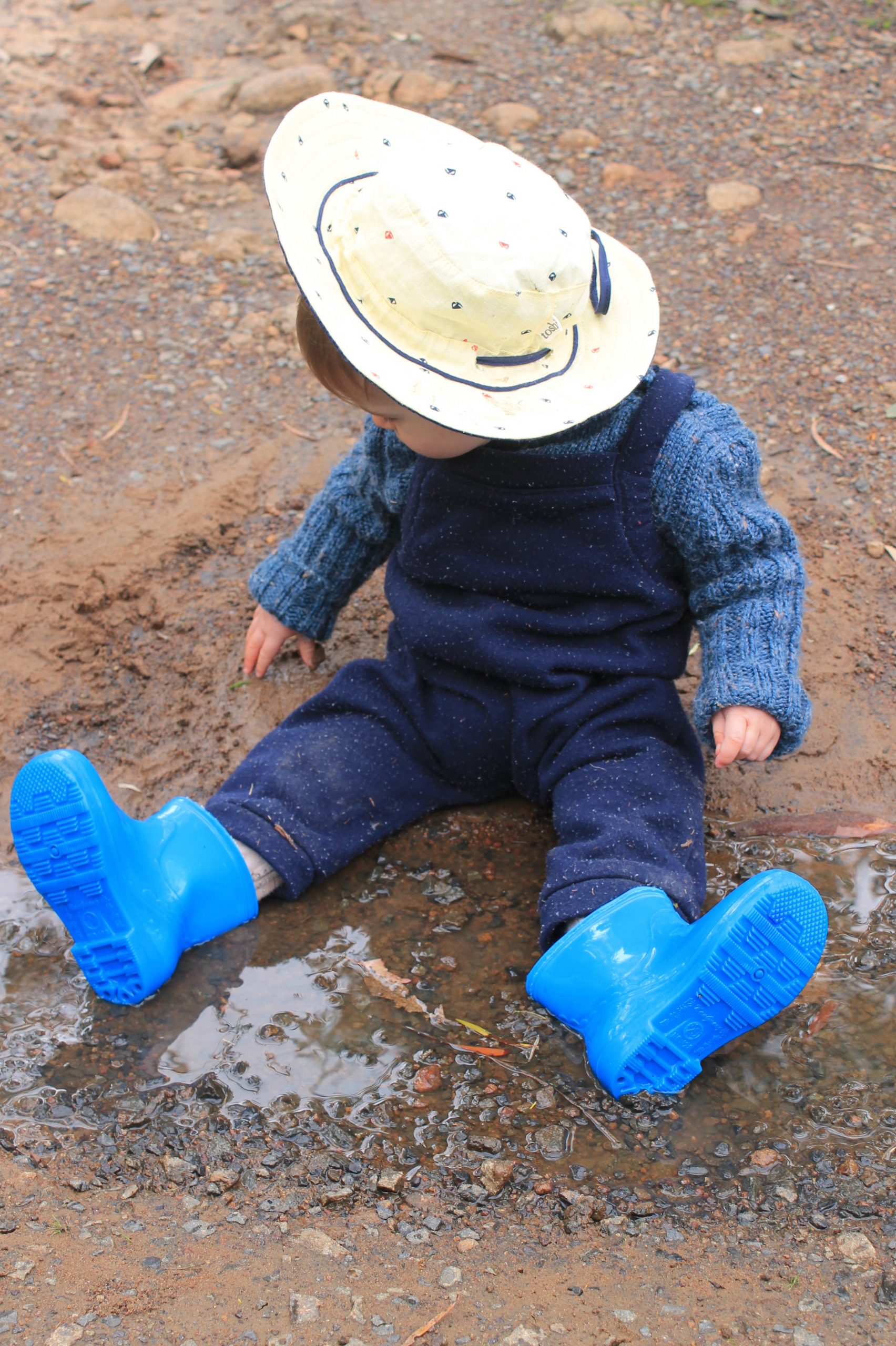 Alongside more obvious benefits such as resilience and gross motor skills, bush kinder can also help children to improve their oral literacy. As children begin to create friendships in this space, they be­come more independent, says Ruth, which helps them to develop their language skills further. “They’re talking with one another, they’re creating their own play, they’re problem solving. Along the track, there were some who were investigating the fungi that were around.” Usually, Learning on Country with an Aboriginal Education Worker is also an important part of the program, though this was not possible on the day we attend.

Like the children, I follow the lead of those around me: seeing others let their children play in the muddy water, I’m emboldened to do the same. I’ve brought gumboots but they are quickly kicked off and suddenly Theo is soggier than in­tended but seems happy. As he plays with found objects, I try not to hover as closely as usual, to relax a little more. Ruth later explains that children and adults tend to follow each other, “not in terms of footstep by footstep but activities and investigations…it’s very much communi­ty behaviour. There’s growth not just for children but for the adults as well.” We leave the day keen to return. 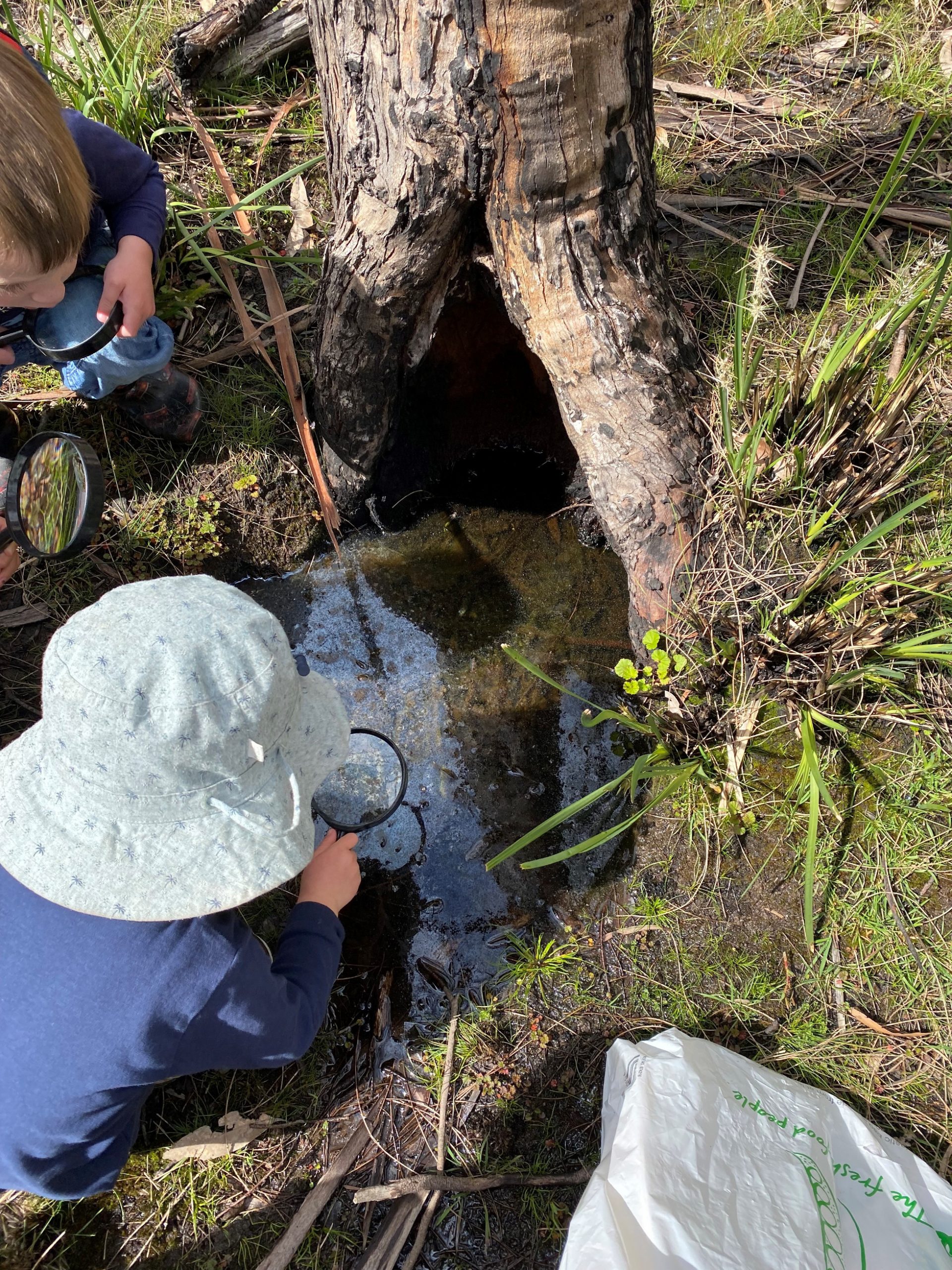 Bush Kinder is every Monday of the school term at the Sustainability Learning Centre, Olinda Grove, Mount Nelson. To register, visit their Facebook page.